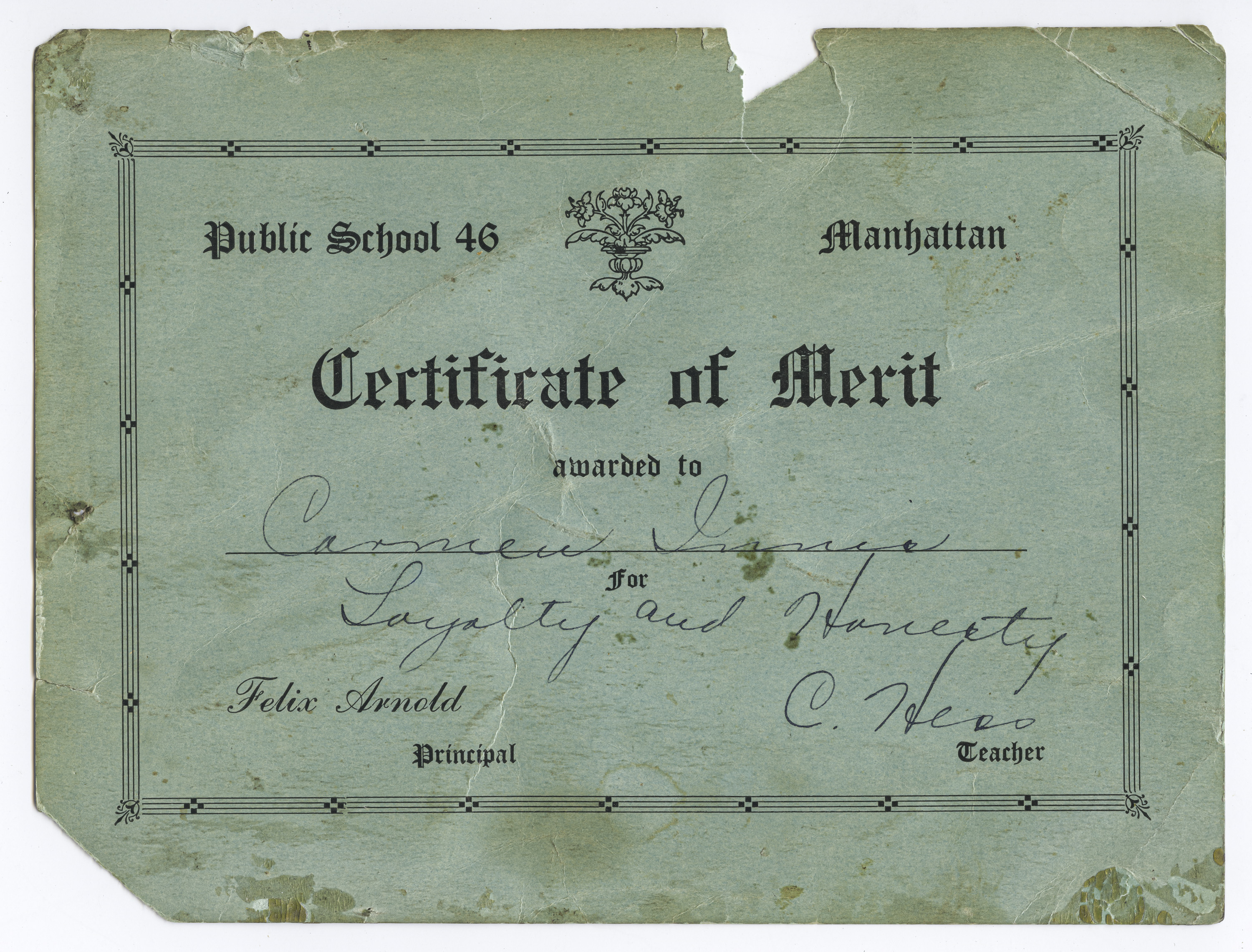 Notes: PS 46 is a New York Public elementary school located in Harlem (on Frederick Douglass near Harlem River Drive). The certificate has no dates noted on it but my guess is it is dated somewhere from 1936–1938, when my Umi’s mother was between 10 and 12 years old. My calculation is based on the story my grandmother told me about moving to Barbados as a young child and that upon return to school in the states, her classmates made fun of her because she had picked up a Bajan accent. In response, she deliberately unlearned that accent and was successful – any who knew my grandmother knew she had a very “New Yawk” accent. Her mother, Myra Inniss, had arrived in New York from Barbados in the 1910s. From the documents I have found, including my great-grandmother’s British passport and a ship manifest, it seems that my grandmother; her brother, Bernard, and her mother were gone from 1932-1935.