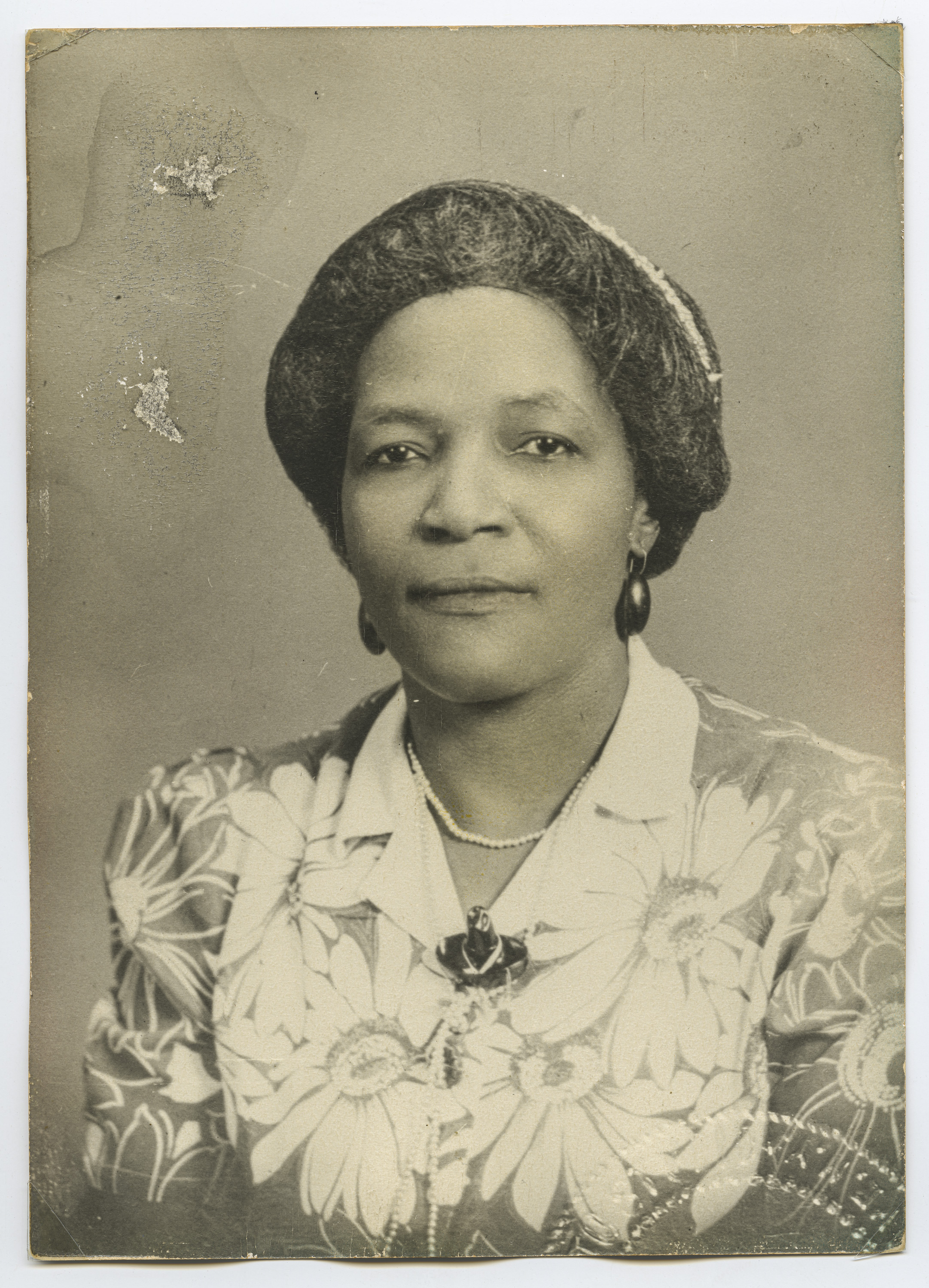 Notes: Umi’s paternal grandmother, Ella Beatrice Weekes, was born to Michael and Elizabeth Barzey on the (then) British island colony of Montserrat in 1891. She arrived in New York on the SS Parima in August 1912 and her occupation was listed as seamstress. She was the mother of six, Umi’s father was her oldest, born in 1916. She lived with her family in Harlem and then the Bronx before her death in 1945. This photo was likely taken in the late 1930s or early 1940s.