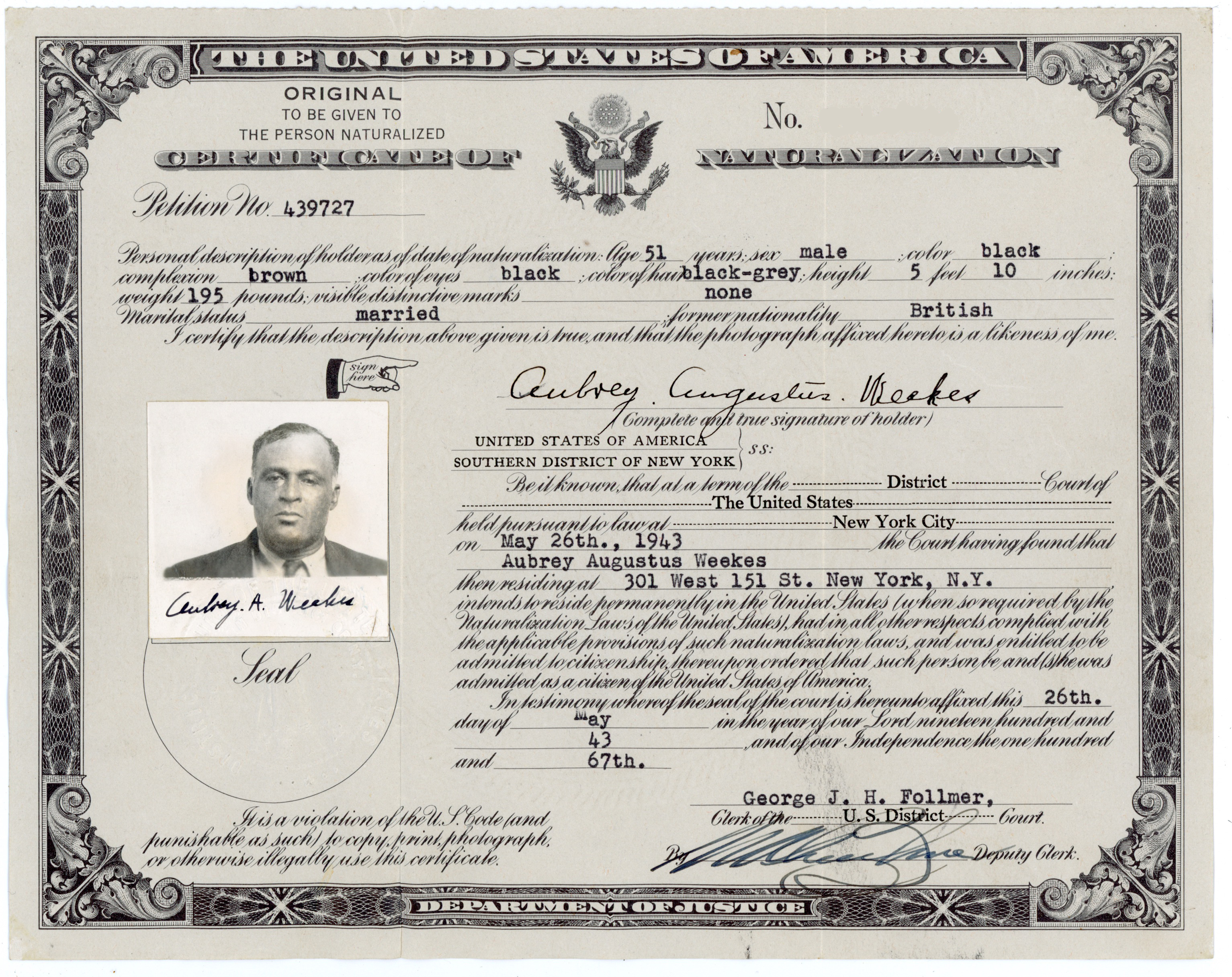 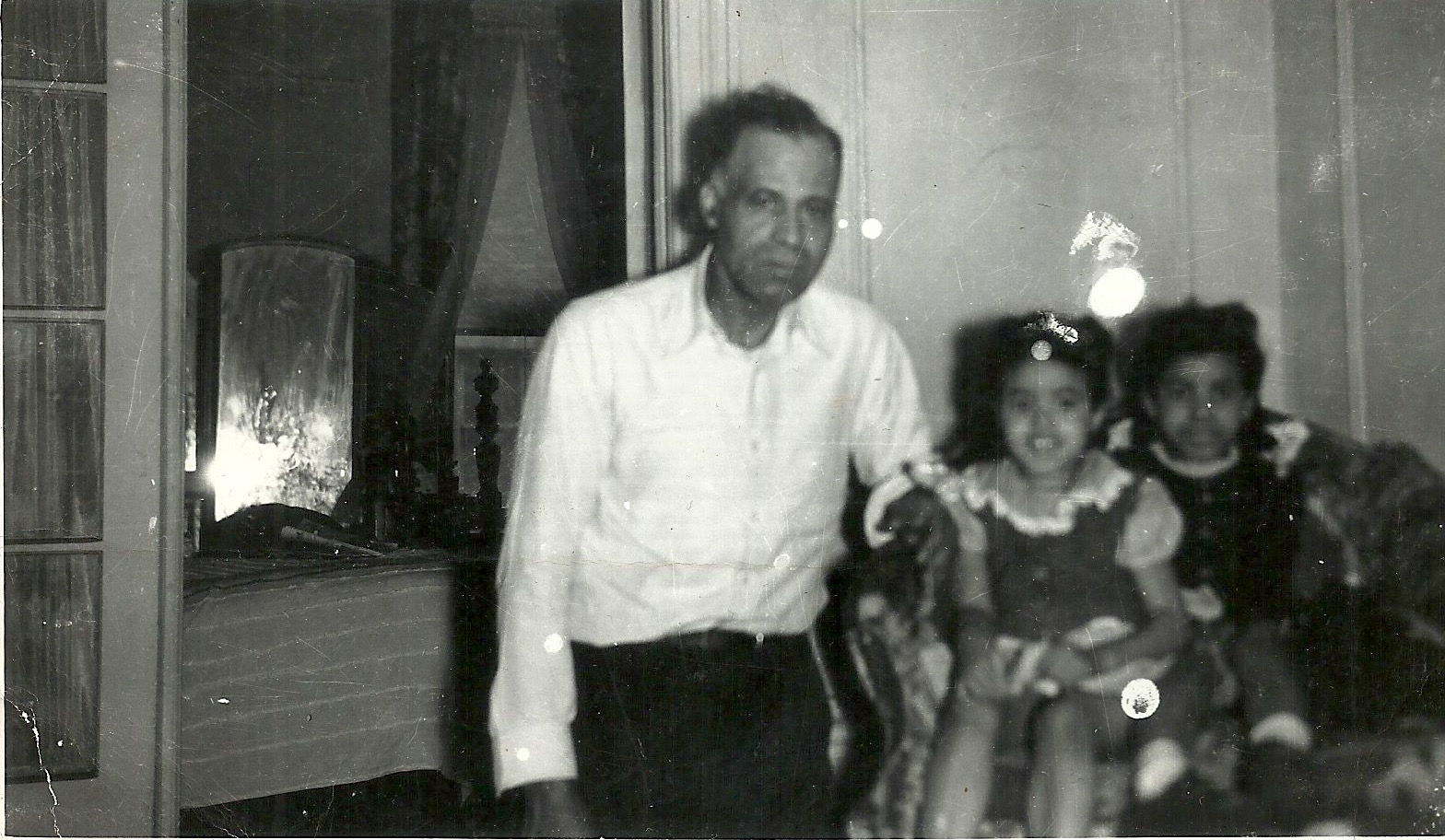 Notes: Umi's paternal grandfather, Aubrey Augustus Weekes, was born to Henry Pittman and Caroline (Daly) Weekes on the (then) British island colony of Montserrat in 1891. He immigrated via Maine in October of 1912. Married to Elle Beatrice Barzey, he had six children. On census documents, his occupation is listed as a laborer in buildings and a factory, and later a cleaner in a steel factory. My mother once commented when she saw a picture of her grandfather who died before she was born, "Who is this white man?!" He was not white, but he did have a recent white ancestor.