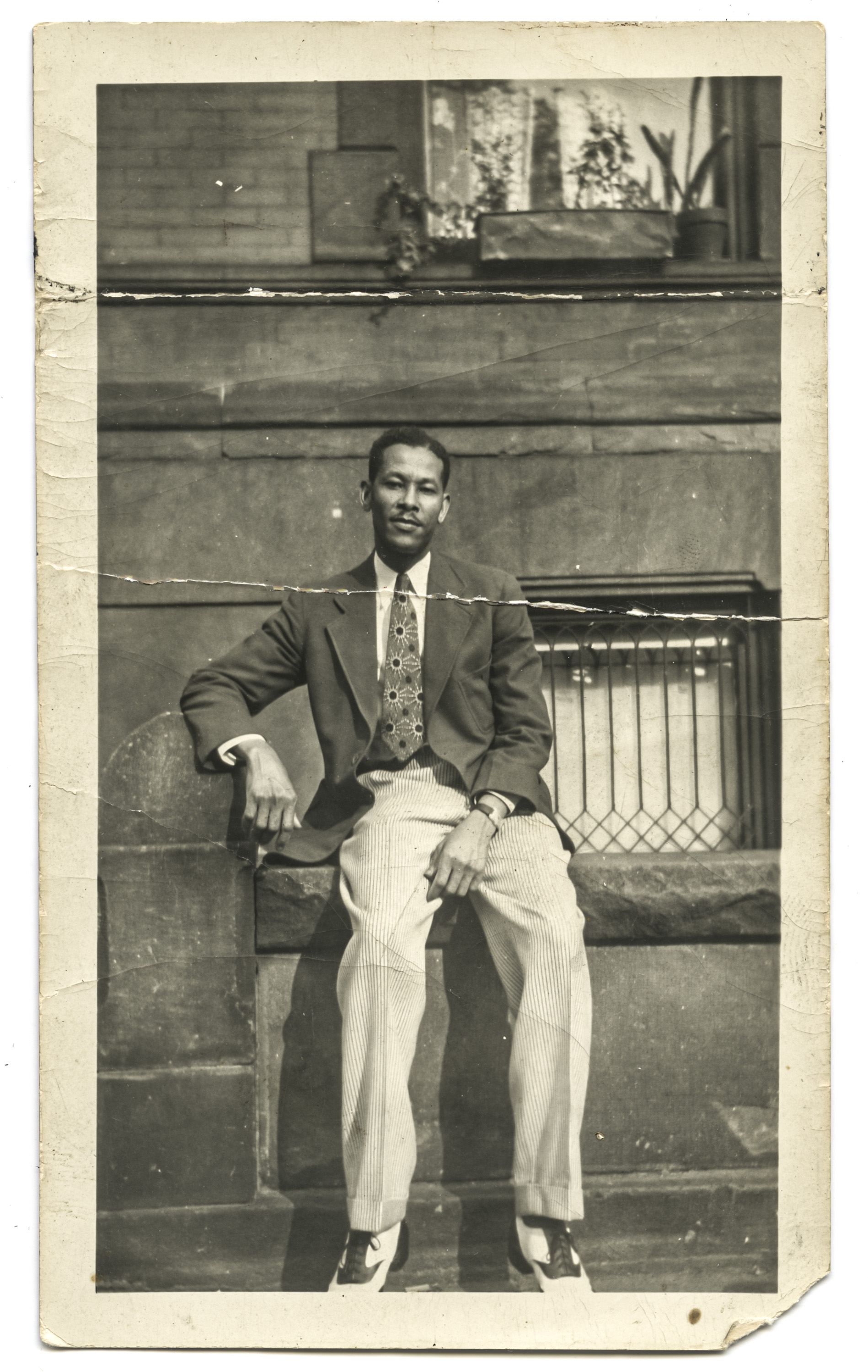 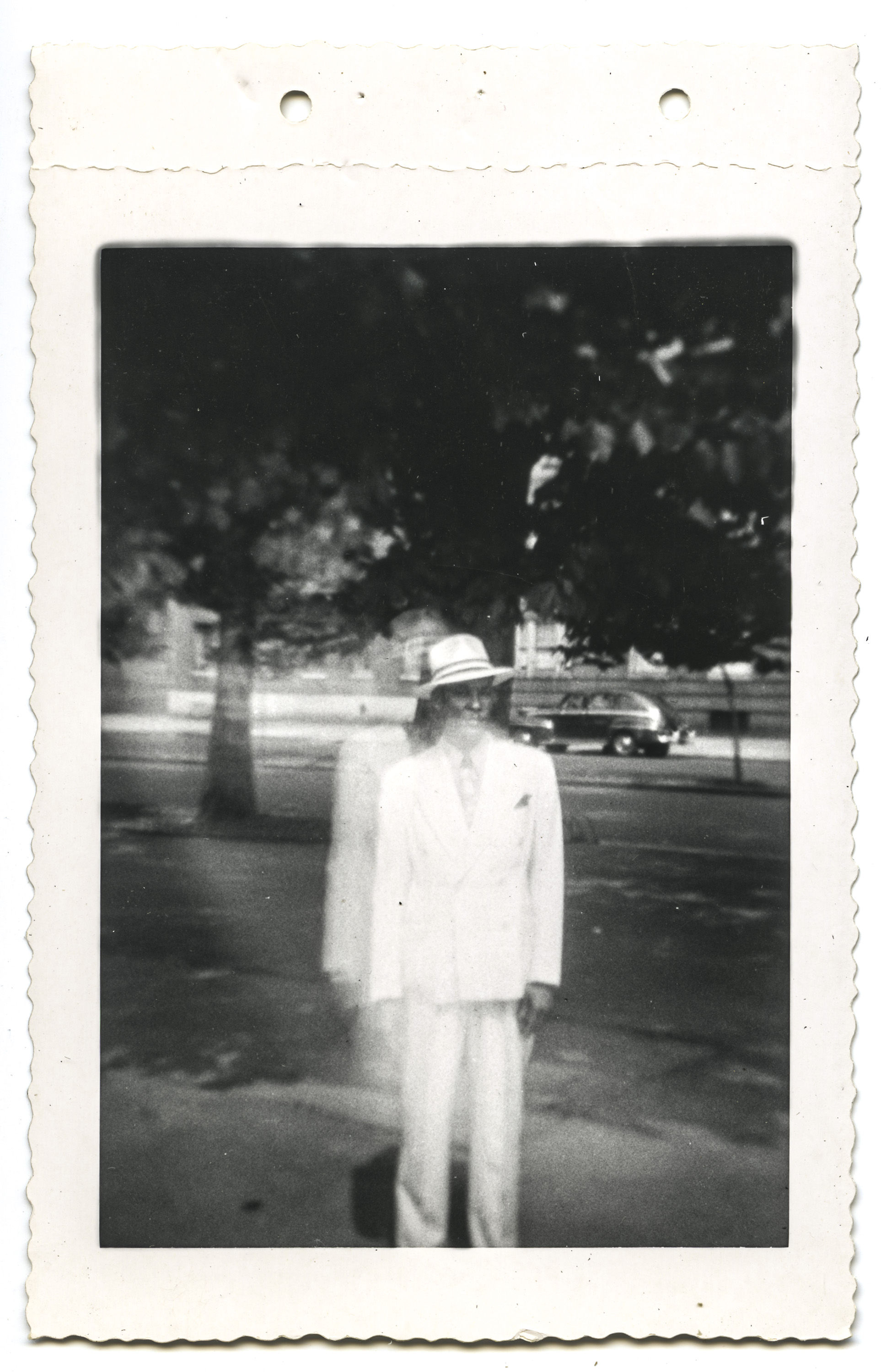 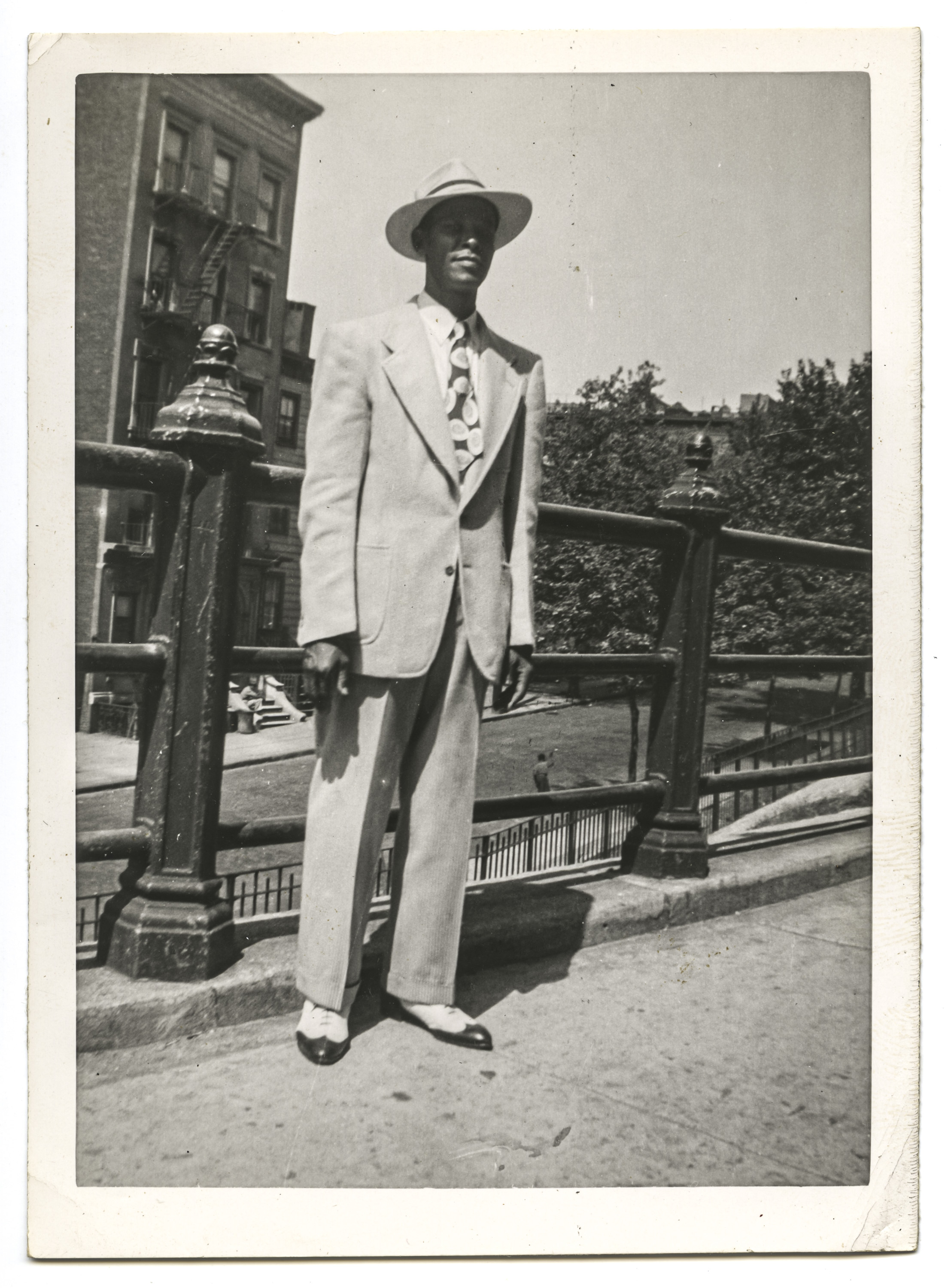 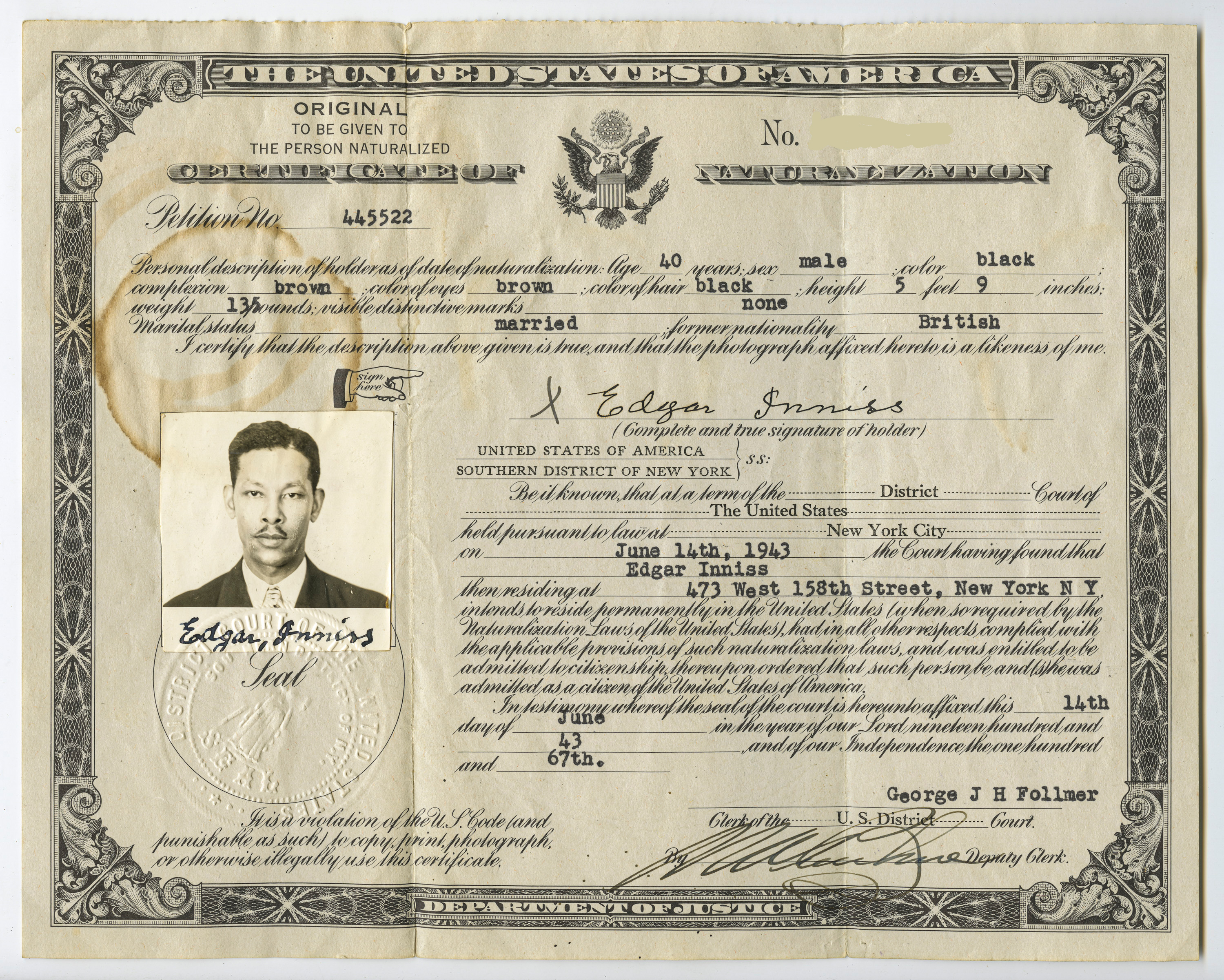 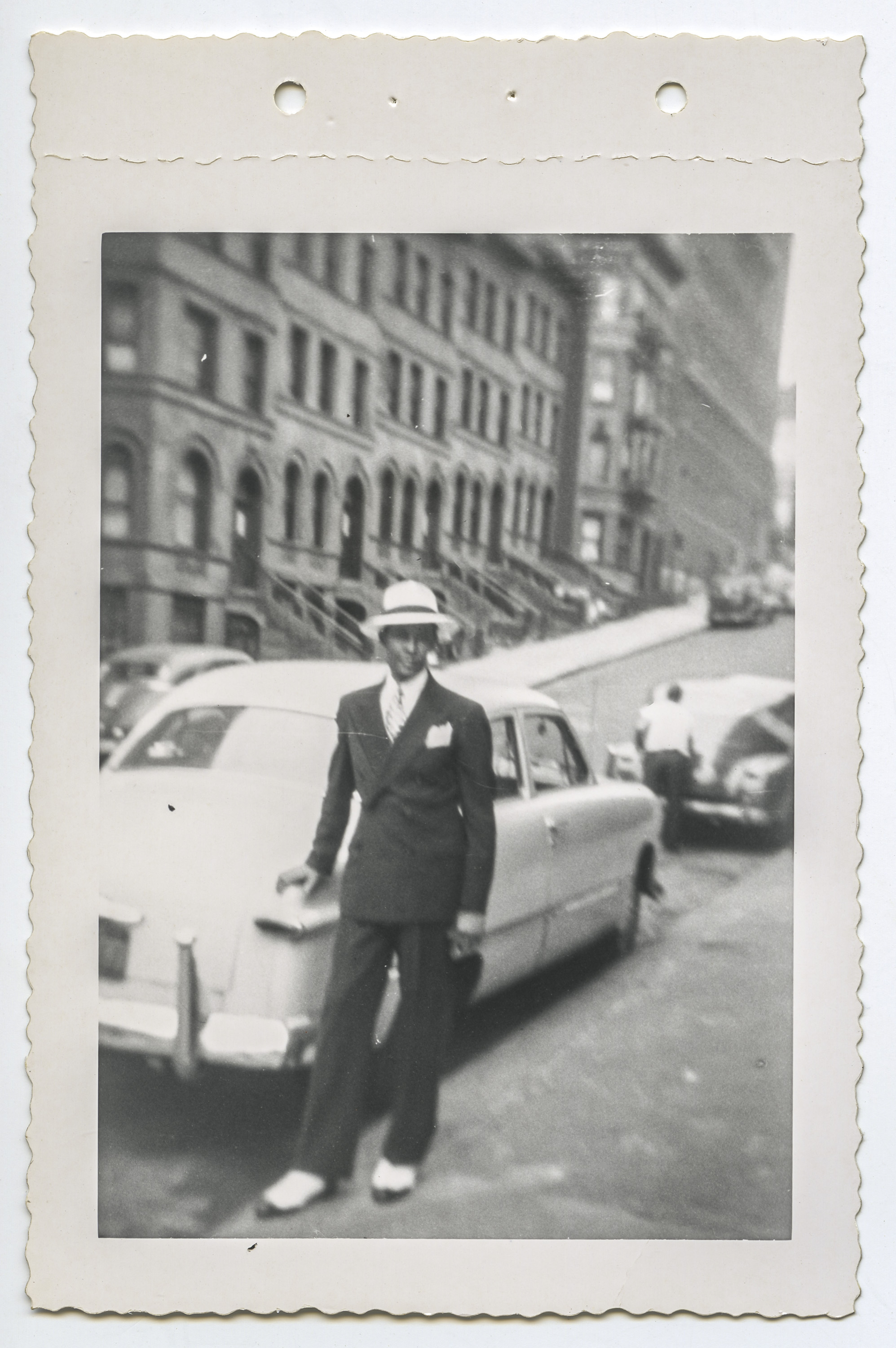 Notes: Edgar De’Redvers Inniss was born to Phillip and Lillian (Licorish) Inniss on the (then) British island colony of Barbados in 1902. He immigrated to the US in 1924, about six months before he married Myra Etheline Riley. Unlike Umi’s grandmother, there are a nice number of photos of her grandfather, who everyone called Fred. (That’s how I knew him and was so confused when I discovered his official name was Edgar. This article suggests this is a Caribbean practice with roots in African tradition.) There are photos of him with Umi and her brother as little children and quite a few photos of him stylin’ and profiln’. Unlike my great-grandmother Myra, I do remember Fred, who passed two years after her. He used to make me fried frankfurters sliced down the middle and sneak me Entenmann's chocolate chip cookies.