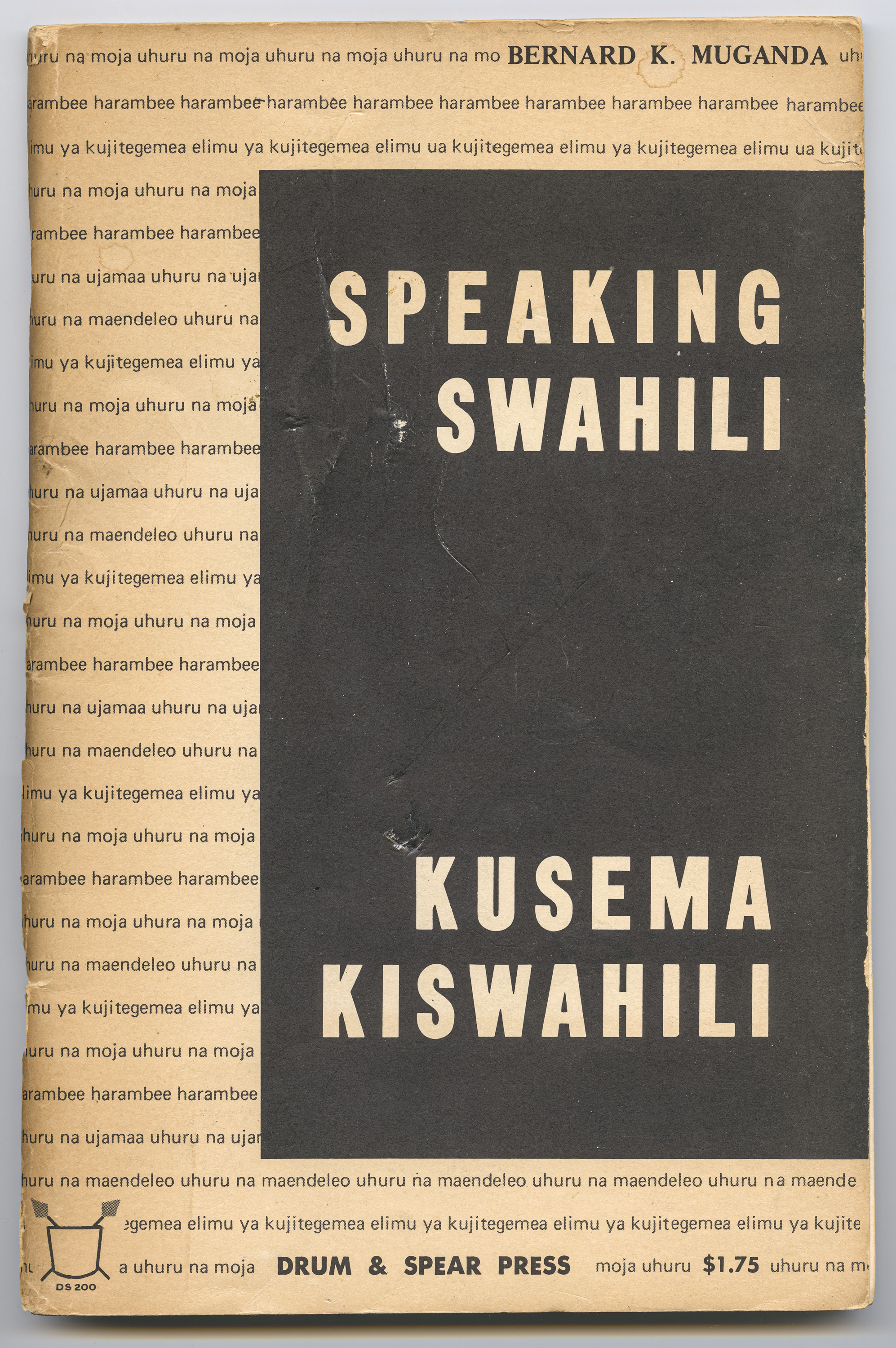 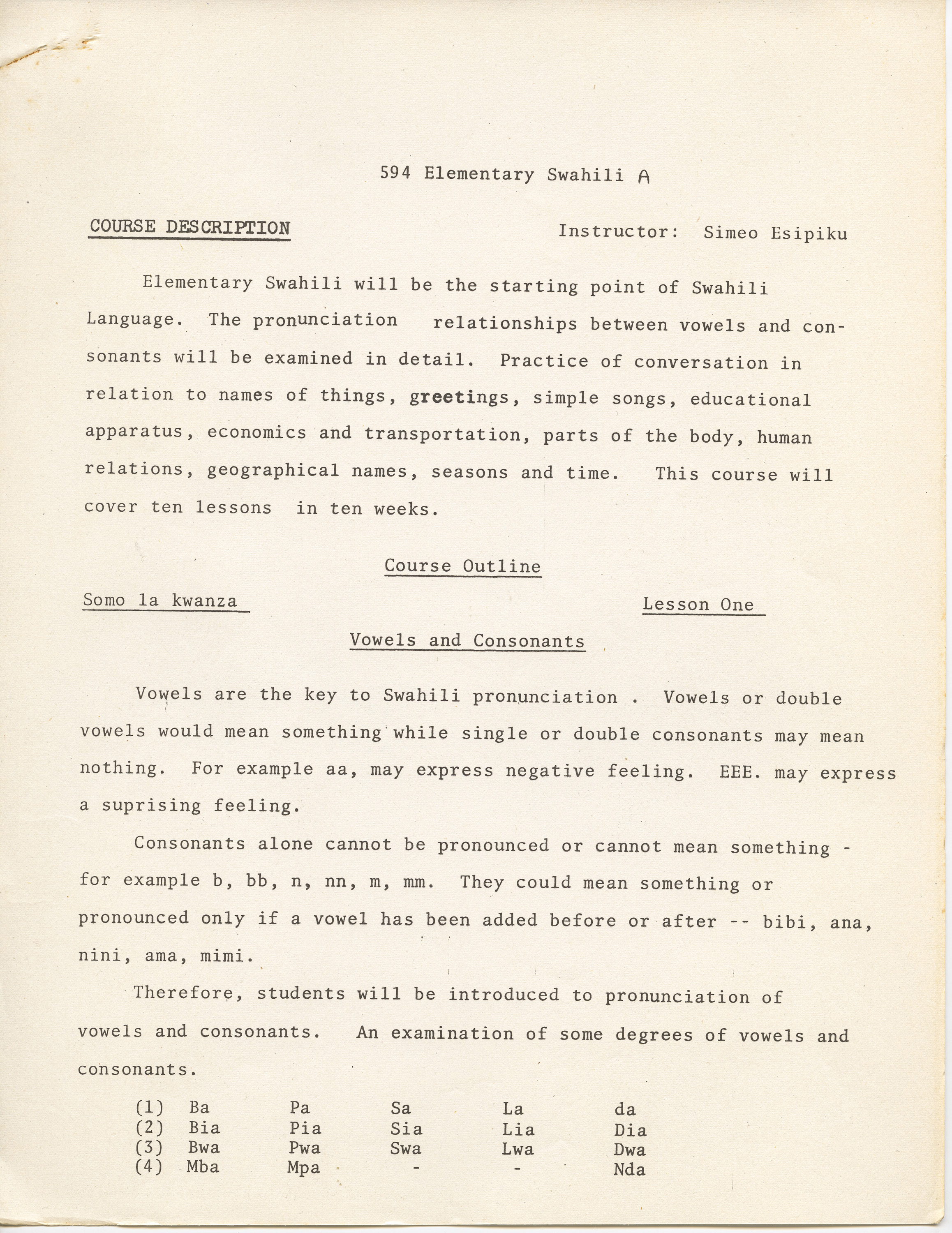 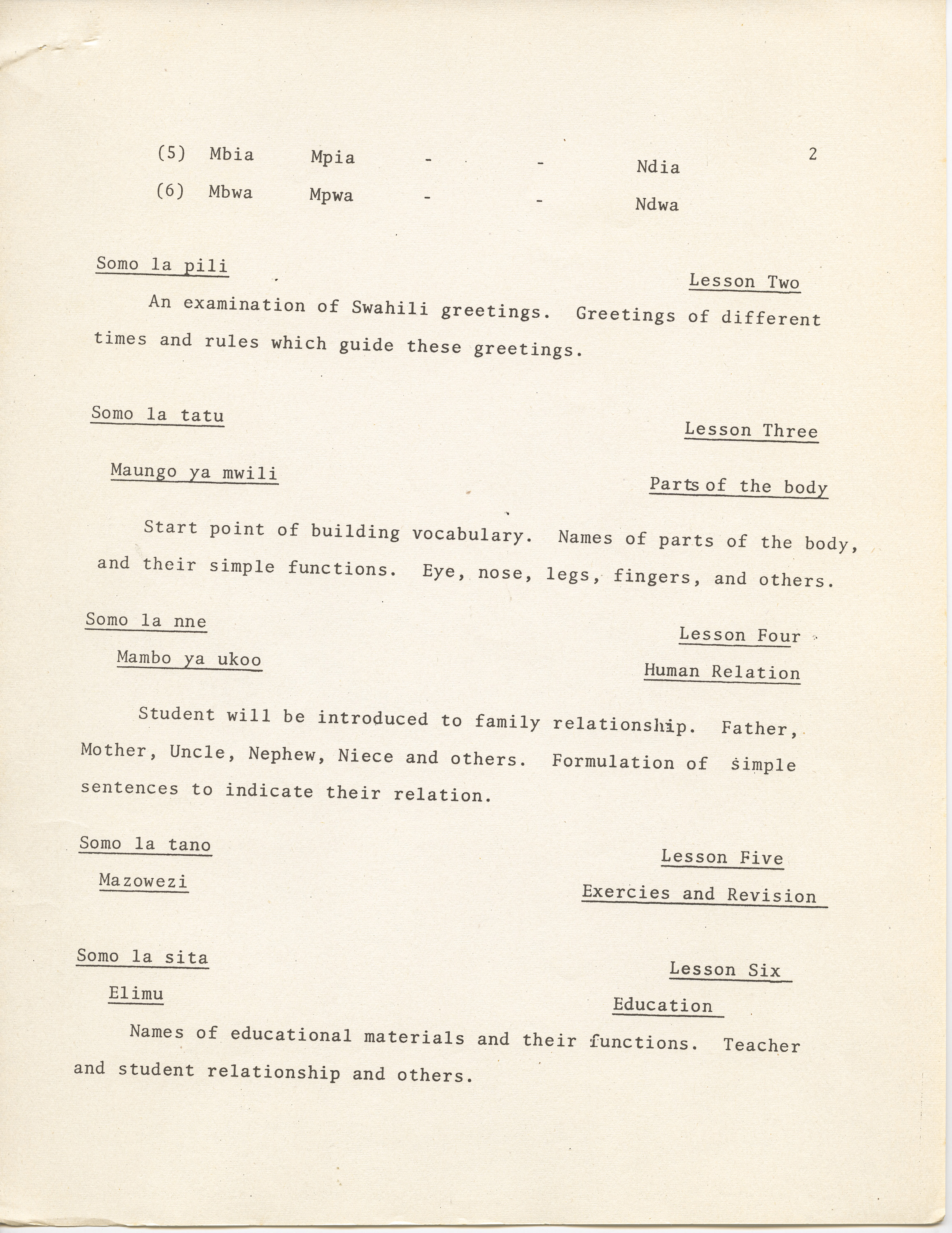 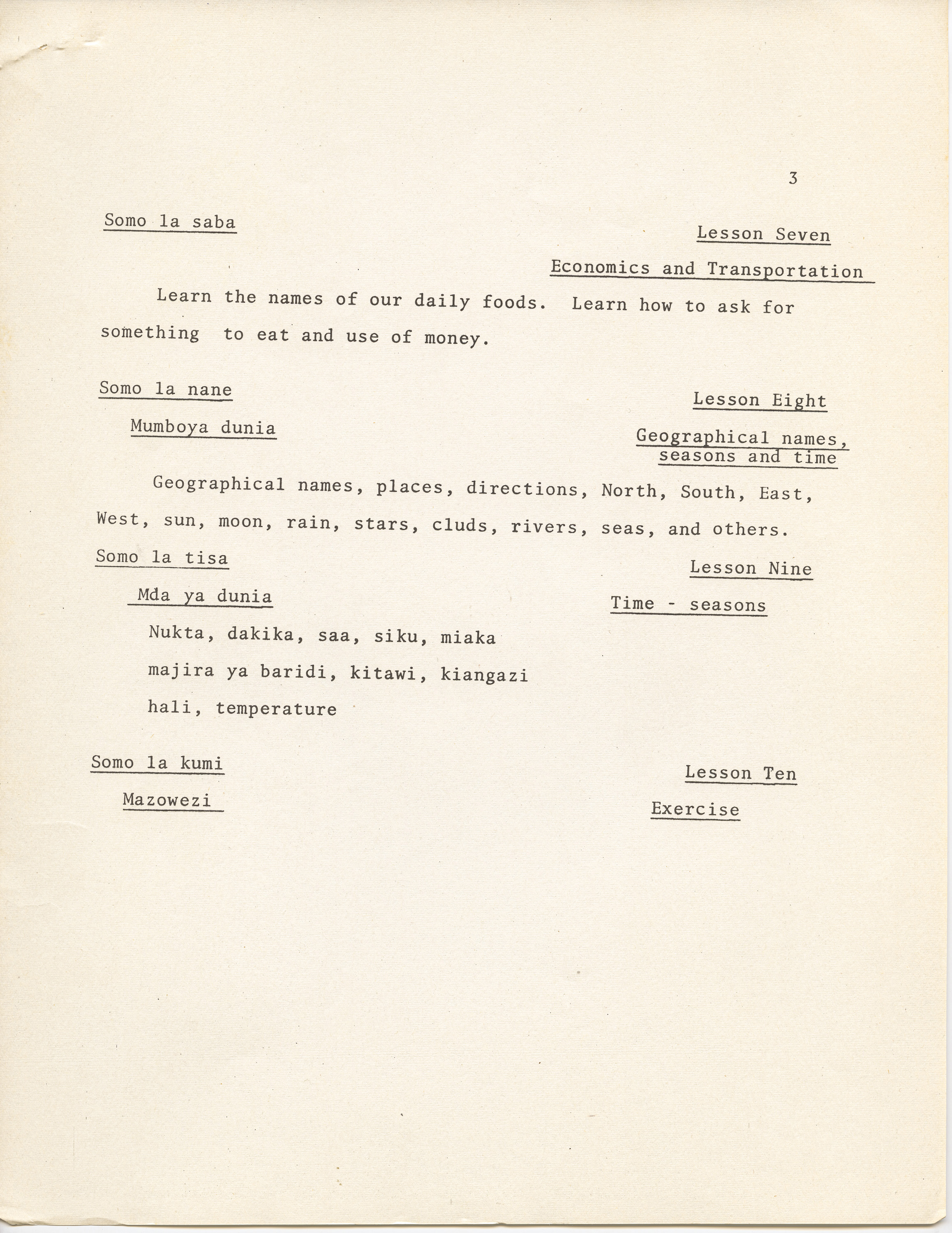 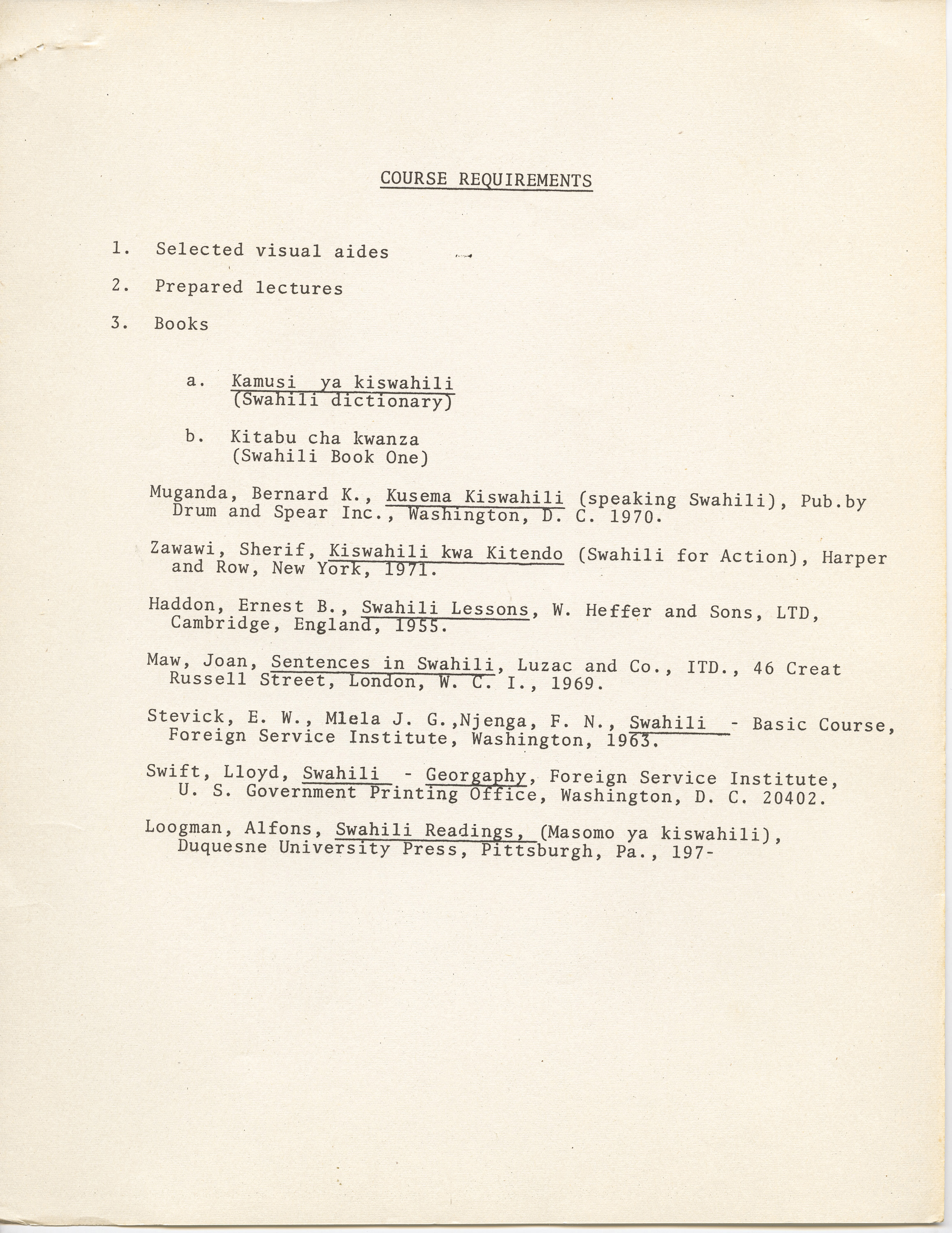 Textbook and syllabus from Elementary Swahili class Umi took in the winter quarter of 1969 at Ohio State University.

Notes: The move toward Afrocentricity included language – learning and incorporating at the very least terms and phrases, if not whole languages indigenous to the African continent in everyday Black life. Of the many, many languages on the African continent, Kiswahili became the lingua franca of Afrocentricity. Long a language of trade in Africa, the language policies of Tanzania’s first president, Nyerere, which promoted Swahili as a language of African ujamaa (self-determination) and decolonization, is credited for inspiring Black US Americans like Ron Karenga with adopting Swahili. Umi was an activist committed to Pan-Africanism and Afrocentricity, which explains her interest in Swahili. While an undergraduate and graduate student at Ohio State, Umi took Elementary and Intermediate Swahili alongside European languages (Spanish and French) and other course work in politics, history, and dance.