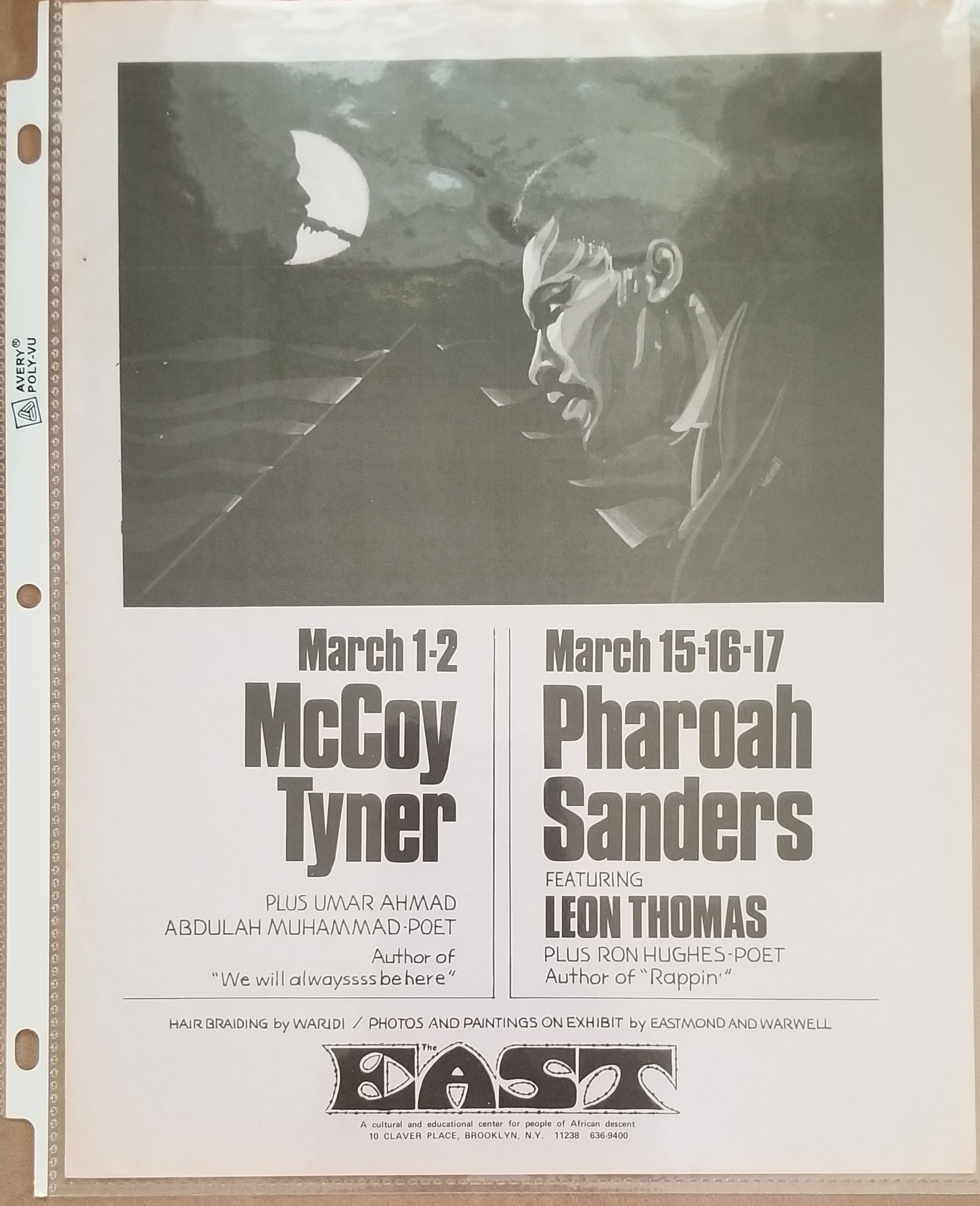 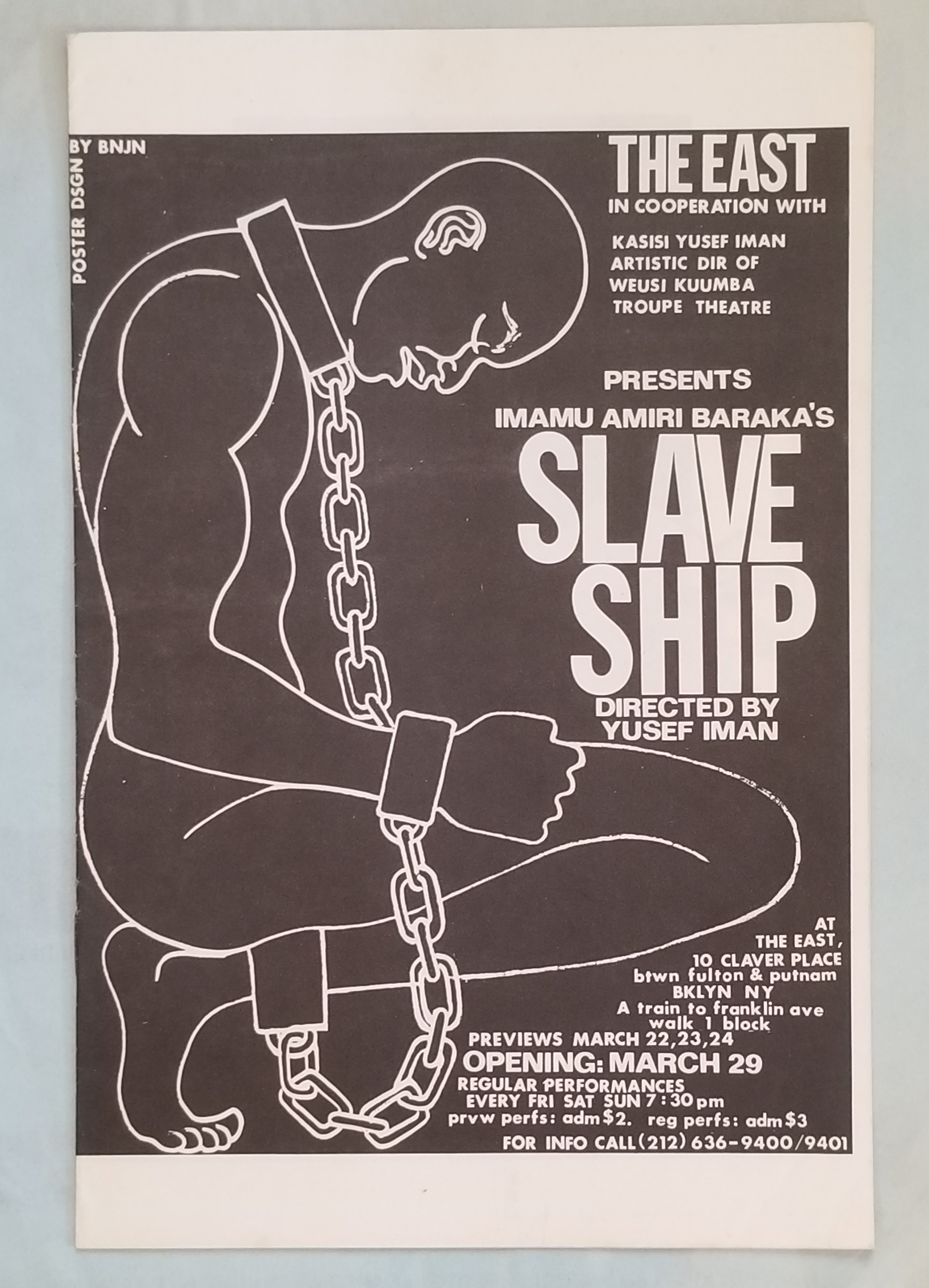 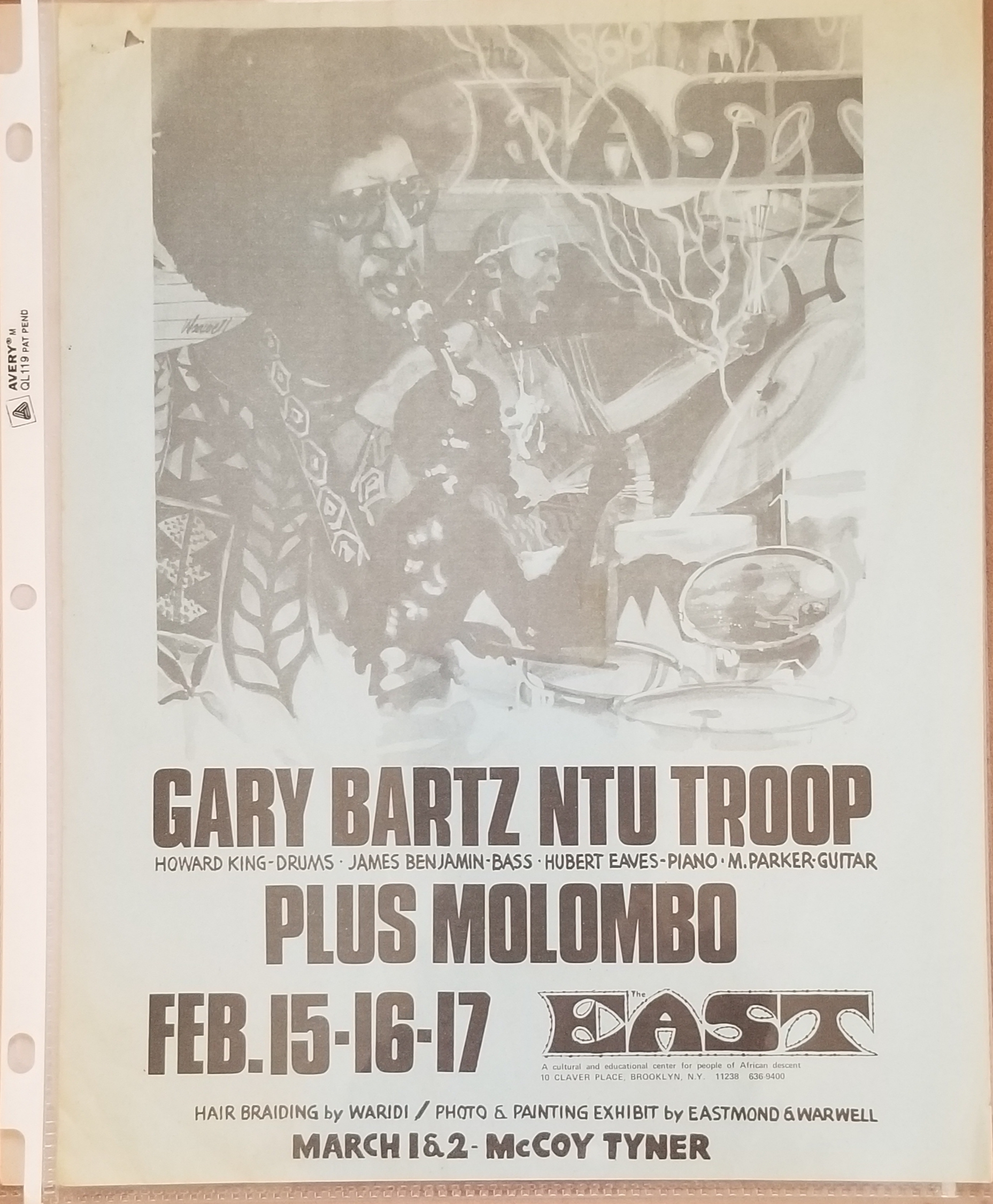 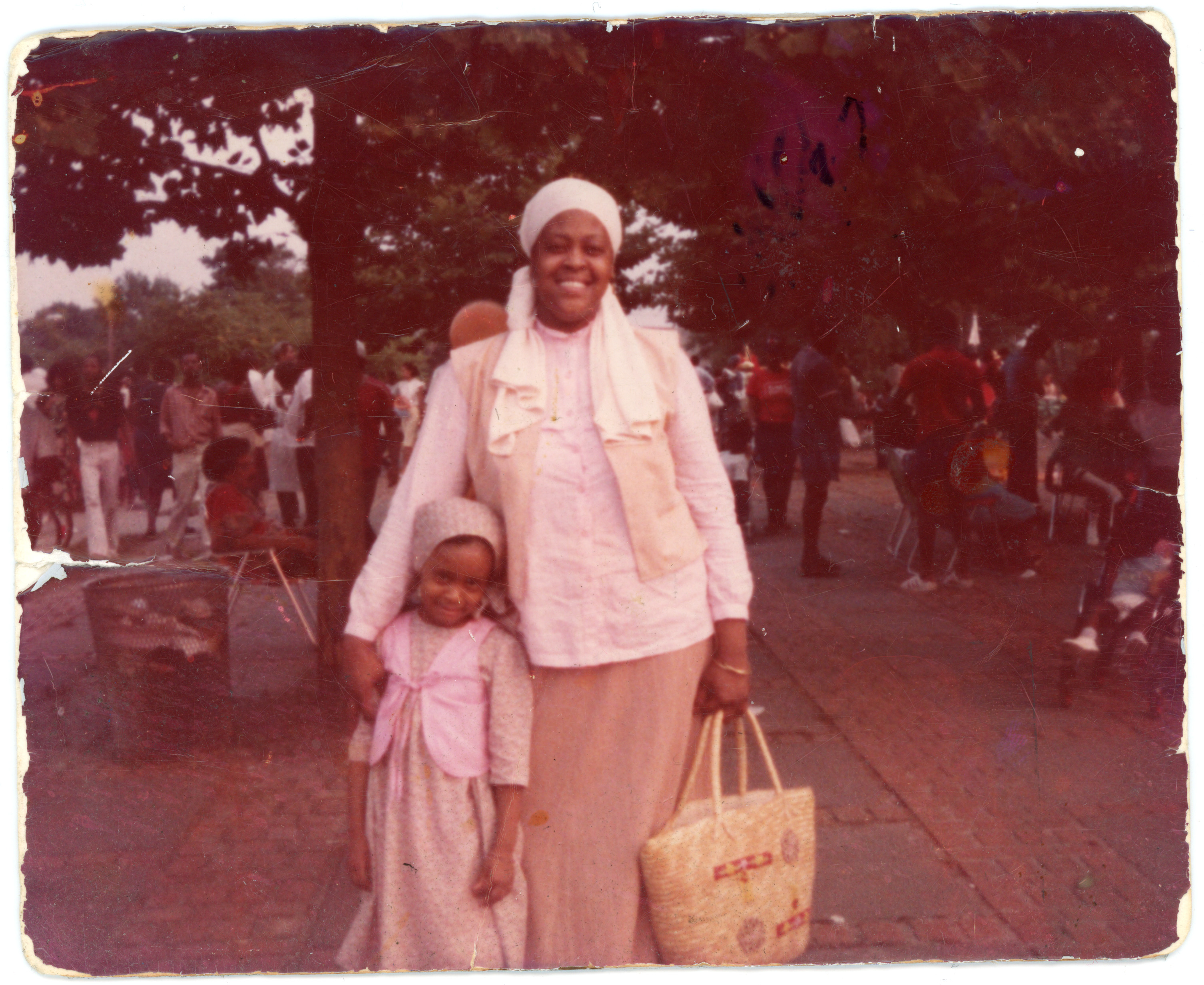 Flyers from events at The East in the early 1970s, courtesy of Jefferson Guinn. Photo of Umi and I at a cultural festival.

Notes: The East was a cultural and educational center for people of African descent established in 1969 in the Bedford-Stuyvesant section of Brooklyn, NY. On visits to NYC from Columbus in the early 1970s, Umi and Jeff, her college boyfriend, attended jazz concerts at its location on Claver Place. I knew of The East through its annual festival now known as the International African Arts Festival. Now in its 50th year, The East, or street festival as my generation still tends to refer to it, remains like its origins a cultural institution that embraces and promotes afrocentric and pan-african sensibilities and makes space for all kinds of Blackness – from ankhs, homeopathic elixirs, and West African Dance to steak-n-take sandwiches, too sweet lemonade, and vendors with the deep soul and dancehall mixes. I am not sure if this photo is from The East itself. However, it was definitely a similar Black space and thus reflects Umi’s continued commitment to Afrocentricity and Pan-Africanism, bringing me along even when I was less than enthusiastic!