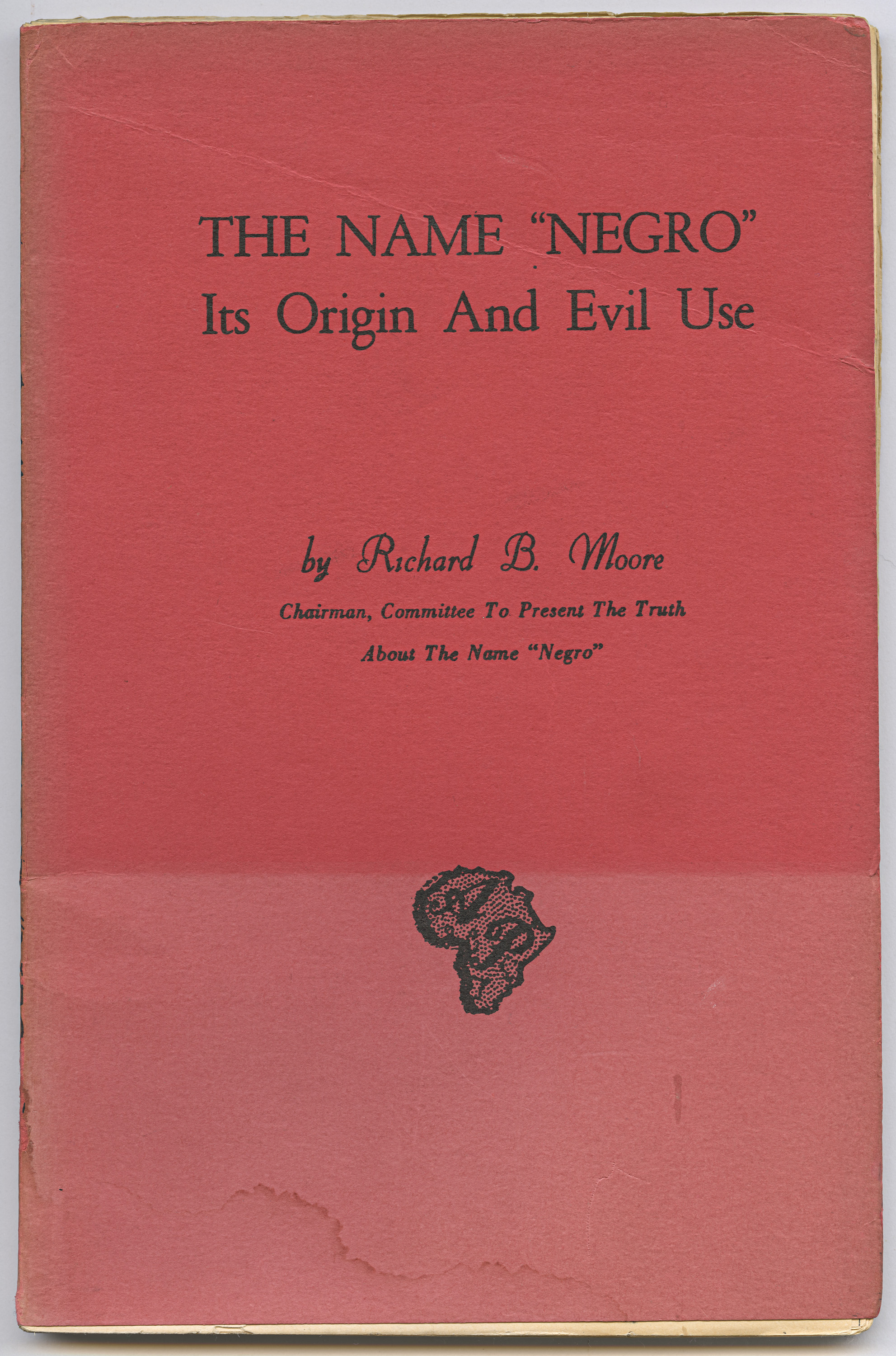 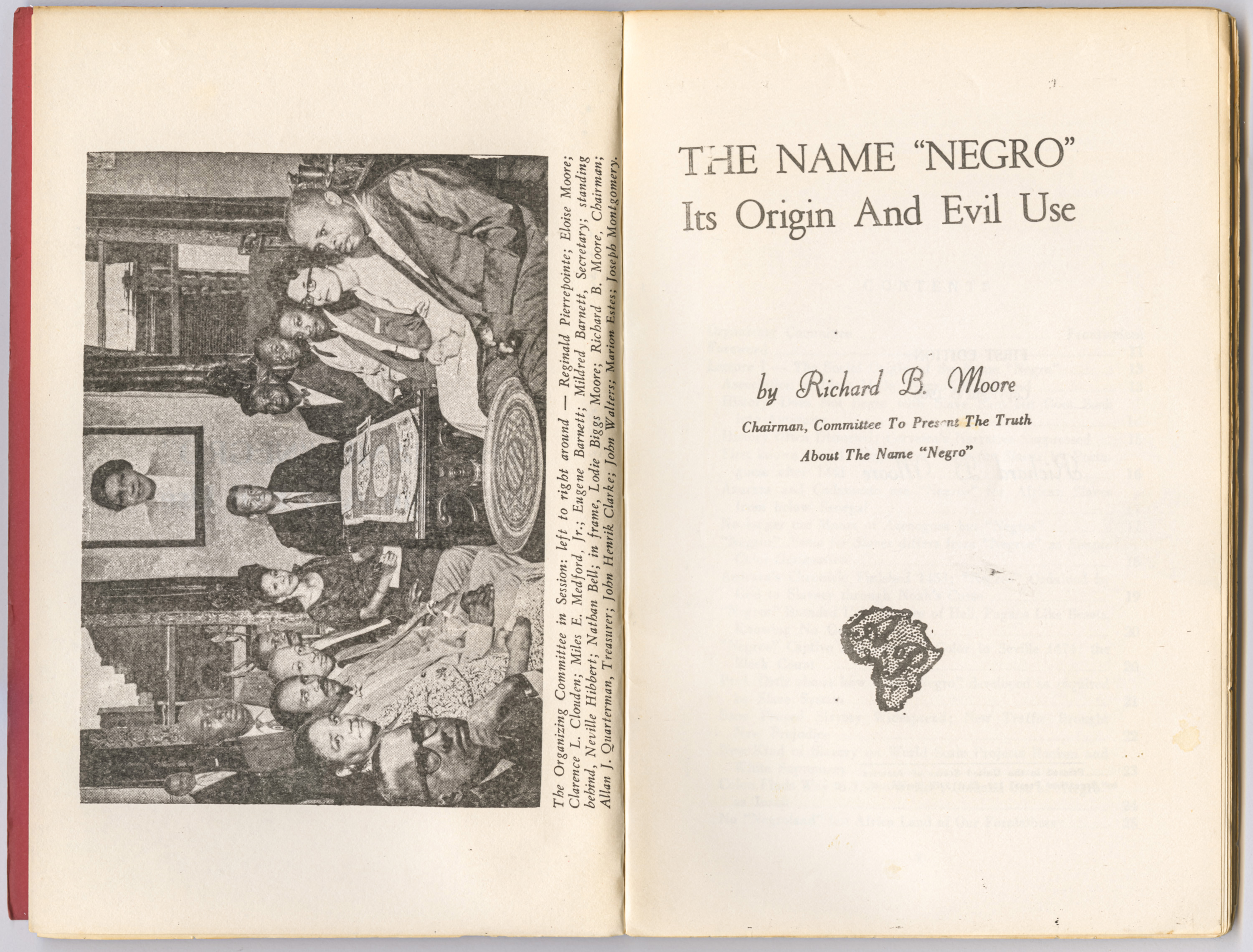 First edition copy of The Name “Negro”: It’s Origin and Evil Use.

Notes: In the forward to the 83-page text, the author, the Barbados-born activist, communist, publisher, and New Yorker, Richard B. Moore, narrates its history. The book came as a consequence of a request for a discussion on the topic. A committee was then formed and the lecture was given on “a Sunday afternoon, May 29, 1960 in the auditorium of the United Mutual Life Insurance Company at 310 Lenox Avenue in the city of New York.” At the event, the committee’s secretary read communiques received from heads of permanent missions at the UN. A "Mr. Azim," from Yemen’s consulate, was in attendance and greeted the gathering. Introductory remarks were given by the noted John Henrik Clarke, who is in the committee photo. After explaining the process of compilation, which included using proceedings from that day as well as including the work of scholars like Fernando Ortiz and the inclusion of a second lecture, Moore concludes the forward with:

“It is hoped, however, that this question has been adequately examined, properly plumbled, and lucidly stated. So it is hoped, therefore, that that this will conduce the adoption of proper names: African for the native people of Africa, Afroamerican for the people of African ancestry in the United States of America, and similar names for people of like origin elsewhere, denoting their connection with land, history and cultures as well as their present national identity.”

The book also includes copies of letters to and from the New York Times about the use of the the term “negro” and a 10-point plan of campaign mobilization.