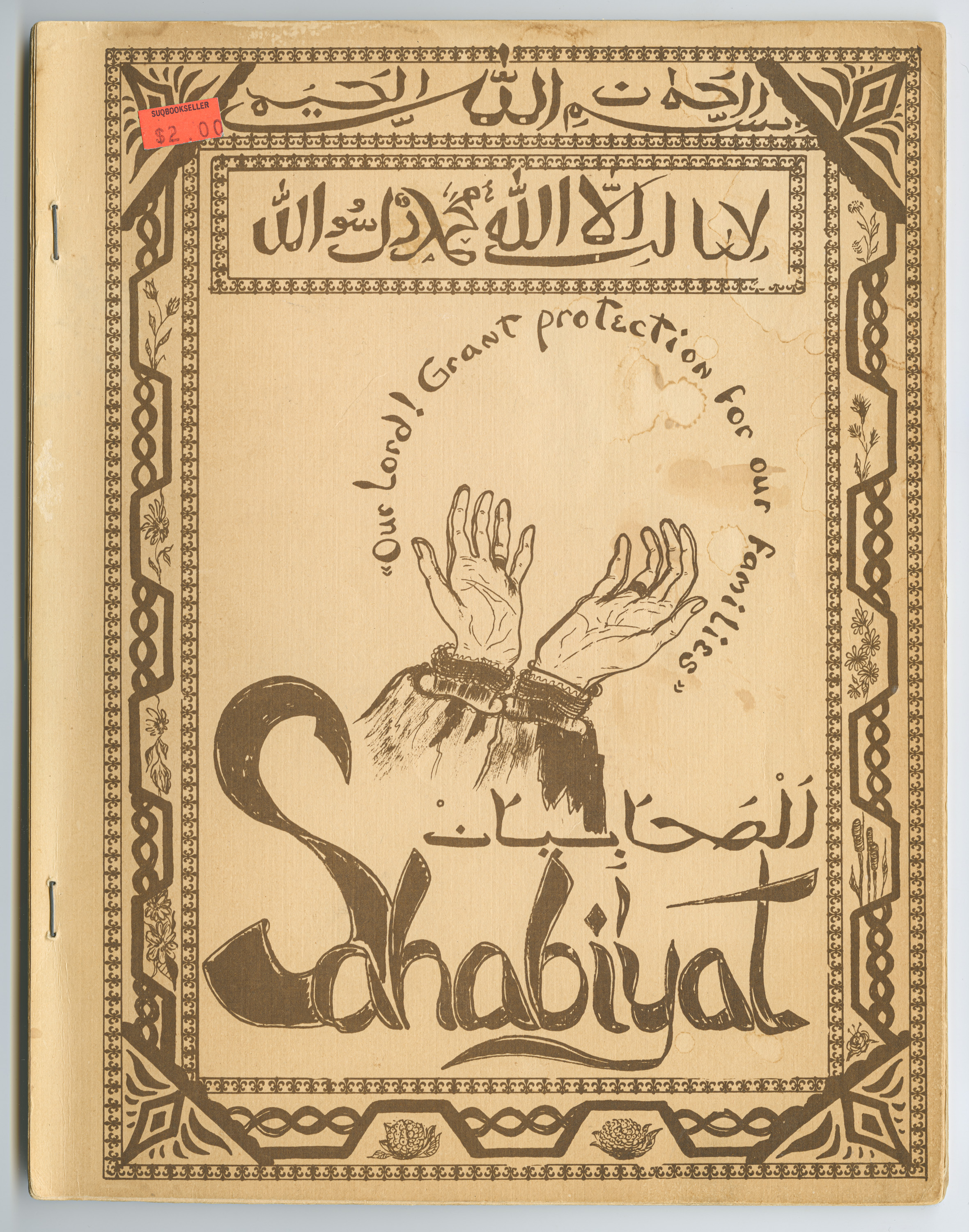 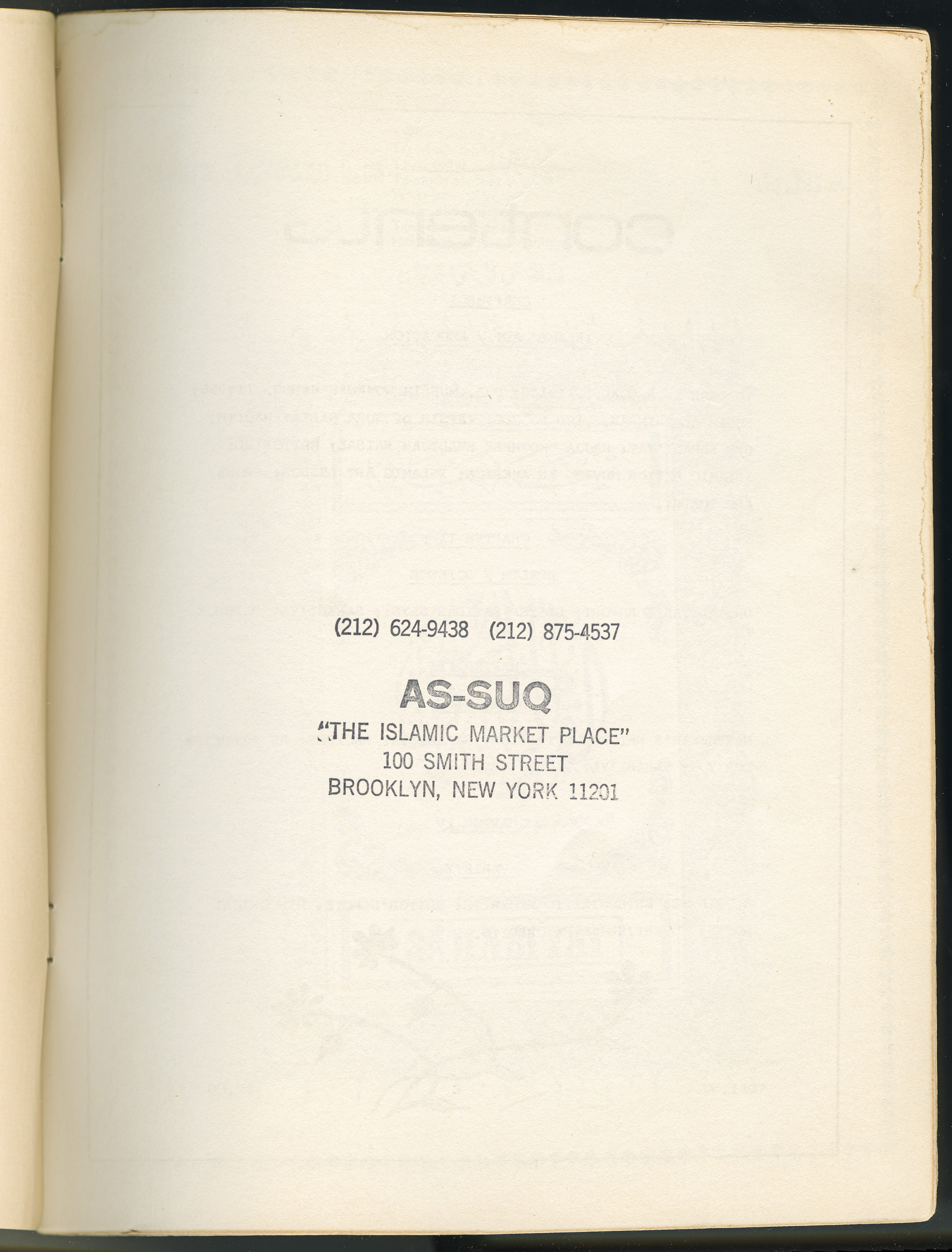 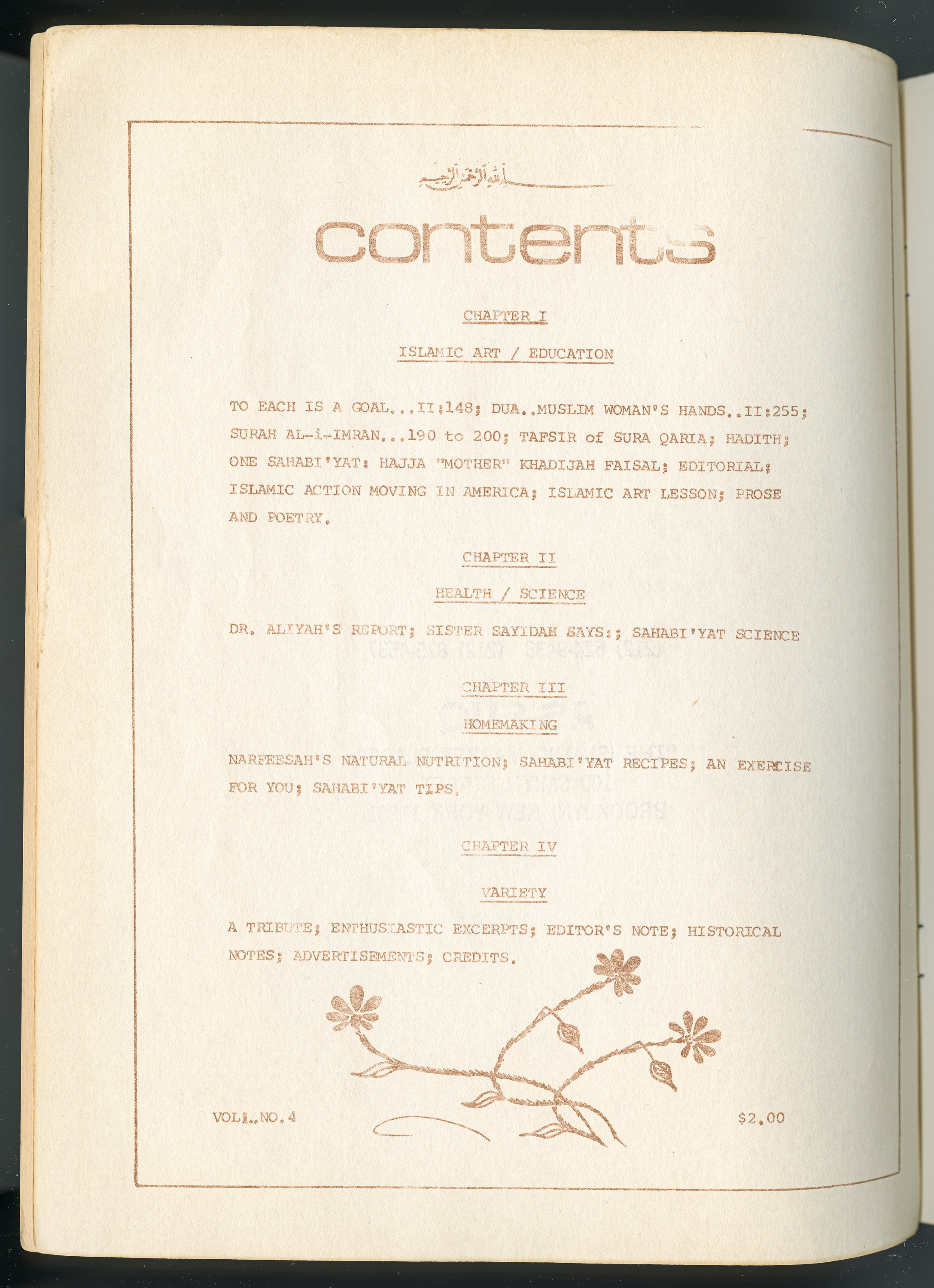 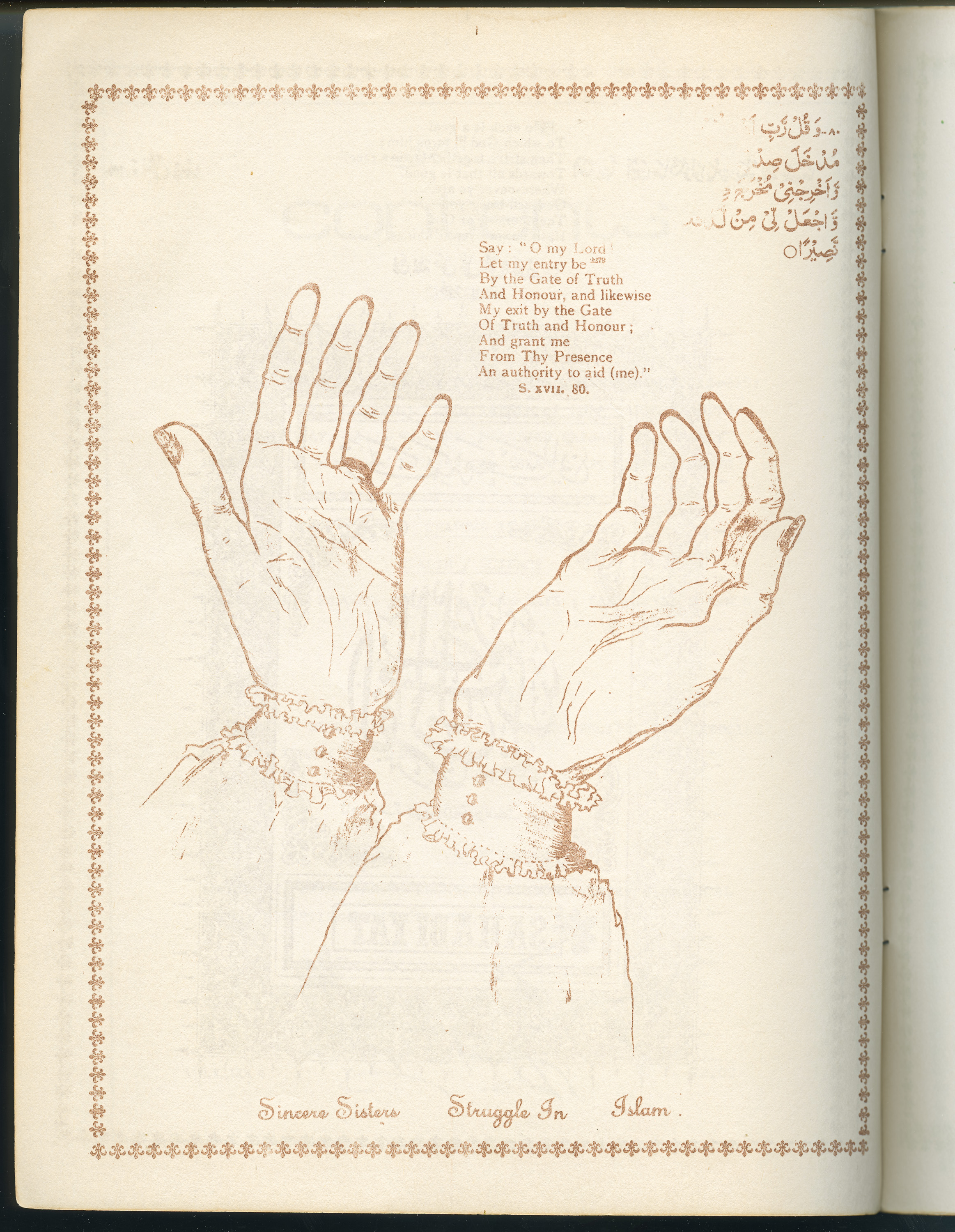 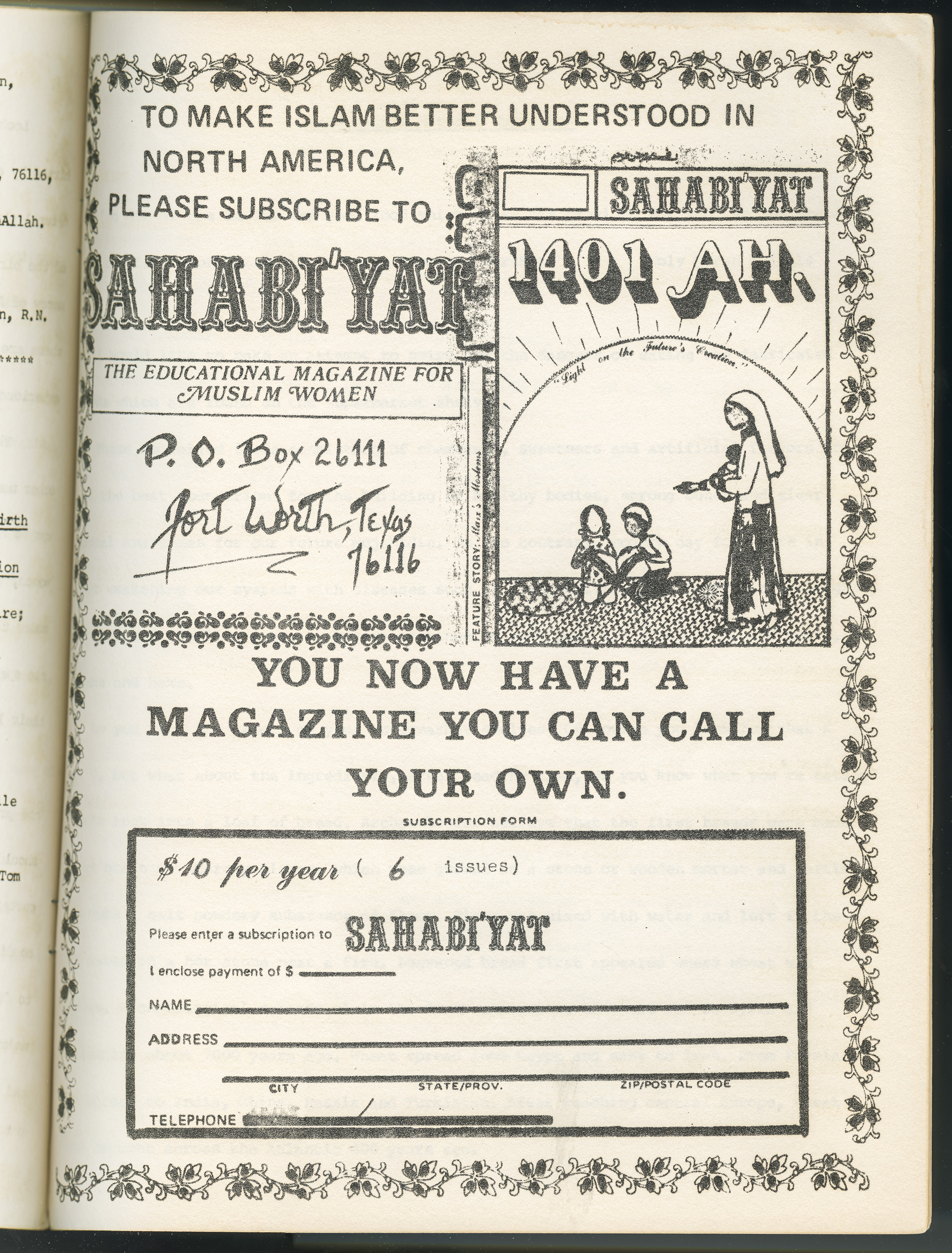 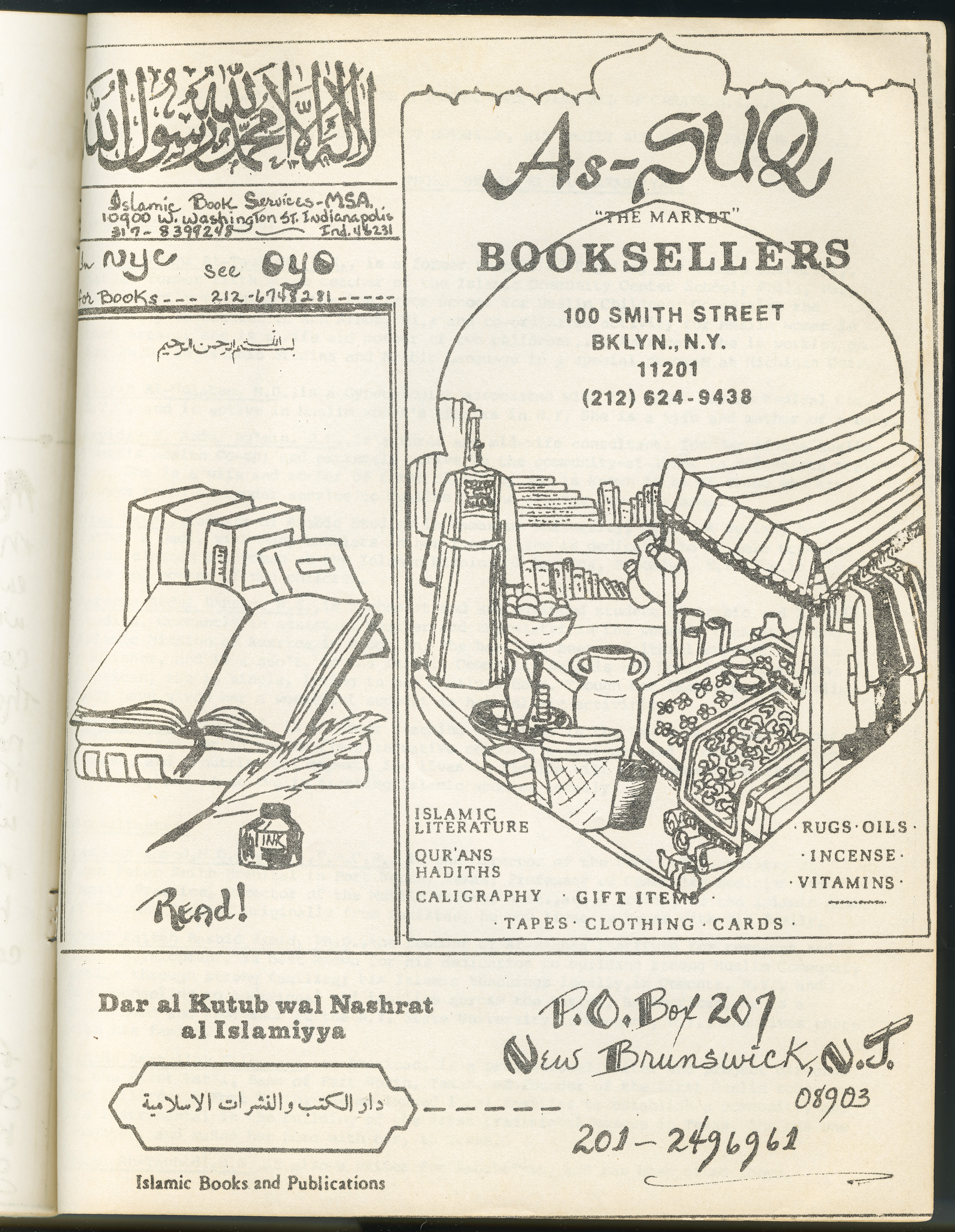 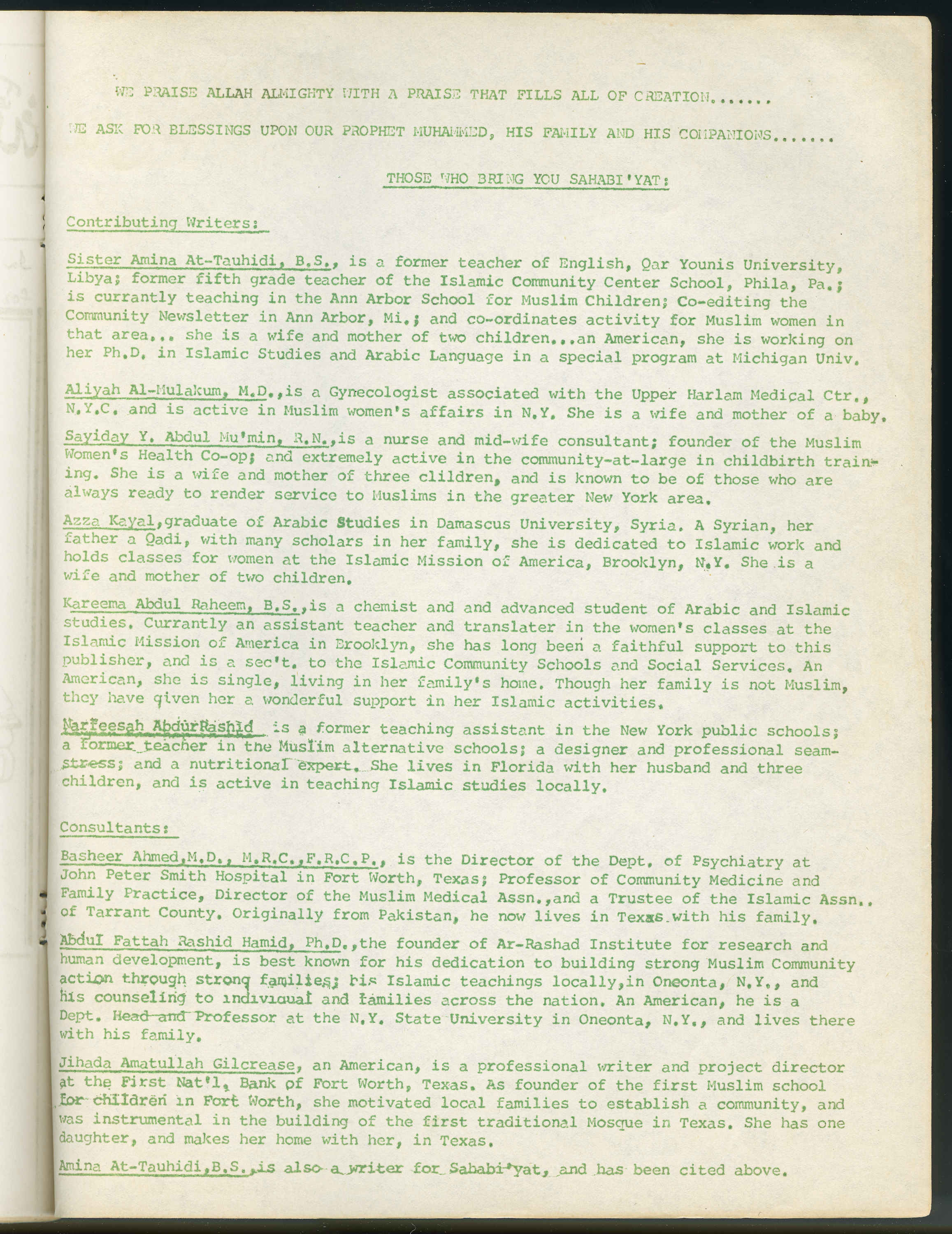 Selected pages from the fourth issue of the Muslim women’s magazine, Sahabi’yat.

Notes:The fourth issue is not coming out of Fort Worth, Texas Om Khalil’s hometown. She is still editor-in-chief with a mostly new set of contributors and consultants. In this issue the editors mention that early planning meetings for the magazine were held in the home of Sister Maryam Arif in the early 1970’s. I am not sure how long the magazine ran, but it clearly laid the groundwork for the establishment of other publications focused on Muslim women from Azizah Magazine to MuslimGirl.com