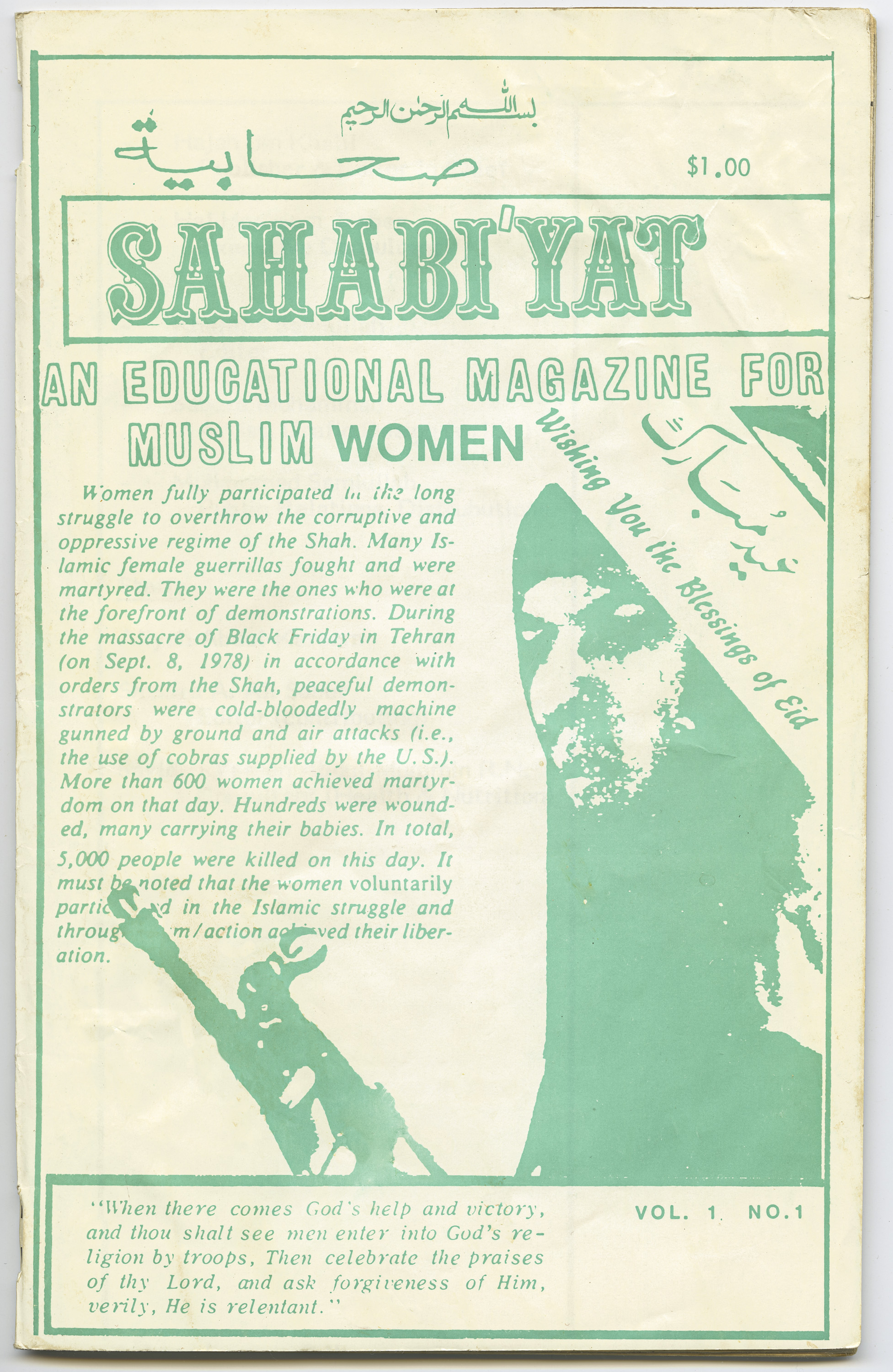 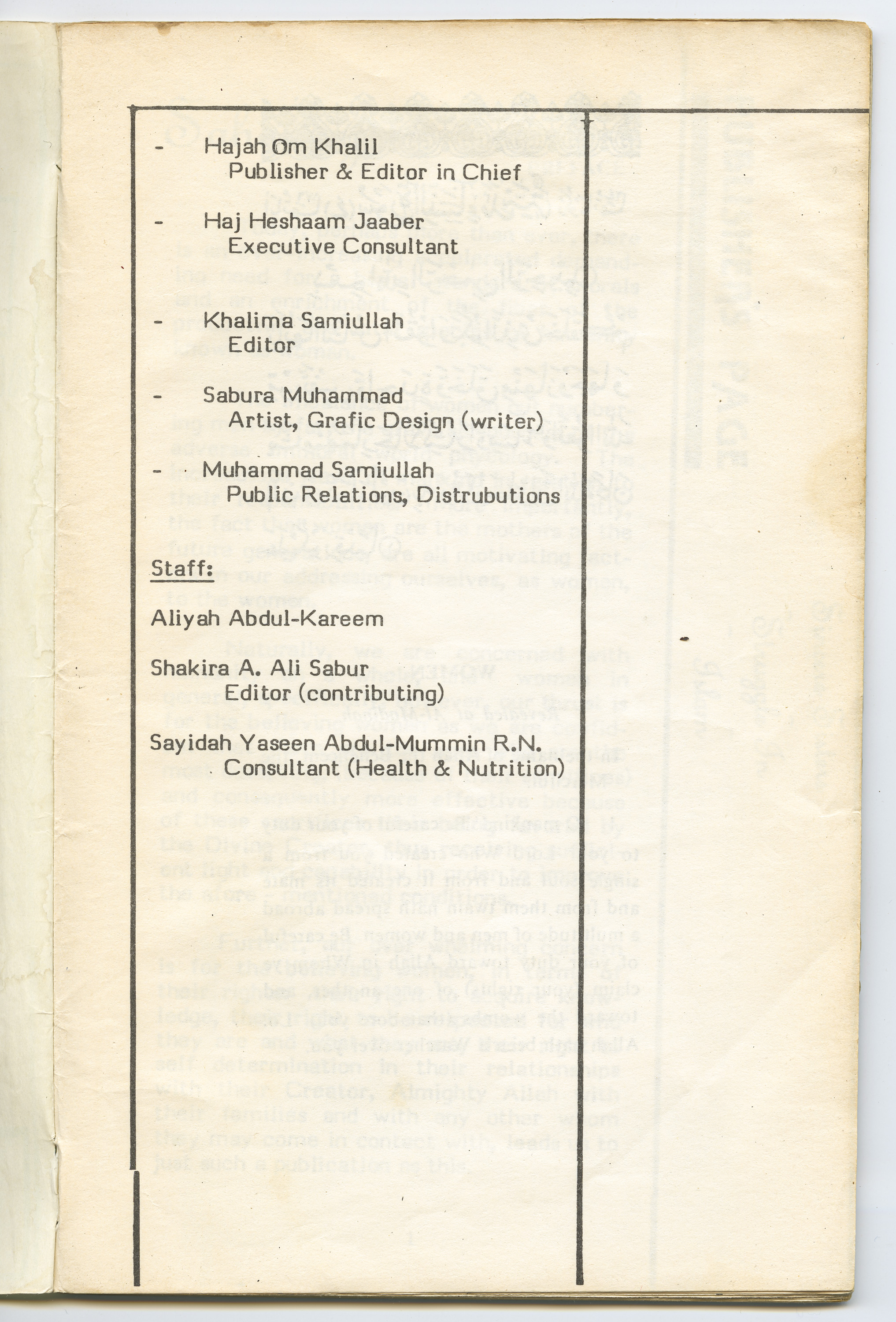 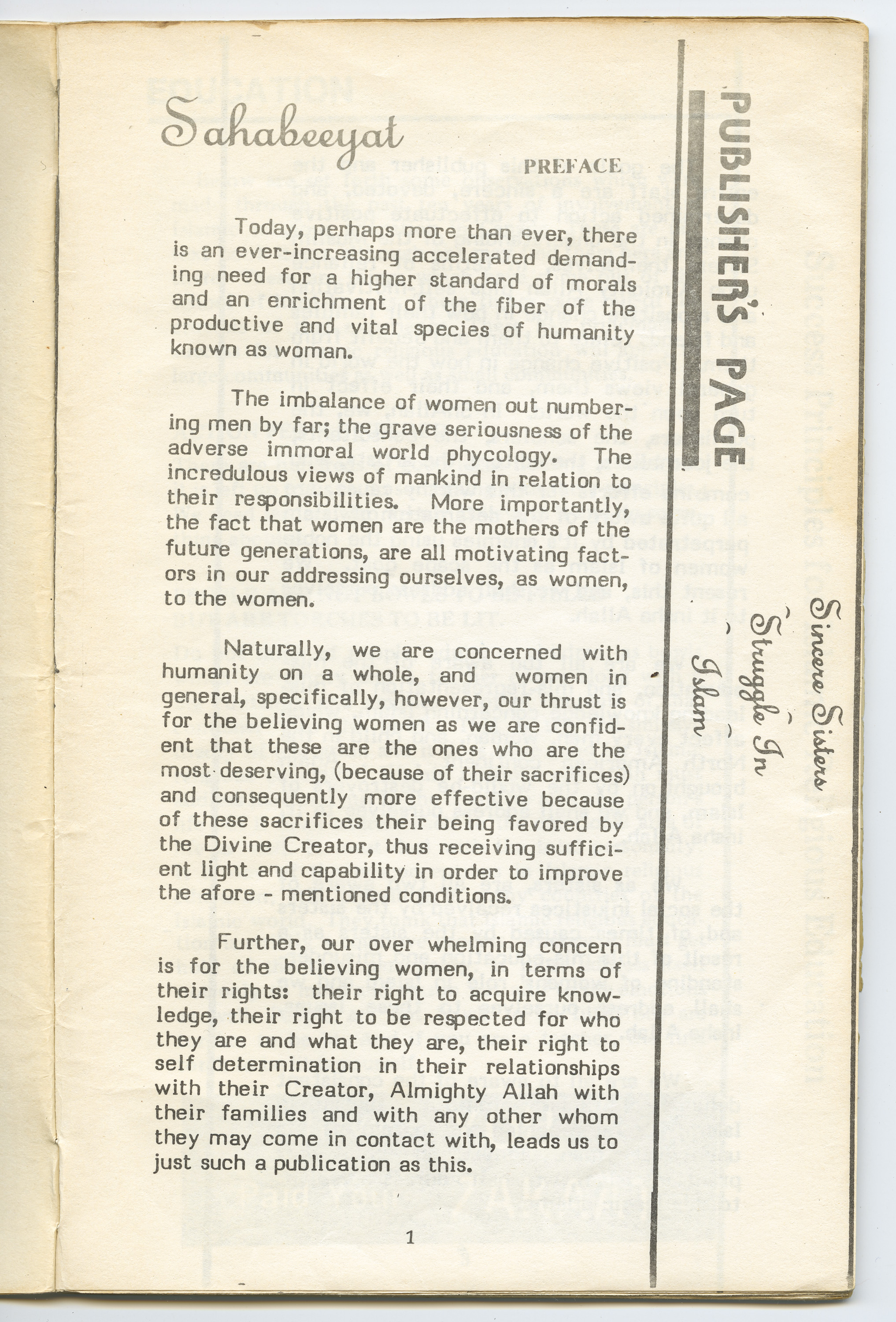 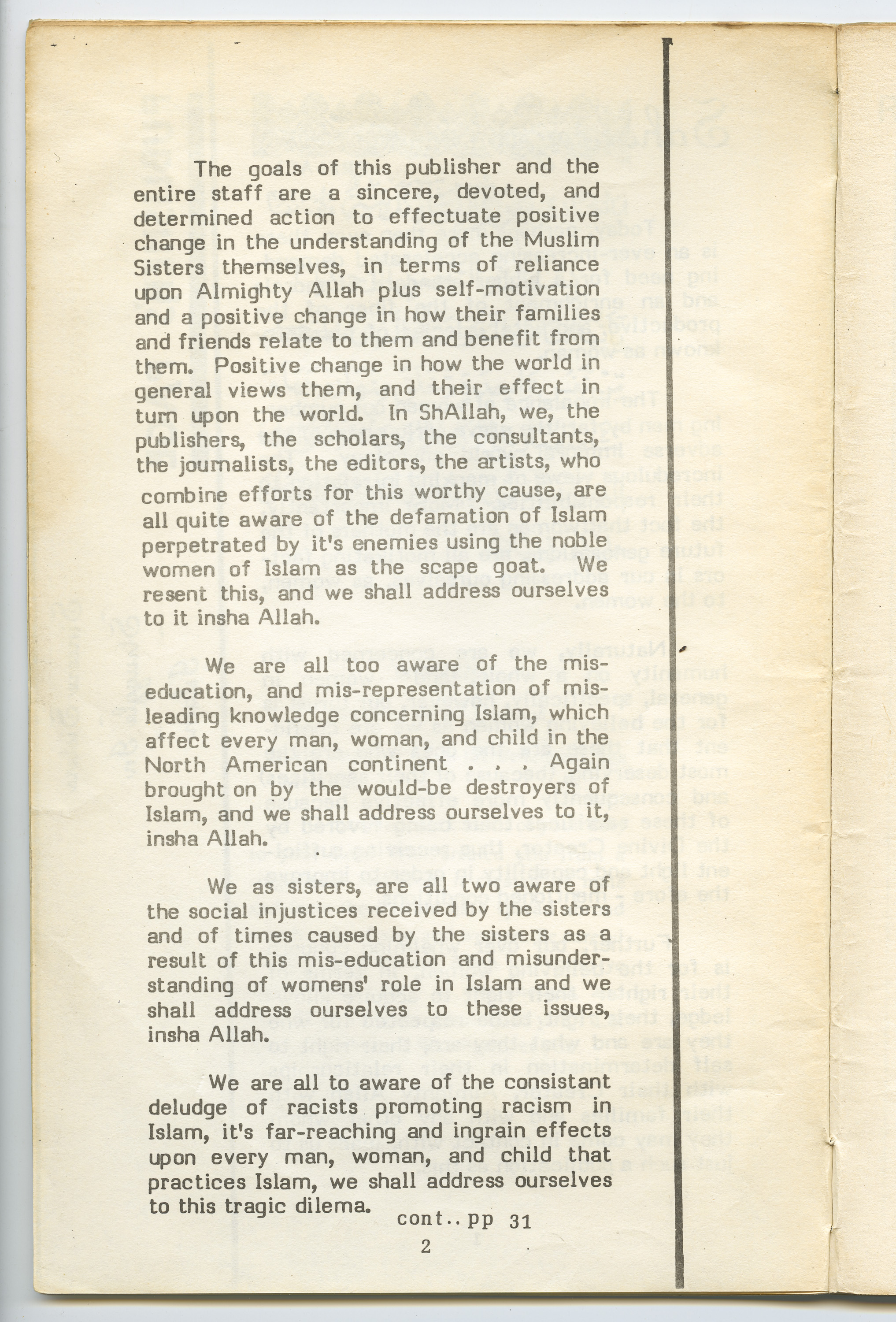 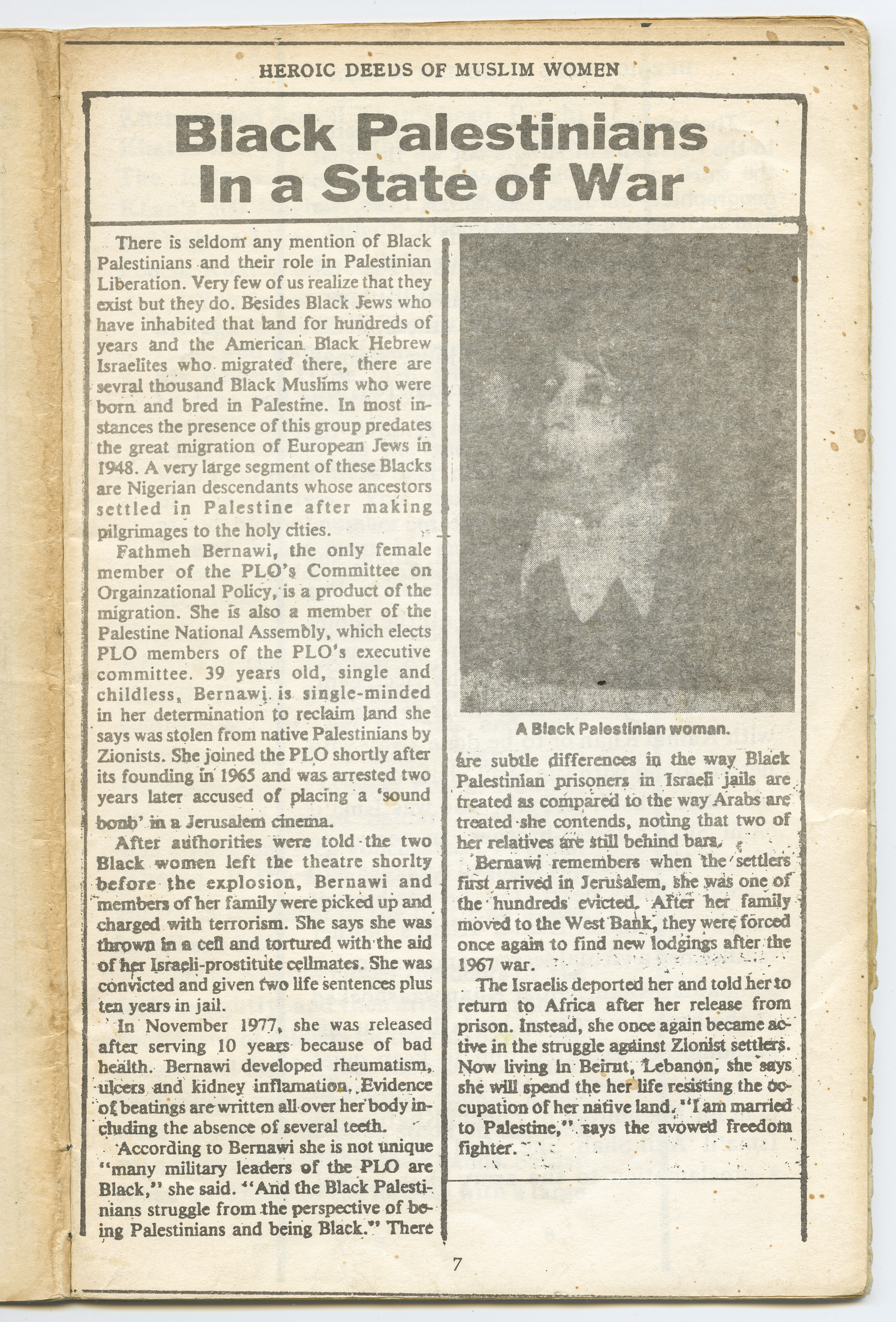 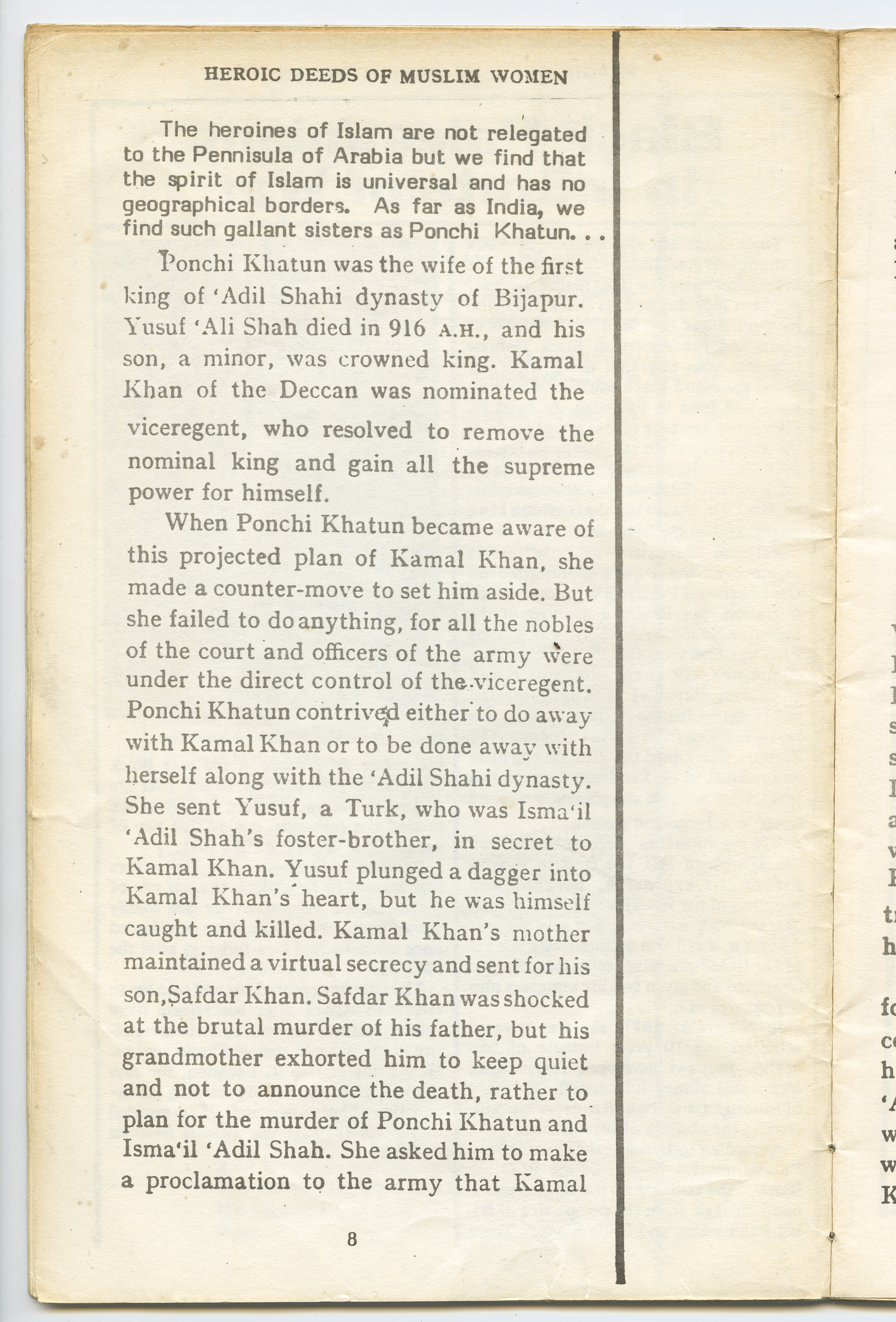 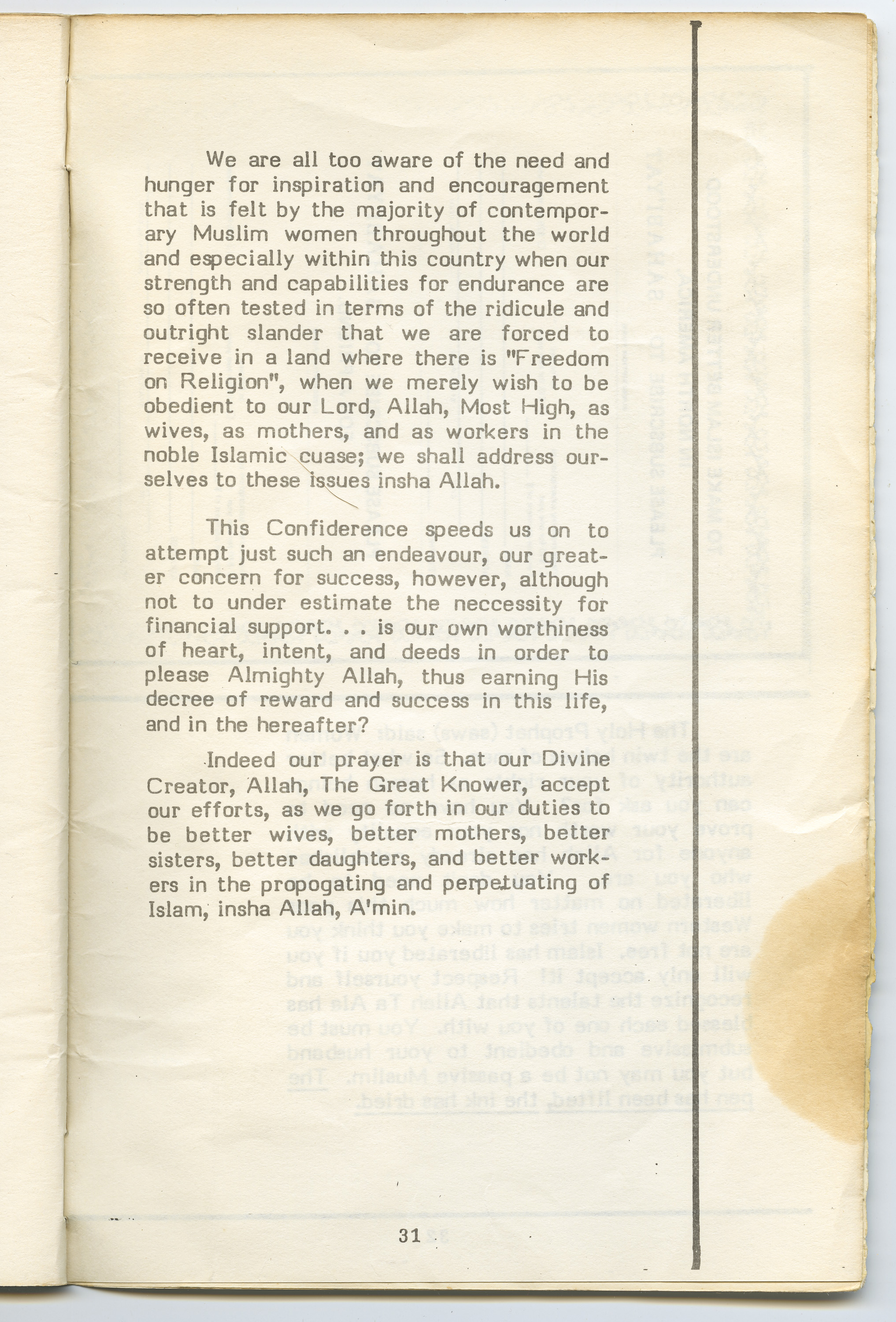 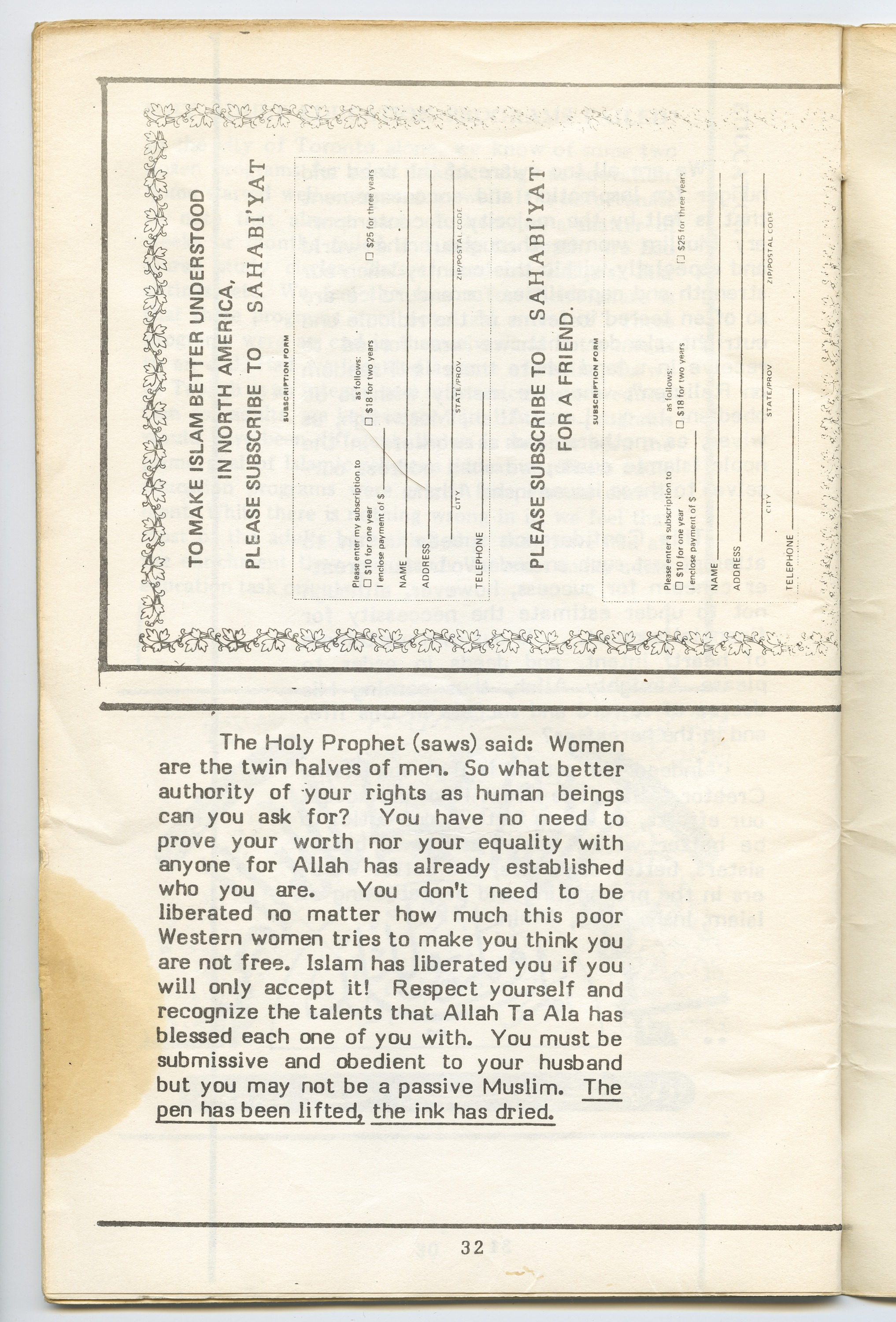 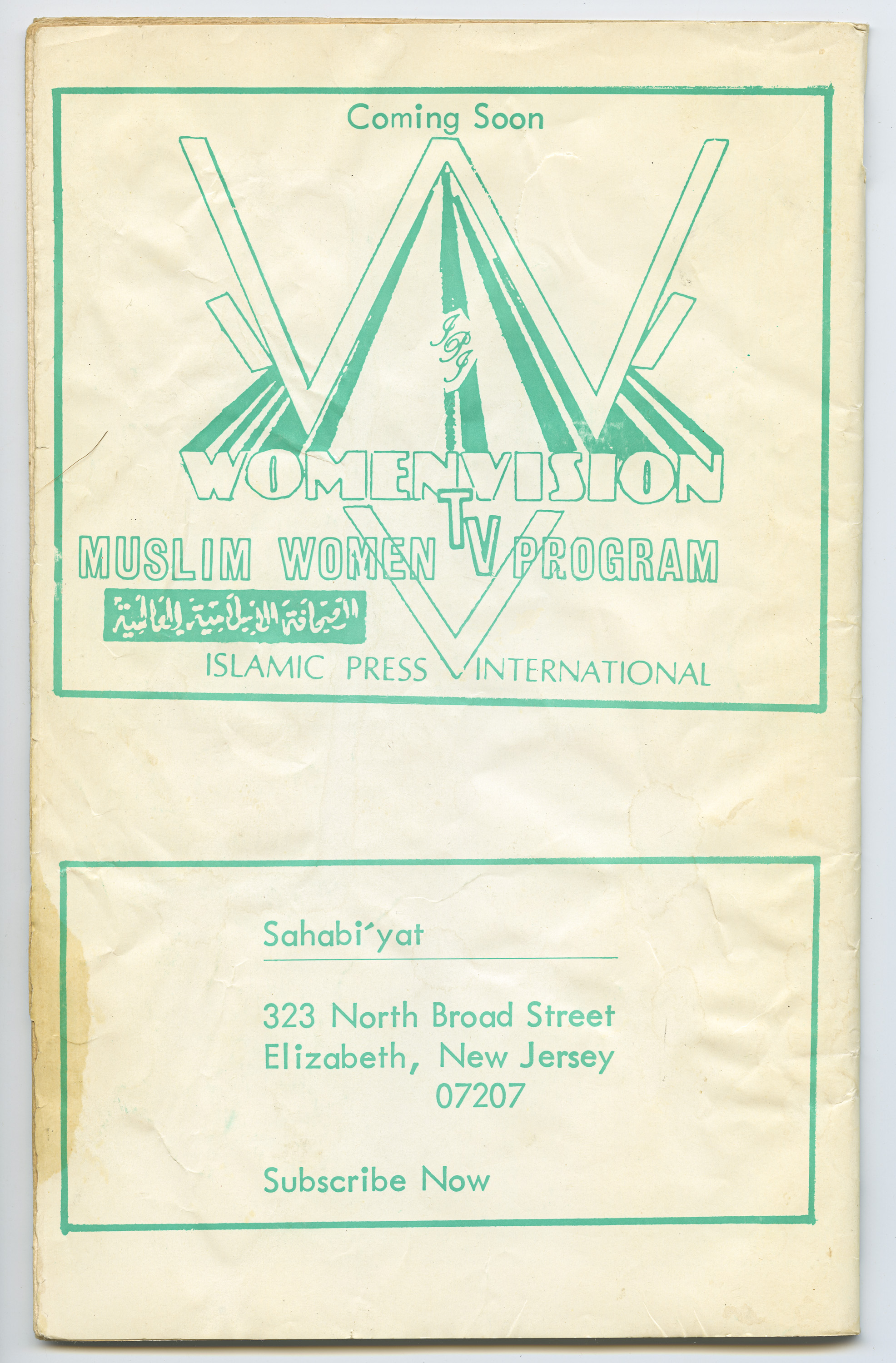 Selected pages from the first issue of the Muslim women’s magazine, Sahabi’yat.

Notes: Umi’s friend and mentor, Aliyah Abdul-Kareem is on the staff of this magazine and reading the magazine, I can feel her imprint, particularly in it’s transnational awareness and political content (something that appears to be more muted in issue no. 4) and exhortations for unity, organization and women’s empowerment. Another staff member, Sayidah Abdul-Mumin, a registered nurse and midwife, was also a friend of Umi and valued by the Muslim community in NYC for her medical knowledge.

The editor-in-chief of this magazine is a white US American Muslim woman convert, named Om Khalil. I remember Sister Om Khalil from my childhood as a tall and eccentric woman and about the only white Muslim I knew—and she was fixture in the broader Black Muslim community in NYC. According to her description of herself in the other issue of Sahabi’yat in Umi’s archive, she was from Fort Worth, Texas and moved to NYC “to study Islam.” According to Sis. Aisha Al-Adawiya, she established the first registered Islamic social service organization in Brooklyn that was located on Fulton St and purchased a home to provide shelter for women without homes or facing domestic violence. She was also an artist and it’s likely she contributed to the illustrations found in these issues of Sahabi’yat.

Another notable name associated with this magazine is Hajj Heshaam Jaaber (1931-2007) who may be most well-known for presiding over the janazah of Malcolm X. Hajj Heshaam is a noted leader in establishing Muslim institutions and was also, as described to me by Sister Shakira Abdul-Ali (not listed in the magazine) as the “biggest champion for women;” he always encouraged Muslim women to organize themselves. She credits him for pushing sisters in NJ and NYC, including Umi, to create NISA a muslim women’s network (that will be covered in the August exhibition).

I am not sure how long the magazine ran, but it clearly laid the groundwork for the establishment of other publications focused on Muslim women from Azizah Magazine to MuslimGirl.com