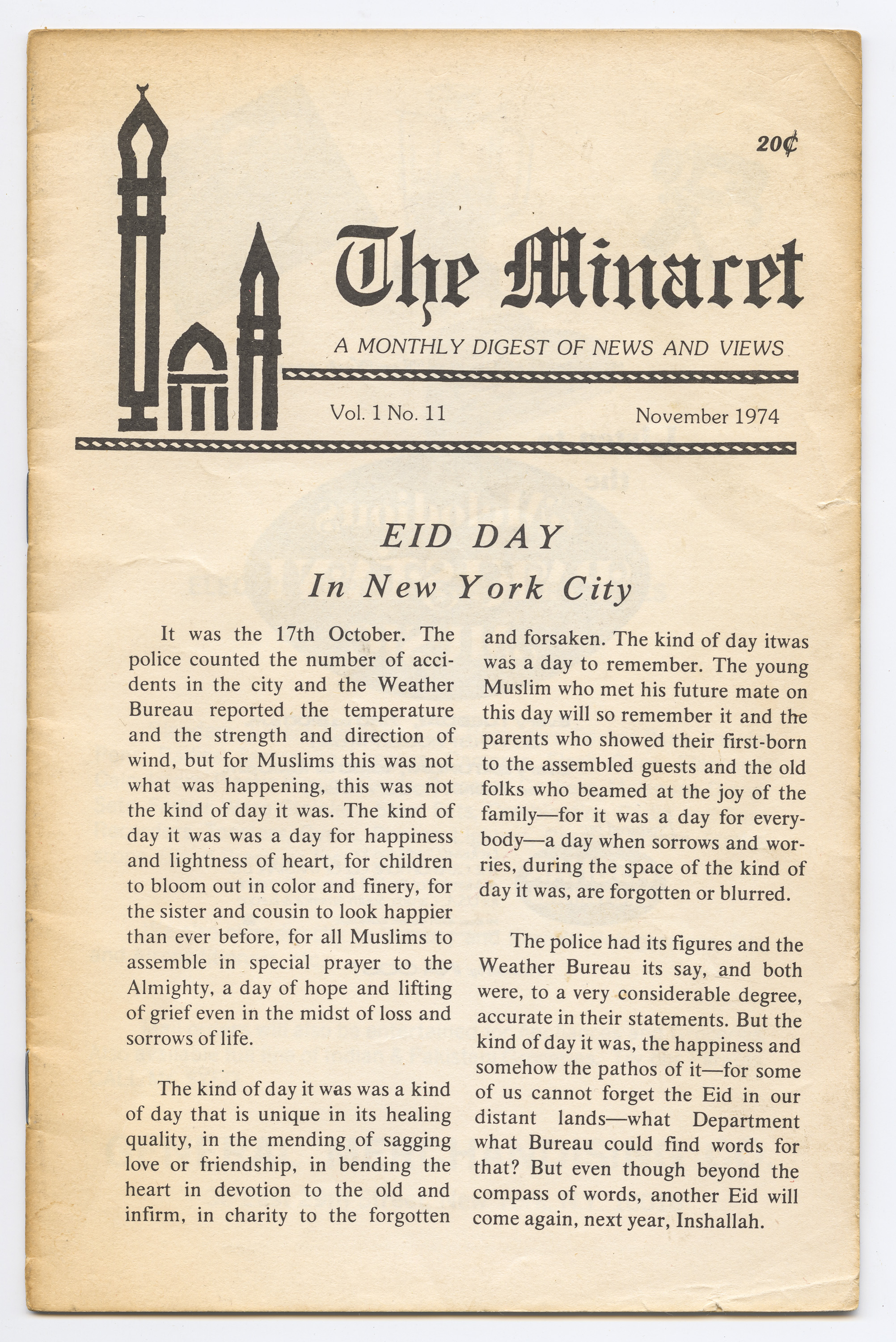 Notes: The Minaret was a New York City-based periodical published by Mohammad (Muhammad) A. Munim from 1974-2000. These images are early versions of The Minaret, which later was published as a small sized newspaper. The Minaret aimed to cover the national (US) and international Muslim community. It was distributed across the United States, including the various consulates of Muslim countries around the world and in New York City. Originally from Hyderabad, India, Munim also founded Muslim World Day in the late 1970's with the help of other community members. Muslim World Day held banquets, food fairs, and the Muslim World Day Parade.

Umi was friends with Munim's wife Jameelah, and when I asked their daughter Firdos Shircliff about the newspaper, in addition to providing the detaiils above, she said: "The Minaret was my father's love, he loved the Muslim community and was completely dedicated to its growth and prosperity."

For me, the vivid description of Eid resonates with my own experiences as a child celebrating Eid at Prospect Park in Brooklyn. Umi described a similar Eid after she and her friends organized their own celebrations:

"there were times I would go to the Eid prayer and then go back to work because there was no place for me to go until I befriended Aliyah we decided, as a collective, we had something called the Islamic Family Society. As families we would get together and organize activities. And that's when people started going to Prospect Park...it would be a day of fun and activities, the brothers would be on the conga drums and the children would be playing back and forth. We had to create our own social reality."