The Muslim Students Association of the United States and Canada 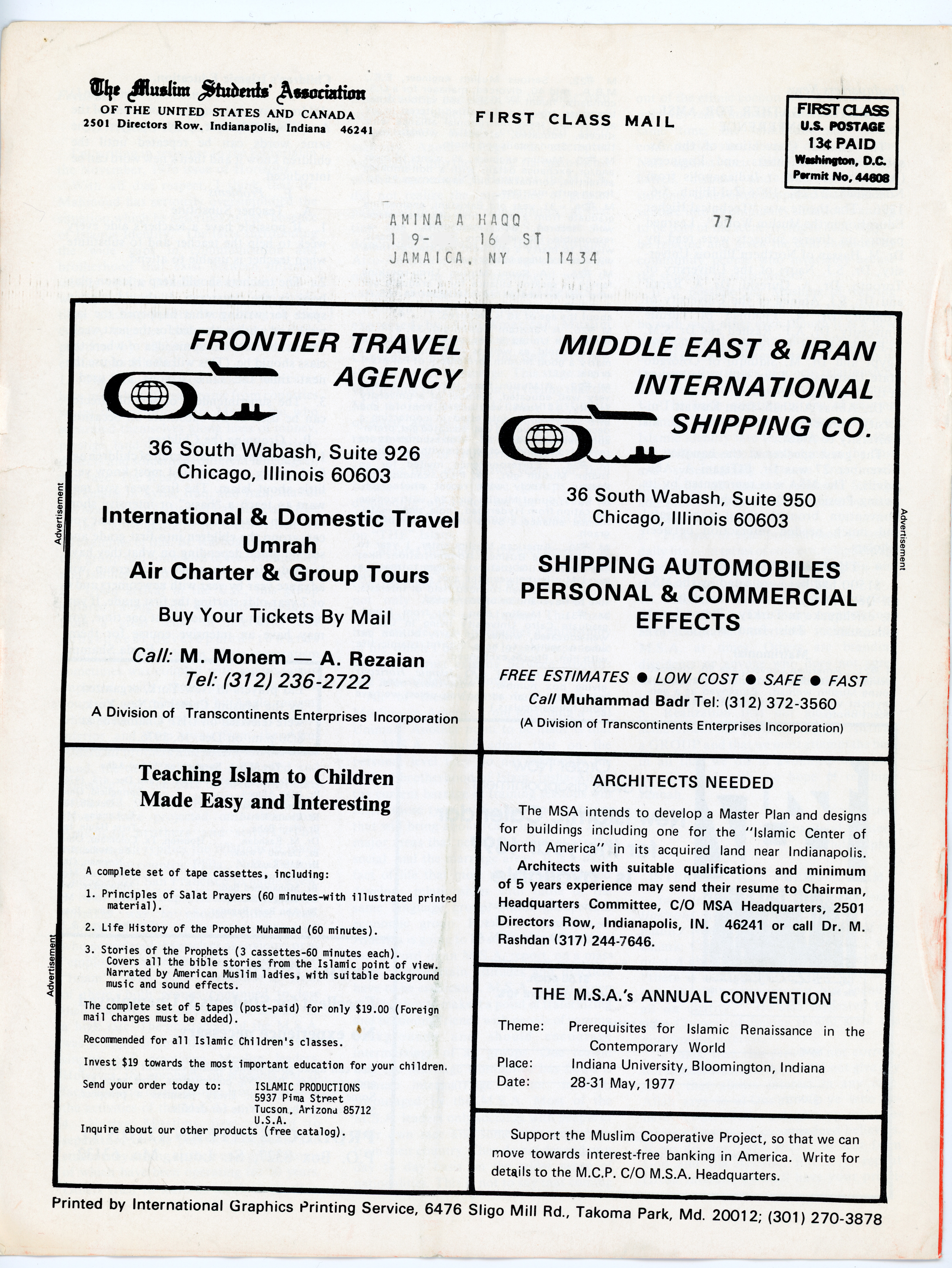 Back cover of Islamic Horizons MSA News and Perspective Vol 6. No. 1

Notes: The Muslim Student Association of the United States and Canada was formed in January 1963 to serve the needs of students from majority-Muslim nations studying at North American universities. Activities of the MSA included yearly conventions like the one advertised in the bottom right half of the page. In 1983 the organization expanded to become the Islamic Society of North America (ISNA) and today aspires to facilitate the religious, cultural, and civic development of all Muslims, irrespective of migration status. Both MSA and ISNA have been both useful and alienating spaces for Black Muslims.

I’m fairly certain that convention was the one at which my parents met—but that’s a story for next month’s exhibition.