Federation of Islamic Organizations in the United States and Canada 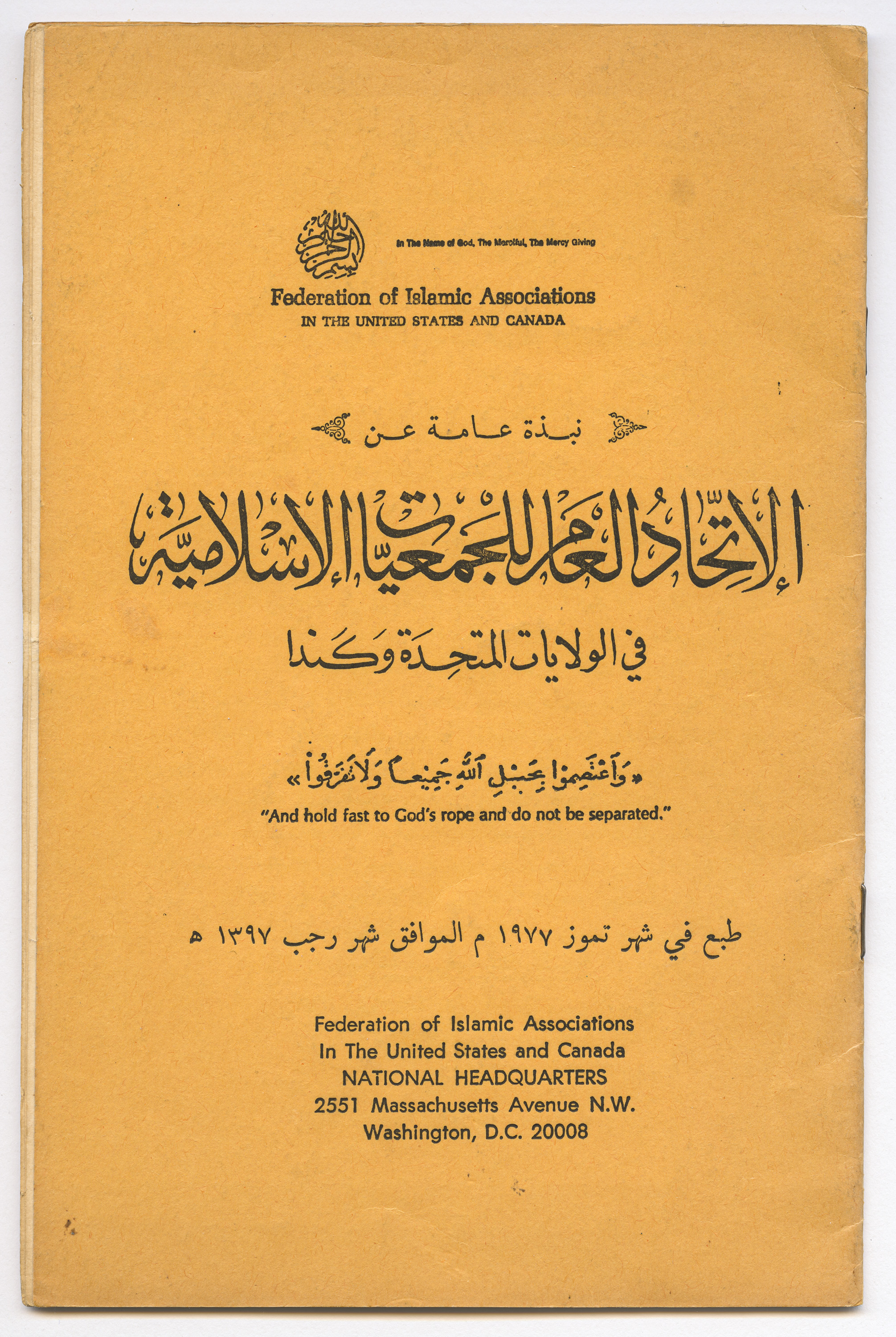 Informational booklet on the goals and activities of the Federation.

Notes: The Federation of Islamic Associations was founded by Abdullah Igram and other second- and third-generation Arab American veterans of World War II. The primary catalyst was the lack of an “Islam” or “Muslim” designation on military dog tags and the accompanying lack of recognition of religious funereal rites for those who died in service. The FIA held annual meetings of local Islamic communities in the Midwestern US. Founded 1952, there was some overlap and shared leadership between the early MSA and the FIA, though their meetings had very different priorities. The FIA was seen by the MSA as a negative example, of what they feared would happen to Islam and Muslims without a healthy religious education. The FIA had already lost prominence by the early 1970s, though it still presented itself to Arab philanthropists as the legitimate leadership and representation of America’s Muslims. This Arabic-language pamphlet was likely produced as part of a funds-seeking summary of what the American Islamic landscape was in 1977 and how donations to further the development of religious institutions would be best served if directed toward the FIA. The FIA soon fizzled as MSA membership built ICNA, ISNA, and myriad other organizations that survive into the 21st century.