"Let There be Islam First" 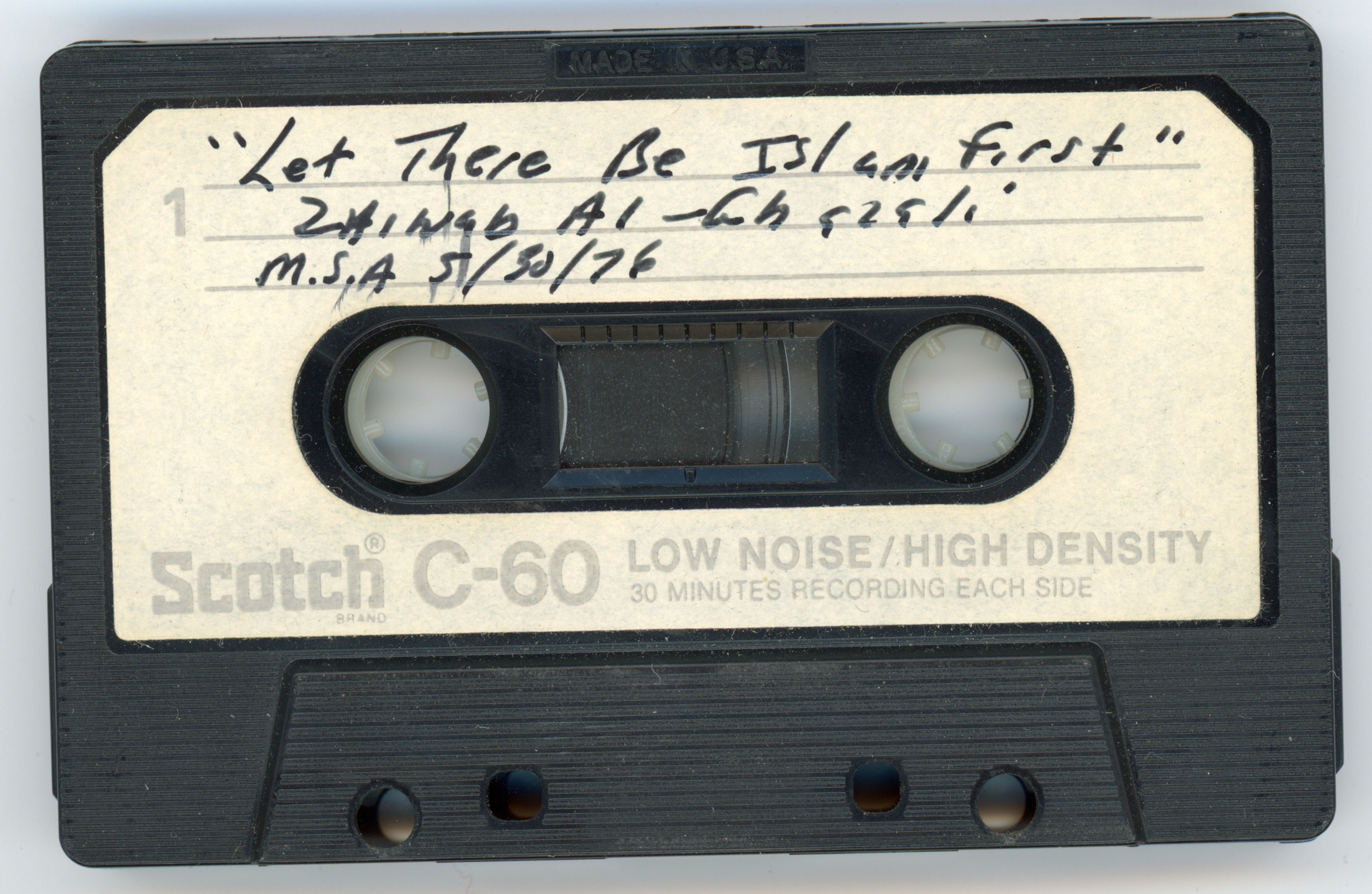 Tape recording of lecture by Egyptian Muslim activist and author Zainab al-Ghazali at the 1976 MSA convention.

Notes: It was common for the MSA convention to bring speakers from Muslim-majority nations, like al-Ghazali (1917-2005) committed to dawah among Muslims and advocates for Islam a political system that would bring greater justice and equity to society. Al-Ghazali was persecuted by the Egyptian government for her activities; this talk took place 5 years after her release from prison.