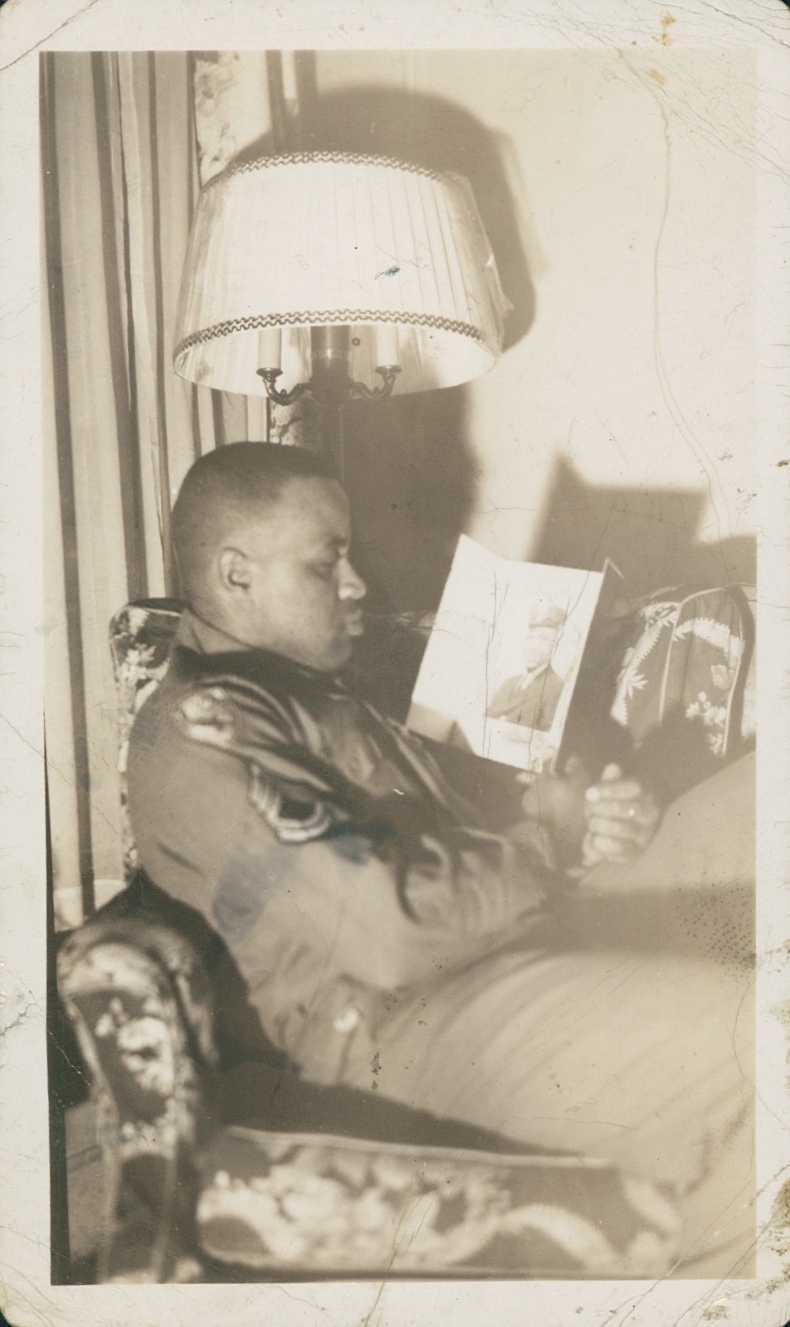 Notes: This photo of Umi’s father, Aubrey J. Weeks, was likely taken in his family’s apartment in the Bronx, NY, two years after he returned from serving in World War II. Weeks (as he was called as an adult) served in a segregated military. He was in the all-Black 352nd Engineer General Service Regiment. His regiment was part of the “Forgotten Theatre of World War II,” the China-Burma-India Theater, and also he served in the “Persia Corridor” that went through Iran. These Black soldiers built roads that would bring supplies to allied positions. When he joined the New York City Fire Department, it was not segregated, unlike most fire departments across the country. However, it was rife with racial discrimination and indignities for Black firefighters. According to historian David Goldberg, many of the Black men who entered the fire department in the years following World War II were veterans like Weeks. In 1946, Wesley Williams, the first Black FDNY firefighter and founder of the Vulcan Society placed an ad in the New York Age encouraging Black men to join the department. I wonder if Weeks read that?