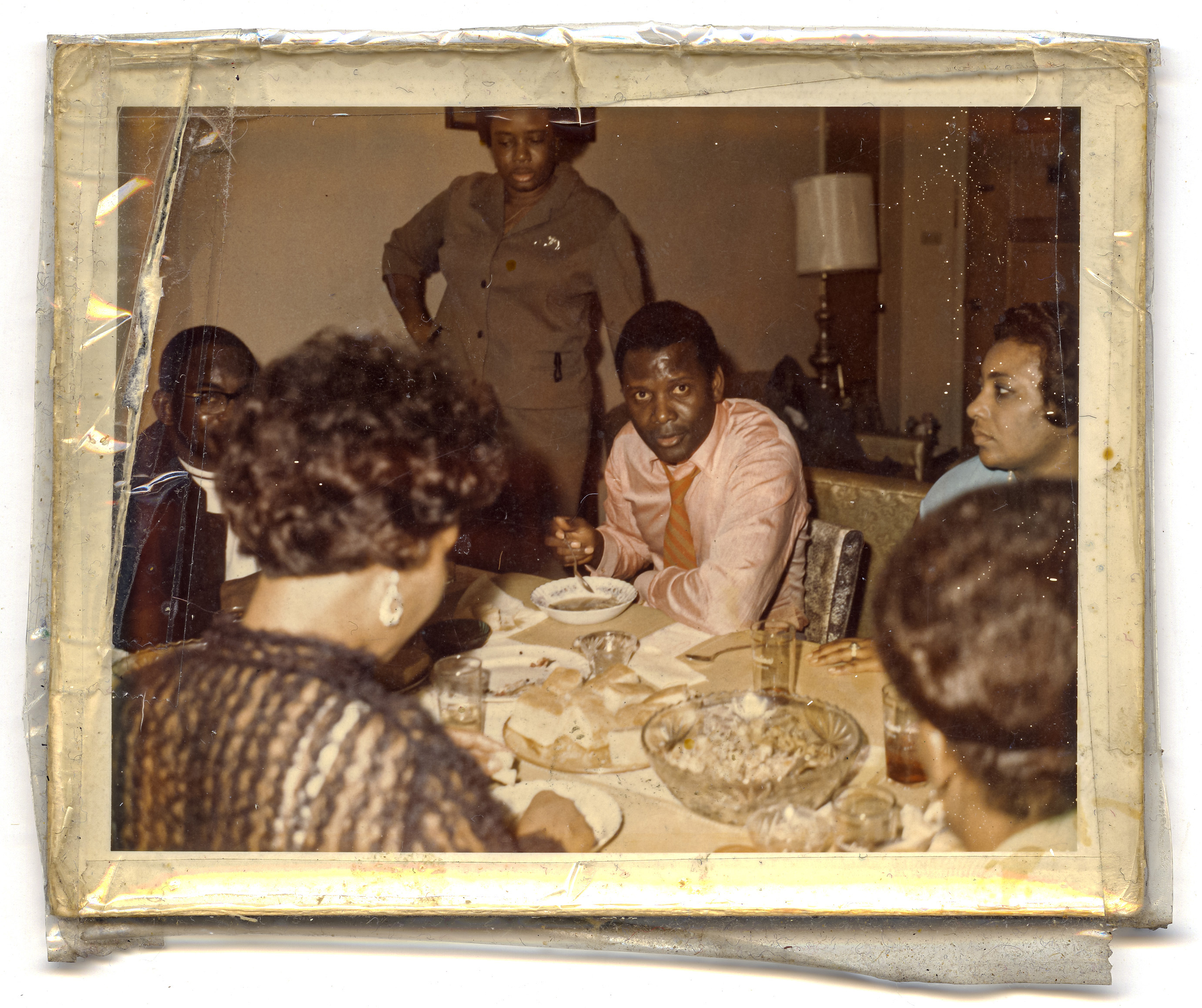 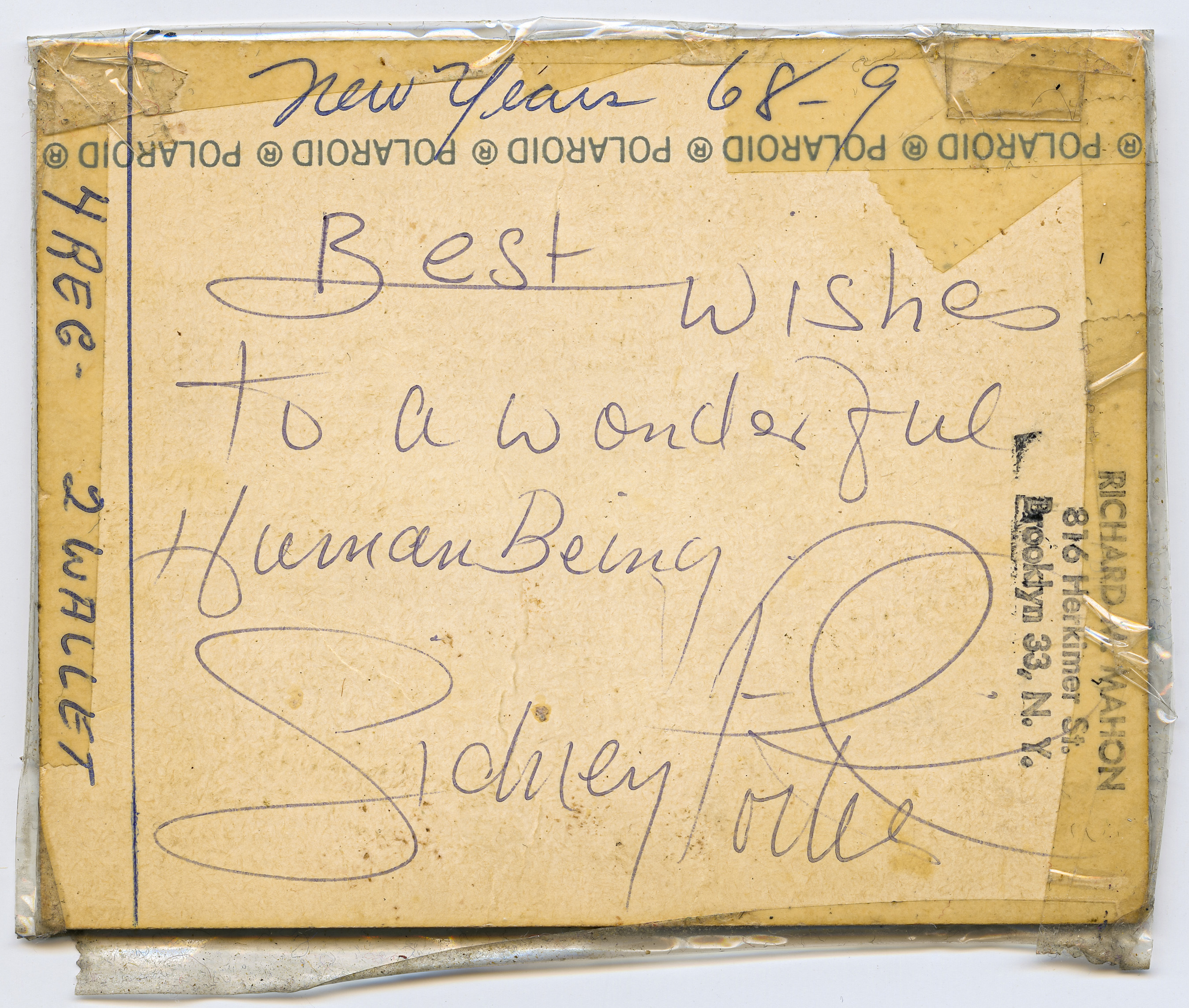 Notes: I found this photo is an album put together by Umi’s mother, Carmen. How did a photo of The Sidney Poitier end up in a family album? Not quite sure. He is clearly at someone’s home, but it is not Umi’s family home. Poitier is from my grandmother Carmen’s generation and his parents are also from the Caribbean – The Bahamas. However, unlike my grandmother, he was not raised in Harlem. However, by 16 years old, he too is in Harlem and begins his acclaimed acting career with the American Negro Theater, alongside other greats such as Harry Belafonte, also a child of Harlem and Caribbean immigrants, and Ruby Dee, a child and woman of Harlem. The photo is also signed, which would have meant it was taken, printed, and then signed by Poitier at a later date. So how does this photo end up in one of Umi’s family’s albums? Could it be due to some “West Indian” social networks? Maybe. Though I think Harlem social networks are more plausible. Or maybe it’s just a Black thing. I wonder if the hosts asked, “Guess who’s coming to dinner?”