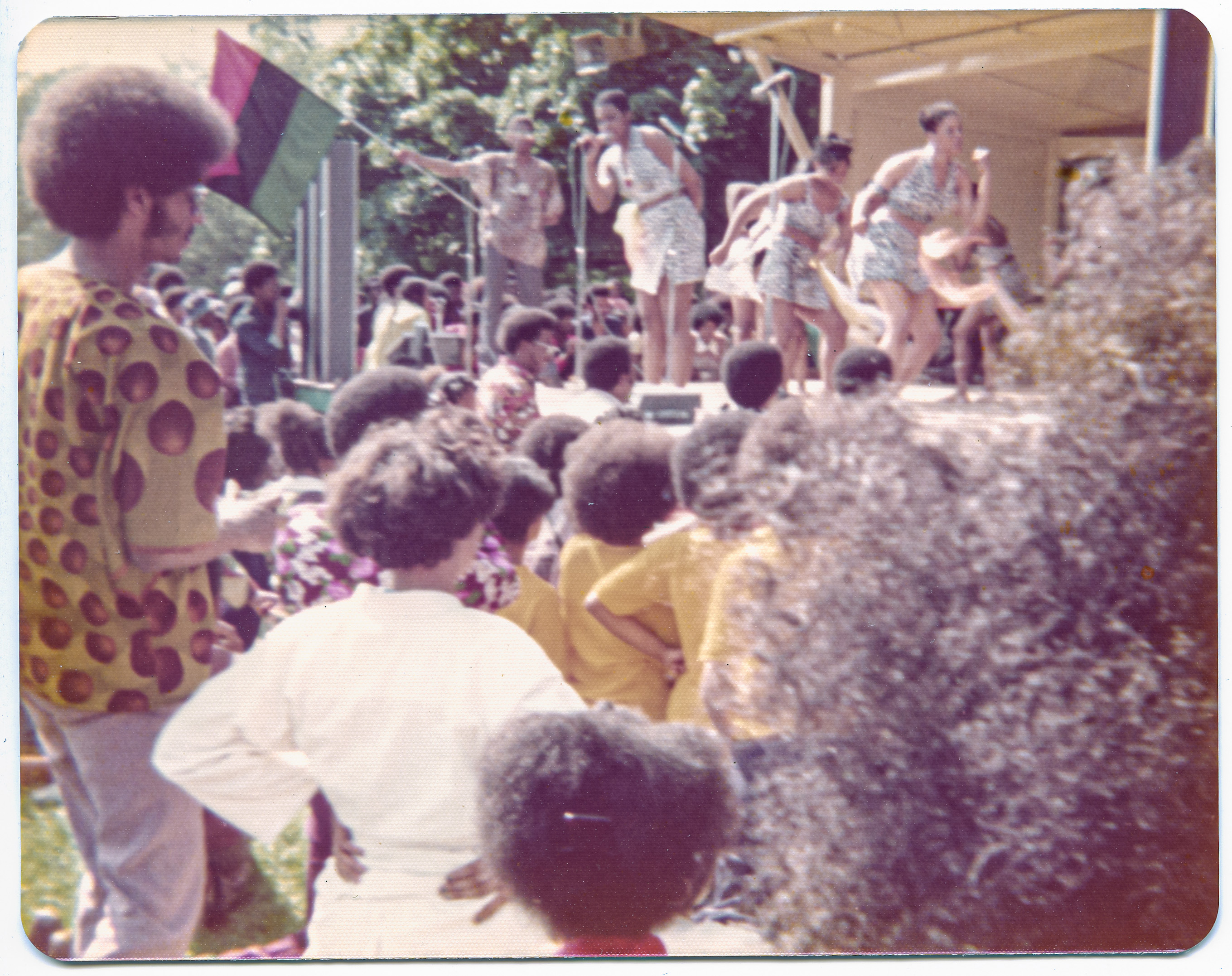 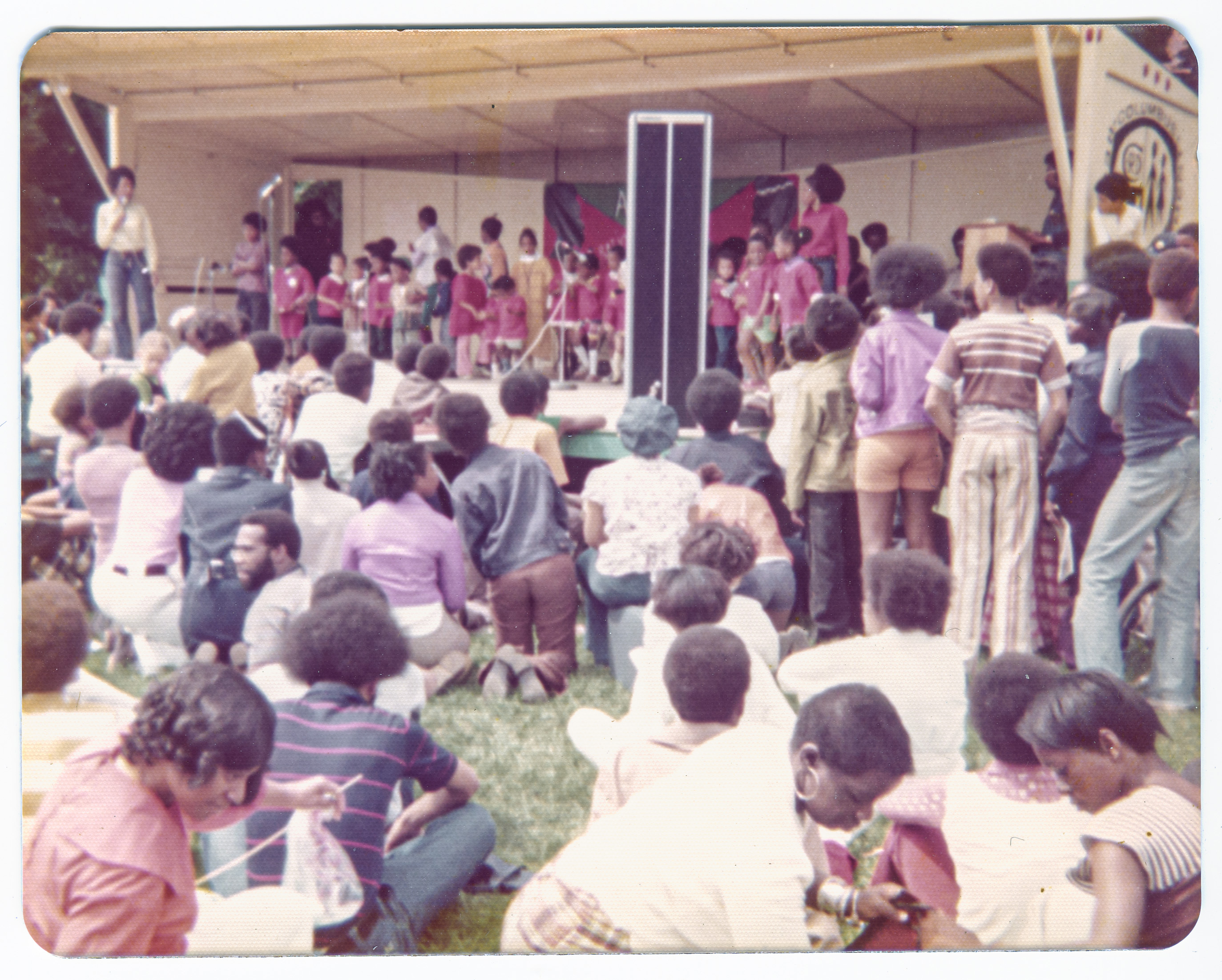 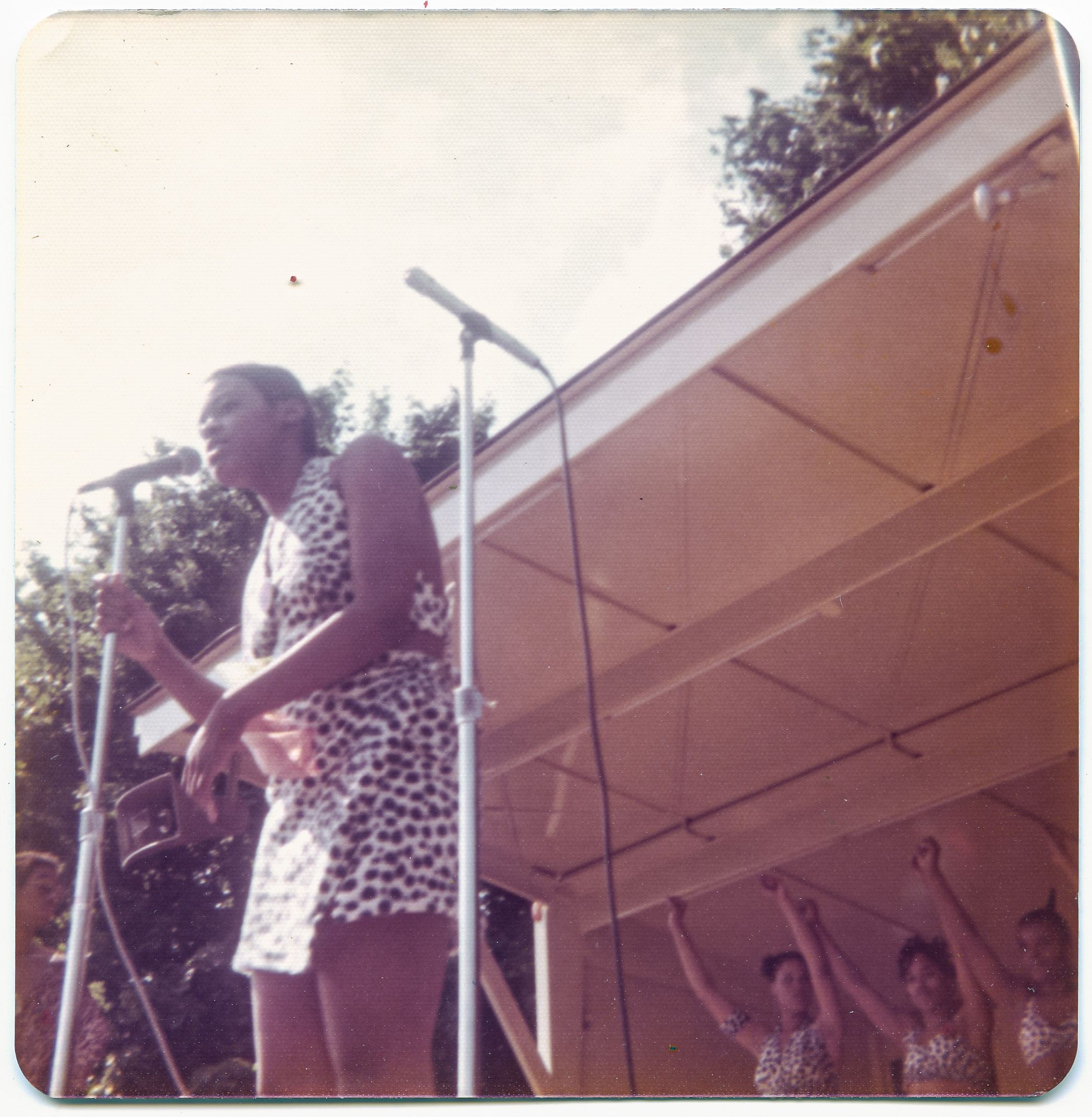 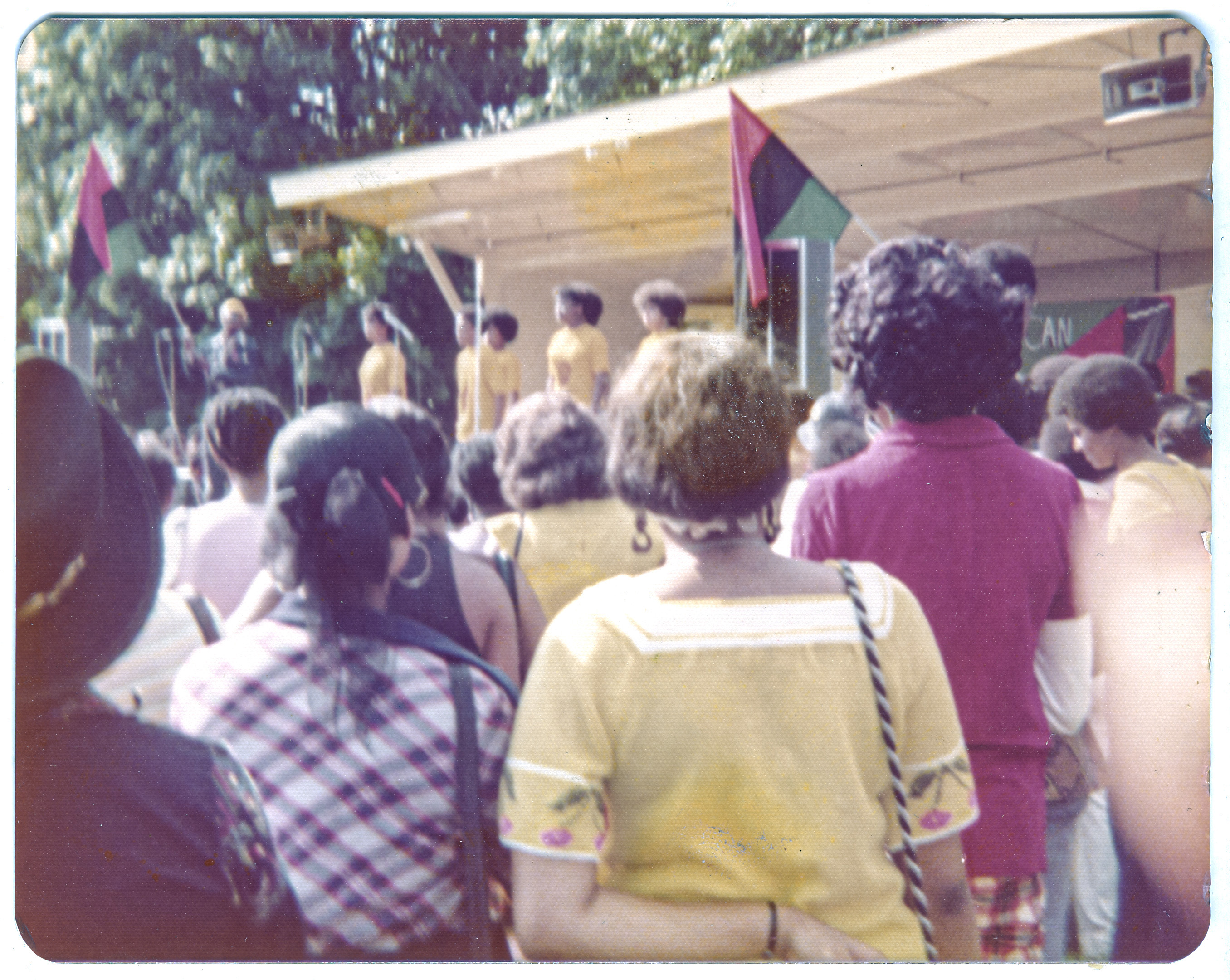 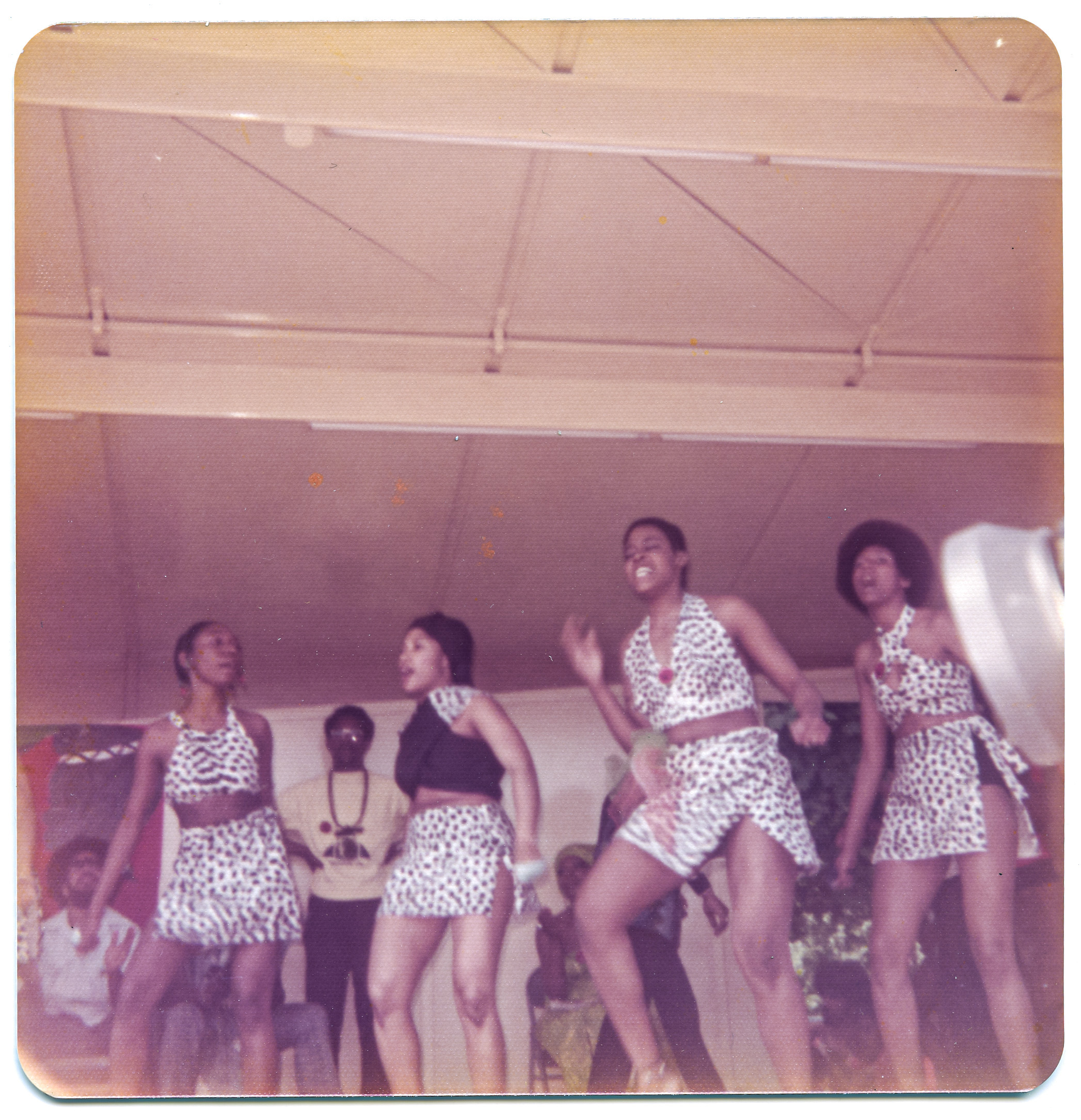 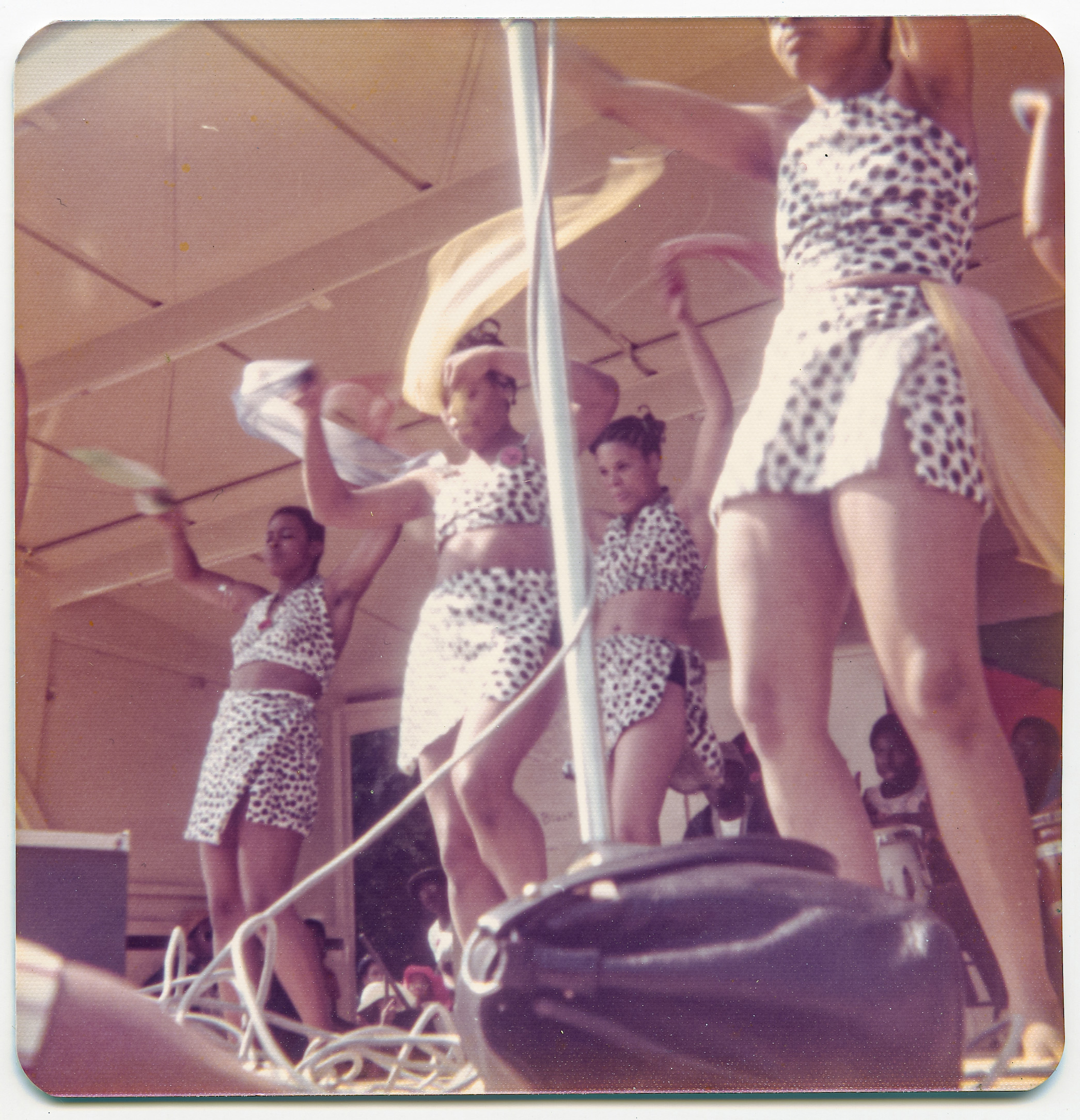 Notes: African Liberation Day was first established as African Freedom Day by Kwame Nkrumah in 1958. By 1970, it was being commemorated in the Americas and this celebration in 1973 was the first of its kind in Columbus. It is a Pan-African event marking the interconnected struggles of people of African descent worldwide. According to Columbus organizers, "there is no difference between racism and exploitation in South Africa, Mississippi or Columbus.” Umi danced that day with one of the troupes she was a part of, the Uhuru Dancers. Her childhood friend, Ben Abney, who was a student at Wilberforce, described visiting Columbus for demonstrations (either this day or in the aftermath of the Kent State massacre) and seeing Umi: “central, up front, in the middle of the Uhuru Dancers. And they was doing it, man. And your mom was doing it on stage at Ohio State University in front of thousands of people. And it was huge. So, I'll never forget that.”