Many Splendid Dimensions of the Muslim Woman 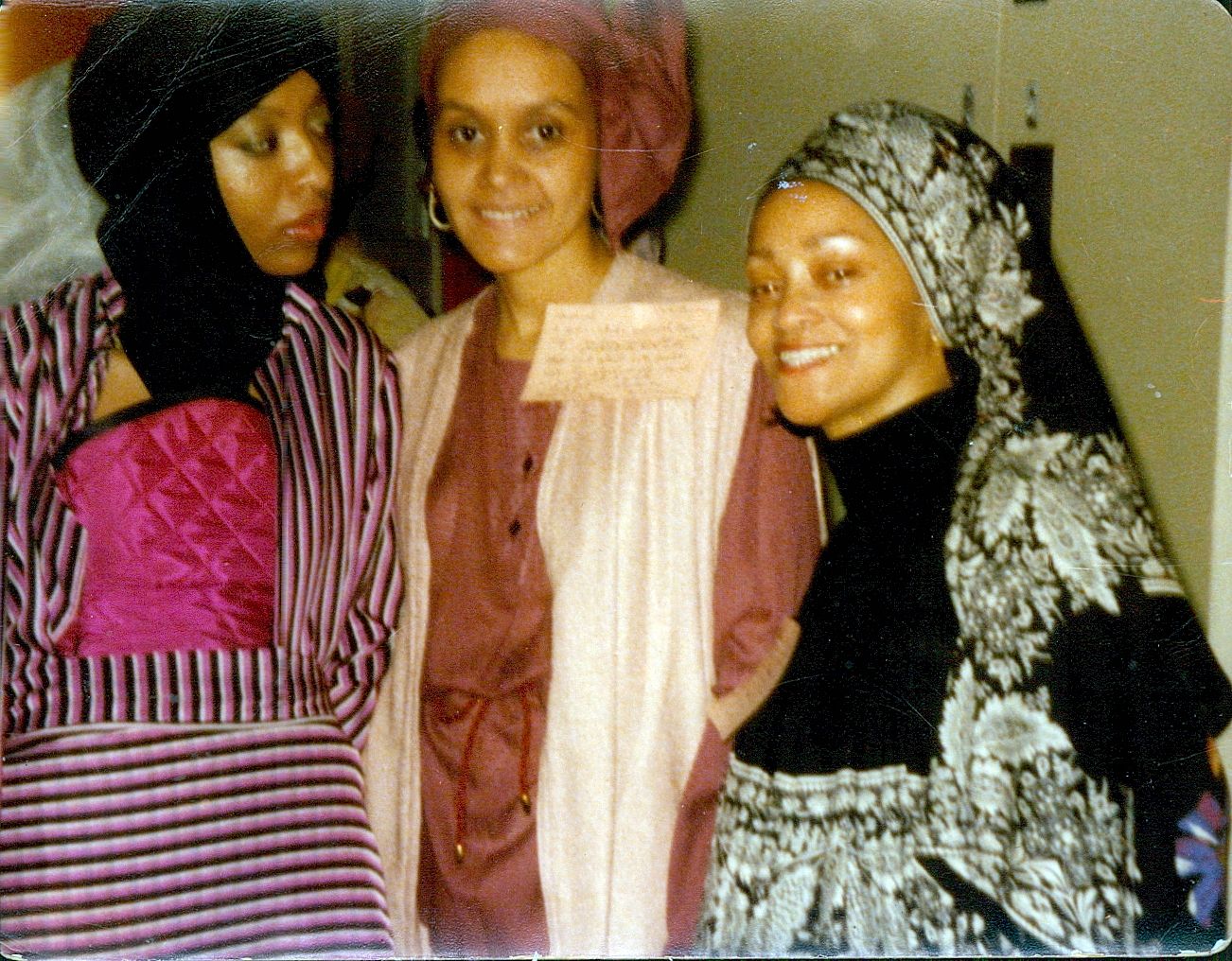 Photo of Kareemah Abdul-Kareem as a model, along with two other sisters, also models, at a Muslim women's fashion in New York City in the early 1980s. Kareemah was a coordinator for this show and the index card on her shoulder carries the description the garment she is wearing and the name of its designer.

Notes: M.E.A.R.C. dawah activities included fashions shows which were about style but also pedagogy to teach Muslim women how to achieve what Aliyah Abdul-Karim called, “that Covered Girl look.” Specifically, Kareemah Abdul-Kareem describes the impetus for their first show in 1976 as wanting to teach Muslim women that they could be modest without looking “frumpy” or “dreary.” As I discuss in a lecture delivered for the de Young Museum’s symposium on contemporary Muslim fashion, Kareemah and Aliyah, along with Lubna Muhammad and Mama Rakiah Abdur-Rahman were architects that laid the foundation for contemporary Muslim fashion in the United States.