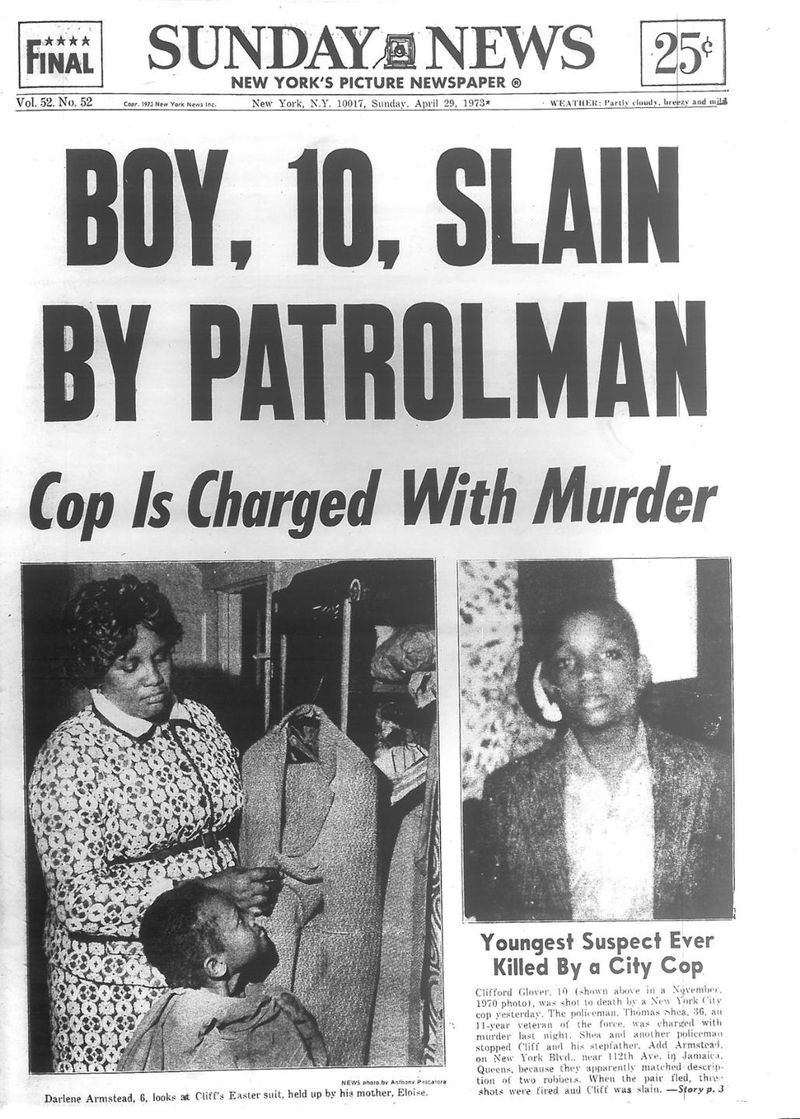 Interview with Umi from December 2014.

Notes: Clifford Glover, a 10-year old Black boy, was killed by a New York Police Department officer in the early morning on April 28, 1973 while accompanying his stepfather to work. Two police officers stopped Clifford and his stepfather to interrogate them as potential suspects in a taxi cab robbery that had just occurred. The officer, Thomas Shea, who shot the child, claimed that Clifford had pointed his gun at him and his partner - however (surprise, surprise) no weapon was found.

My notes on this interview from 12/15/14: I really should start just walking around with a digital recording device whenever I’m with my mother because you never know when she is going to drop historic jewels like this one. I asked her what the mood was re blacklivesmatter in NYC and she jumped into this lyrical narrative of the police and protest – how they killed a 10-year old boy, Clifford Glover, in Queens in ‘73 and the boycotts that followed. I wasn’t prepared, like I say, I need to START carrying a digital recorder. So I had to pull out the iPhone and ask her to retell the story, not as lyrical (and some nice ambient NYC traffic in background) but still a jewel…and the struggle continues.

I still can’t get over that chant:

Power to the People!
Black Black Power to the African people!
Who shall survive America?
Very few niggers and no crackers at all.