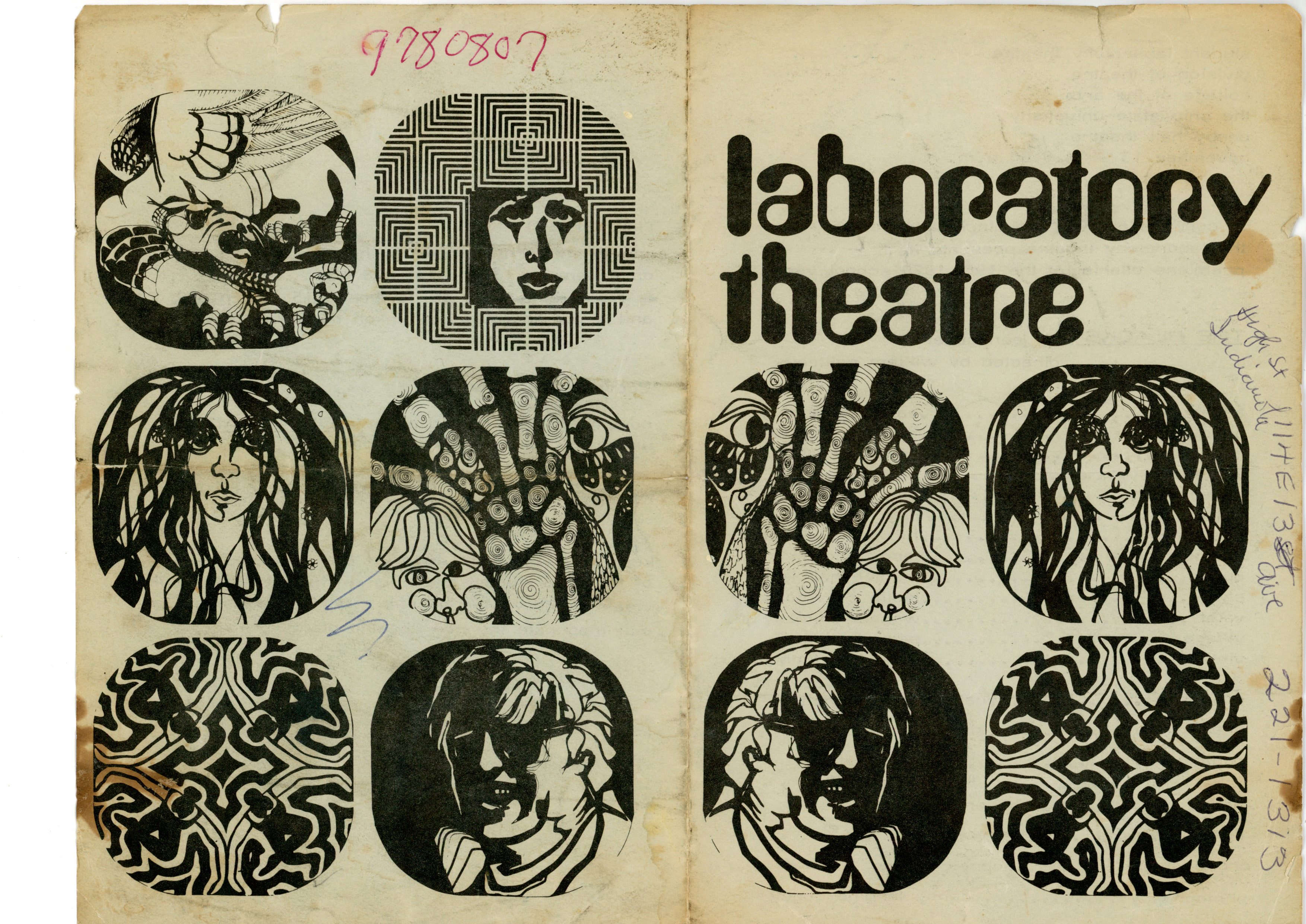 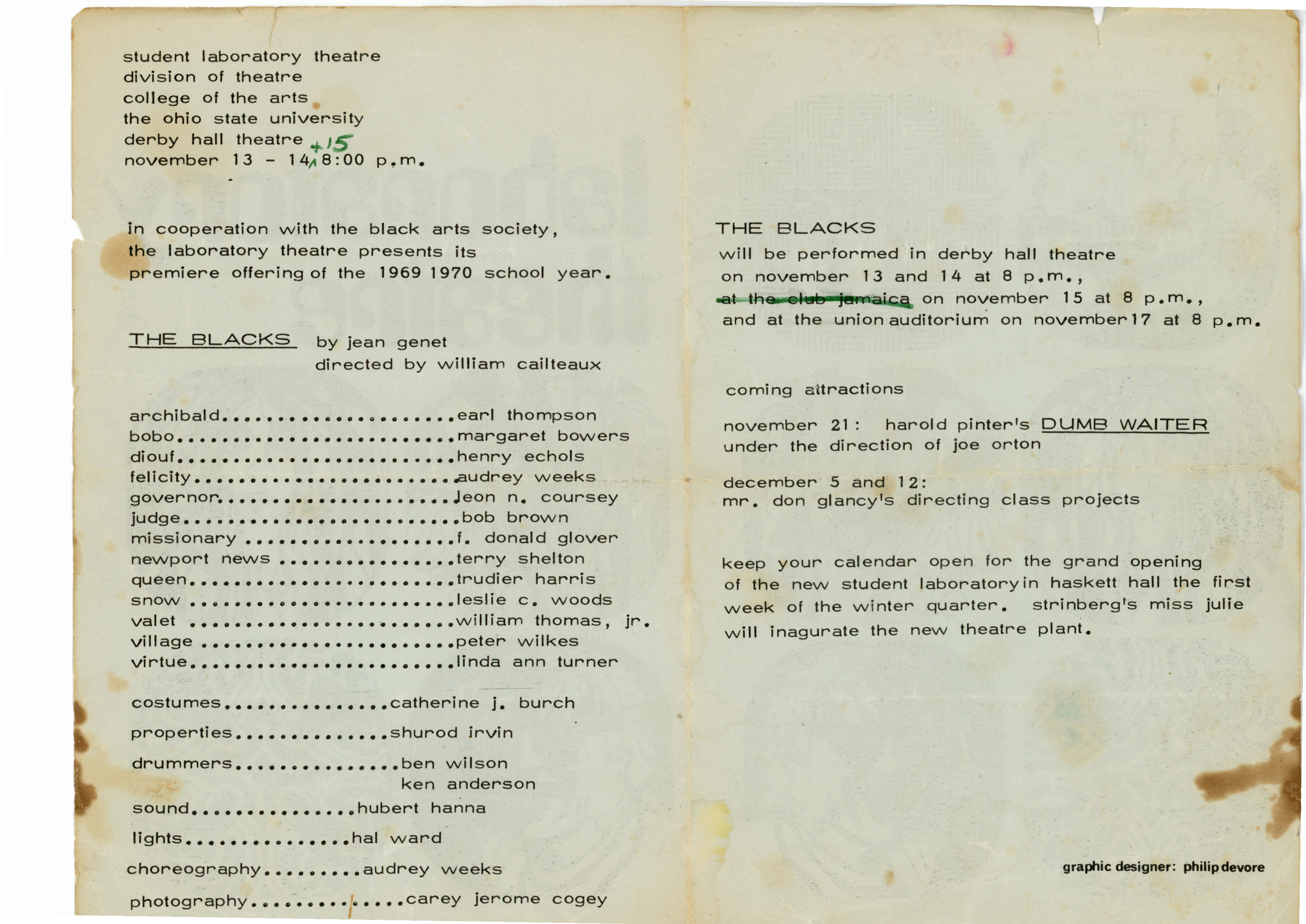 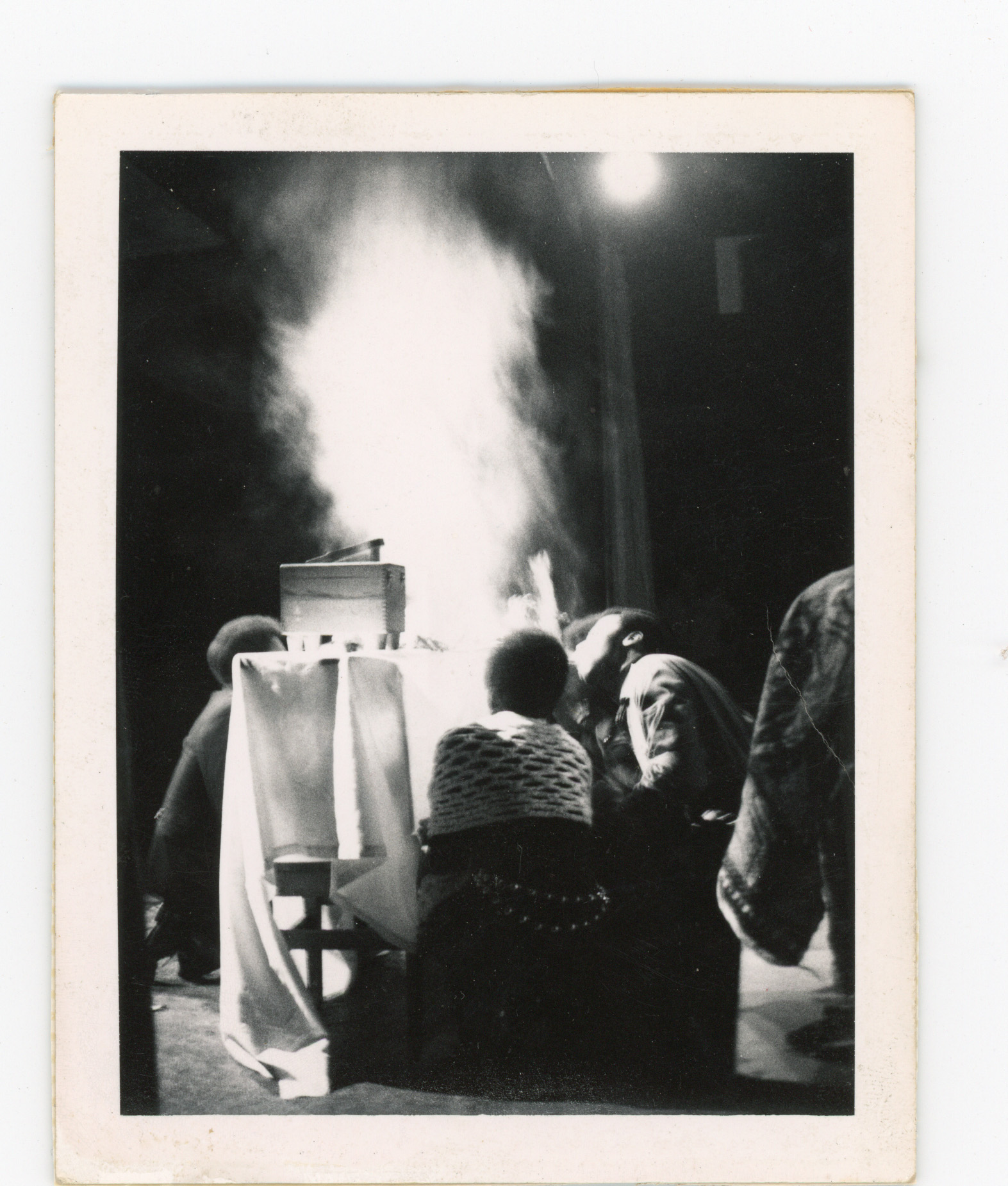 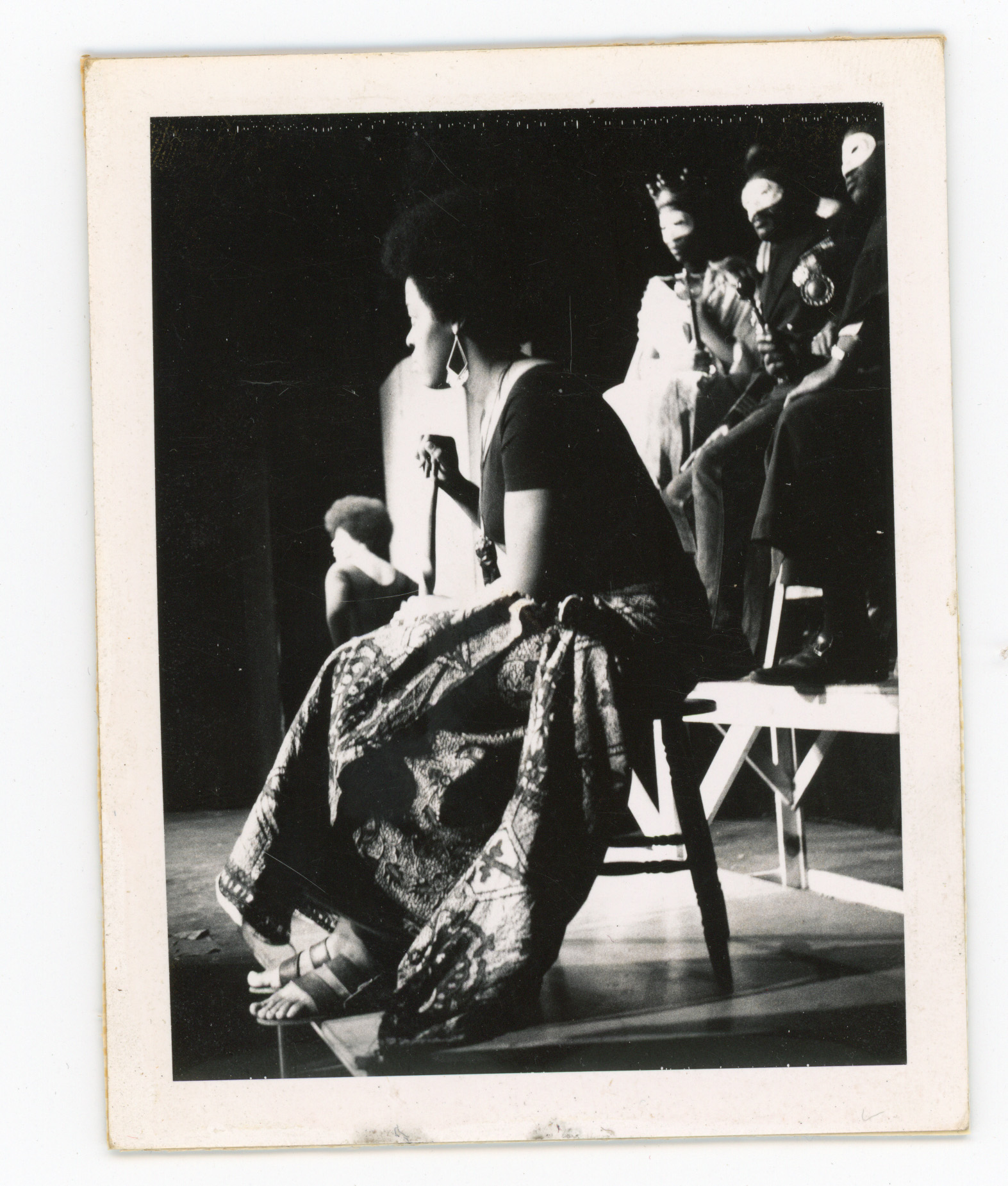 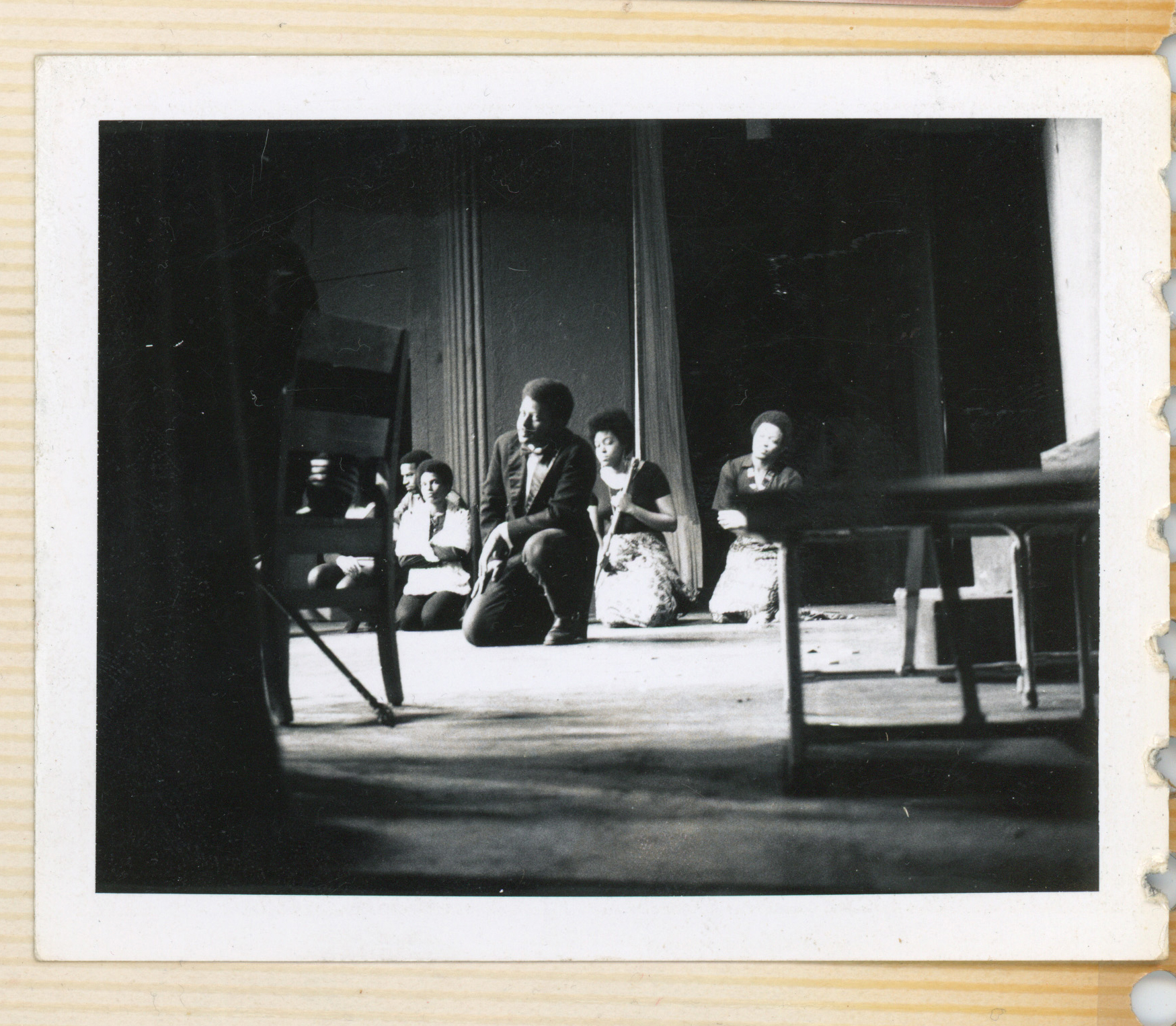 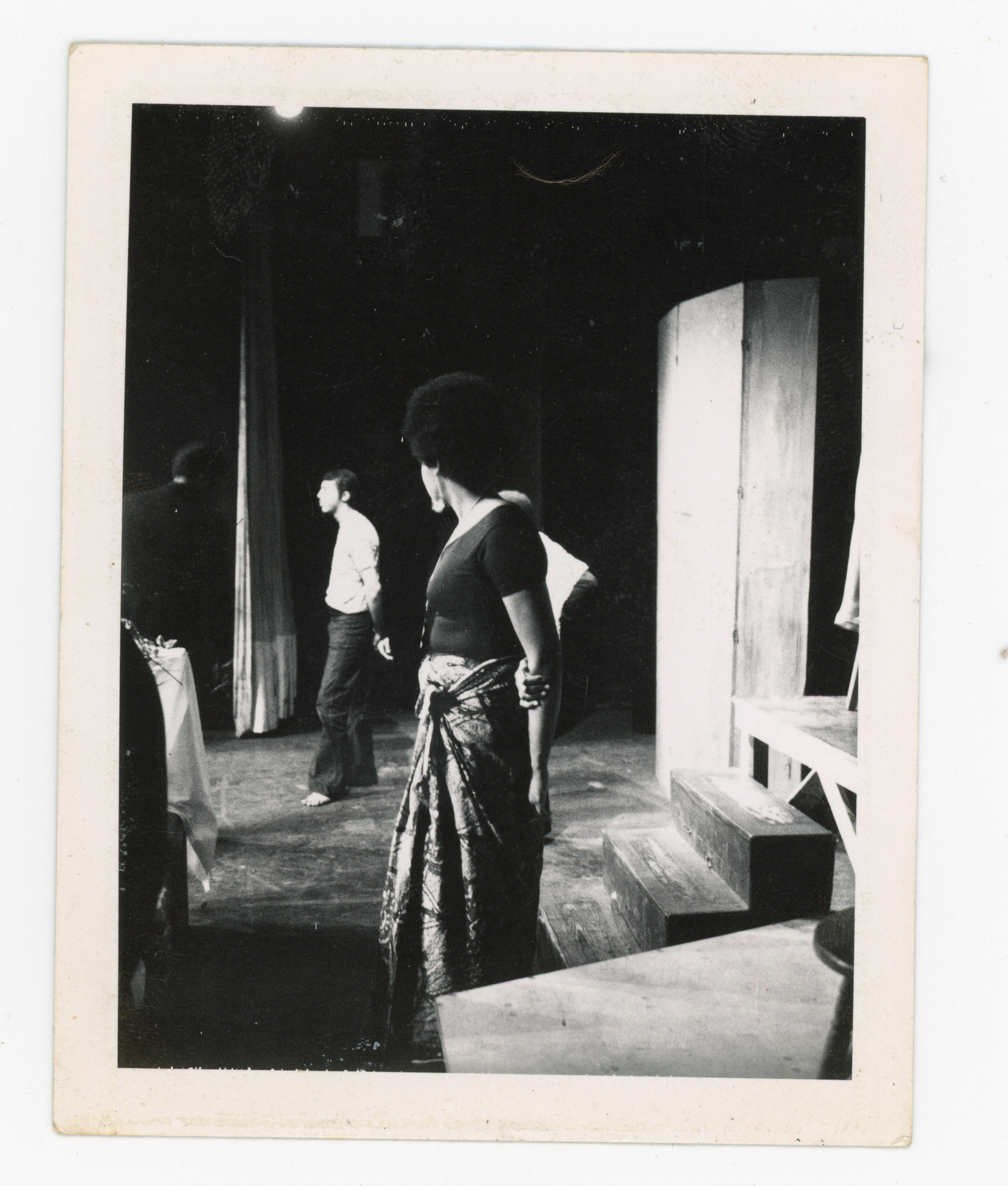 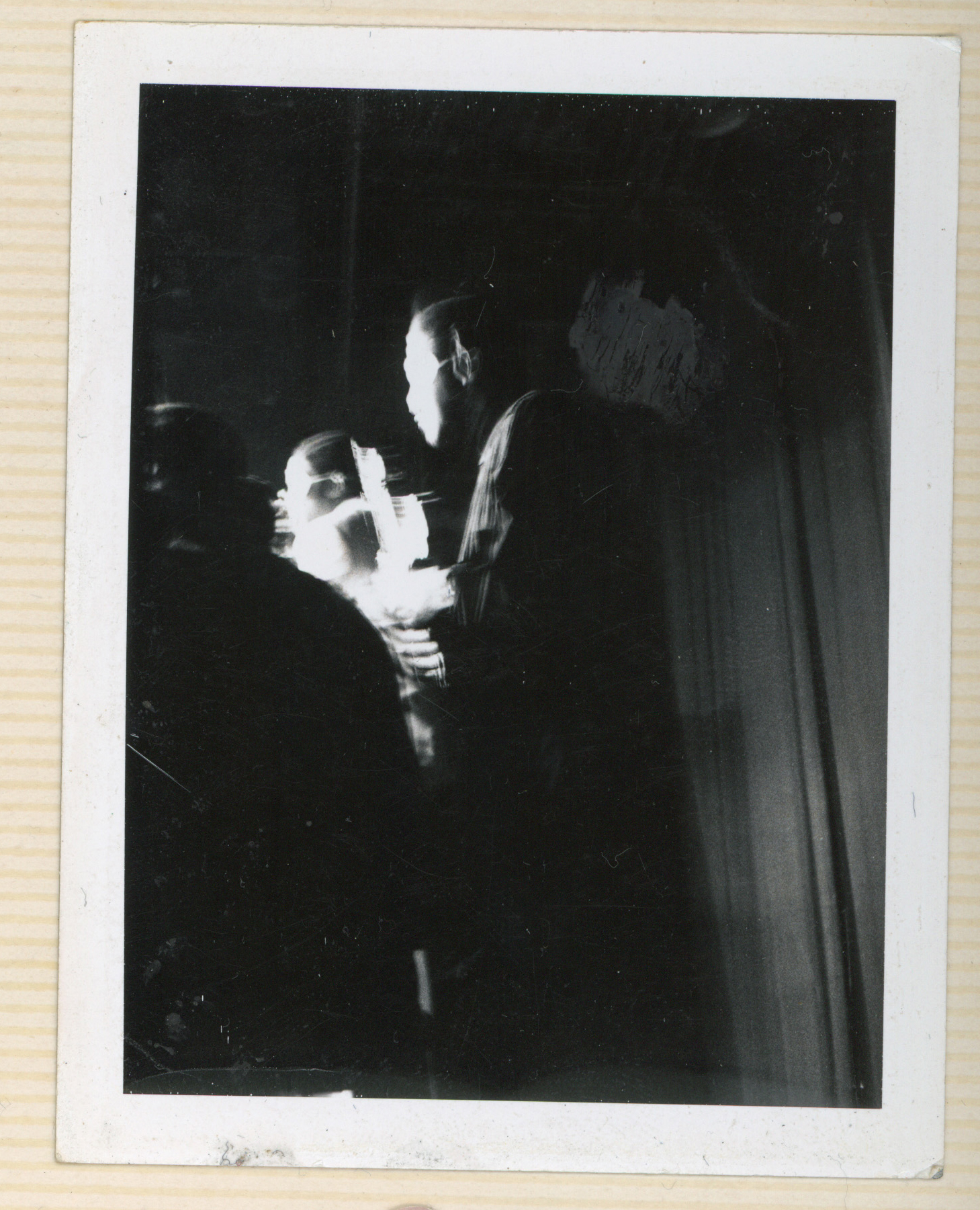 Program and images from a production of Jean Genet’s play, The Blacks, by the Ohio State University (OSU) student group, The Black Arts Society. The performance was part of “Black Culture Week” at OSU in 1969.

Notes: The Blacks is a provocative play written by a white French man, which is it’s own controversy. It premiered in Paris in 1959 and in New York in 1961 with a now all-star cast, including James Earl Jones, Louis Gosset Jr, Cicely Tyson, and Maya Angelou. The Black Arts Society was first organized under the local NAACP but became active as a student group at OSU in October of 1969, making this play likely its first production on campus. The choice of play indicates a radical positionality for the group, its members like Umi, and its vision for the arts. Umi was 19 when she played the role of Felicity and was the show’s choreographer.