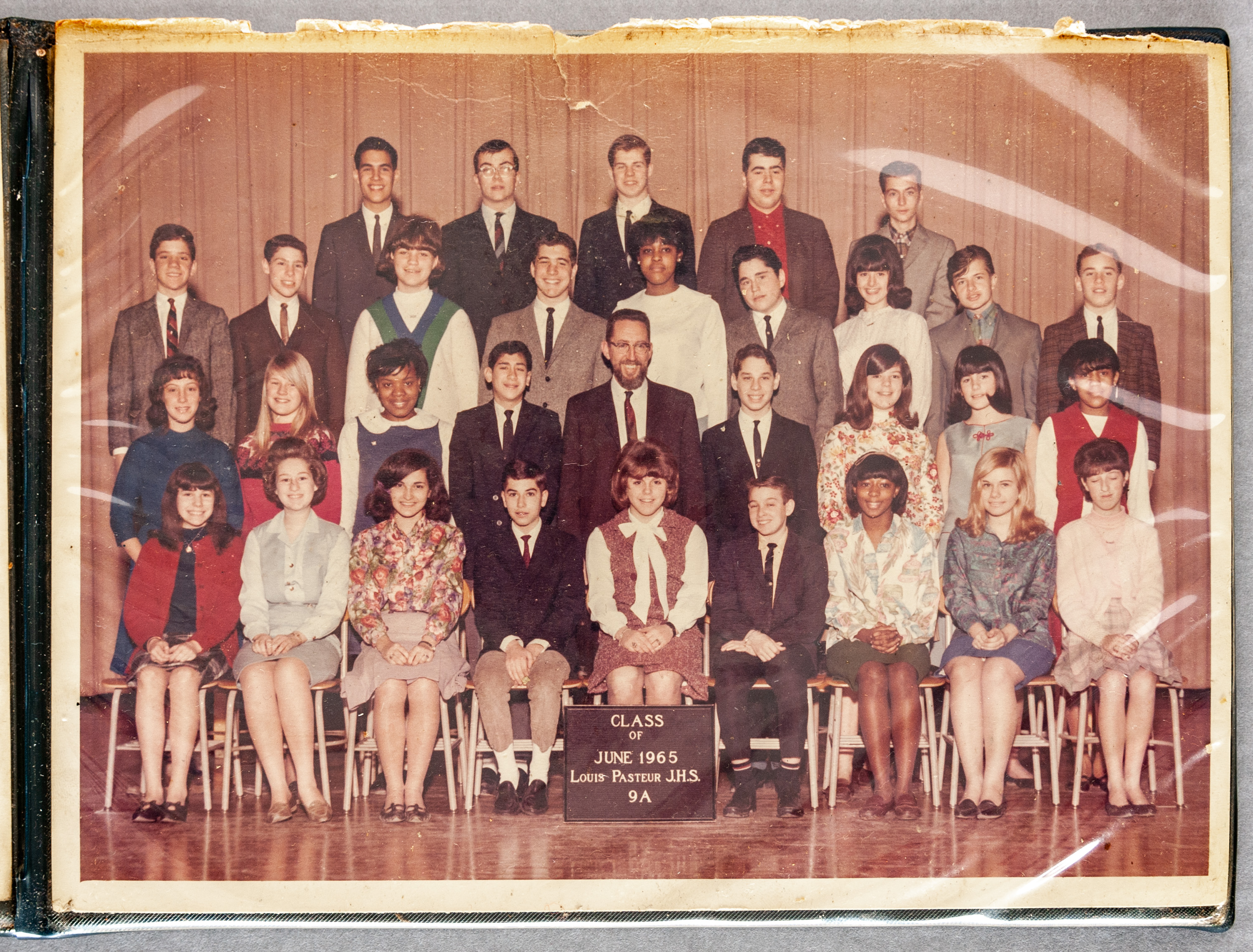 Photo of Umi and her graduating class from junior high school.

Notes: Umi was in the first class of Black students to integrate Louis Pasteur Junior High School located in Little Neck, NY, a neighborhood in Queens and the ancestral homeland of the Matinecock nation. A 2001 New York Times article notes that most students live walking distance from the school. However, Umi was bussed to JHS 67 during a time of charged debate over busing versus decentralization and community control of schools. According to her friend, Violet Avery, they had to catch a bus on New York (now Guy R. Brewer) around 6 a.m. to attend the school, whose population was white and Jewish. As some of the notes from her autograph book indicate, their attendance was not completely welcome. In 1966, the year after she graduated, the school had a new principal, James G. Murray, who asked for a “stay” of the integration plan, saying, “Right now, it’s just a gimmick to satisfy certain pressure groups that are more interested in a numbers game than in the education of children.”