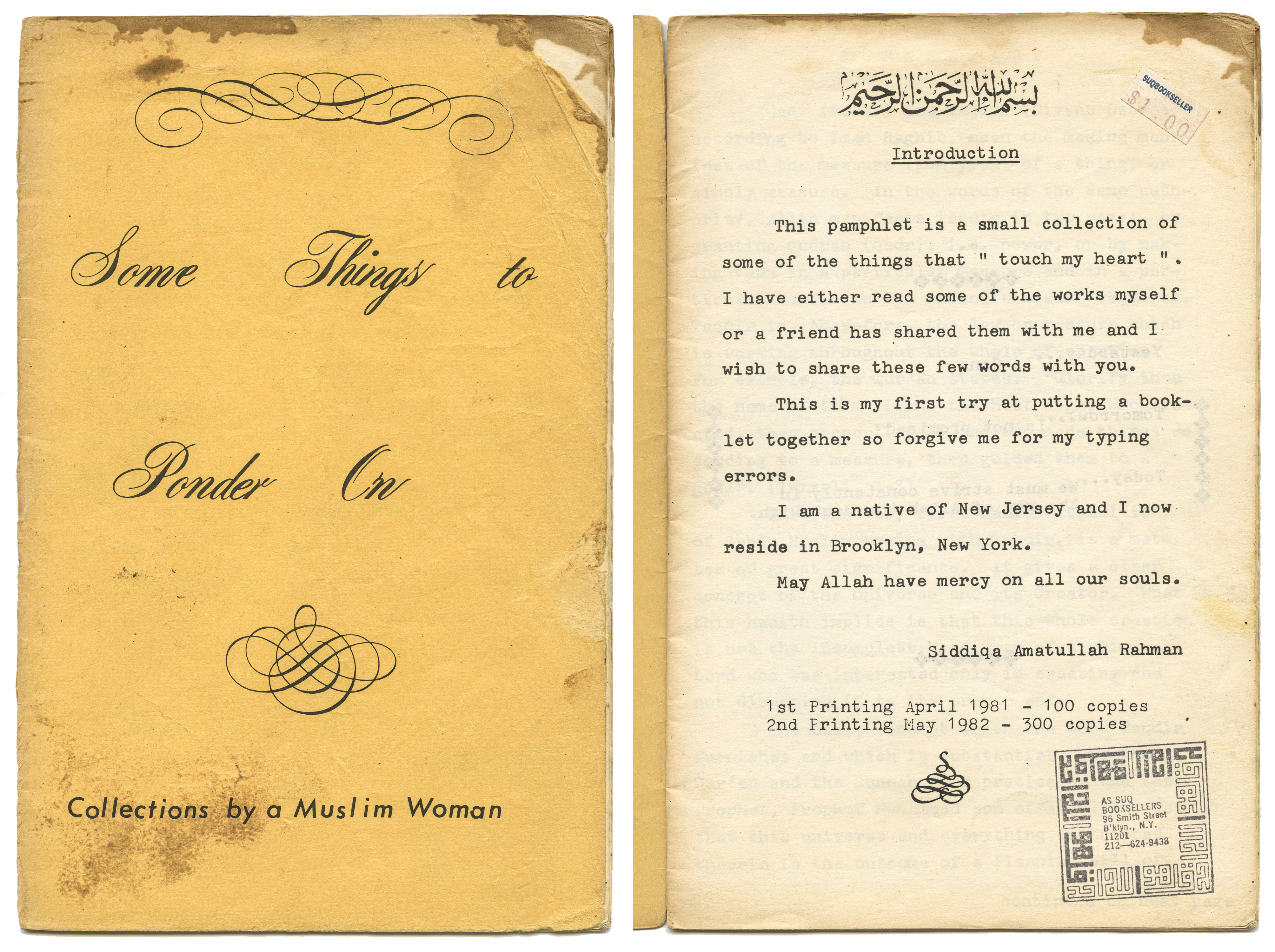 Notes: Siddiqa Abdur-Rahman was a friend of Umi's. She says her intention in making this booklet, she typed it and hand pressed the stencil, was to “ follow a sunnah and leave some good so, Insha'Allah, my blessings could continue after death. My other intention was exactly as I mentioned in the booklet, to "share writings that touched my heart". She also created an attributes of Allah pamphlet and a yearly Islamic Calendar (good for every year) booklets. Based on the stamp, Umi purchased the booklet from Siddiqa’s family-owned store, As-Suq. As-Suq, whose longest brick and mortar location was at 98 Court Street, just a few blocks from State Street Mosque, was a center of knowledge and culture for Muslims, particularly Black Muslims in New York City through the late part of the 20th century.