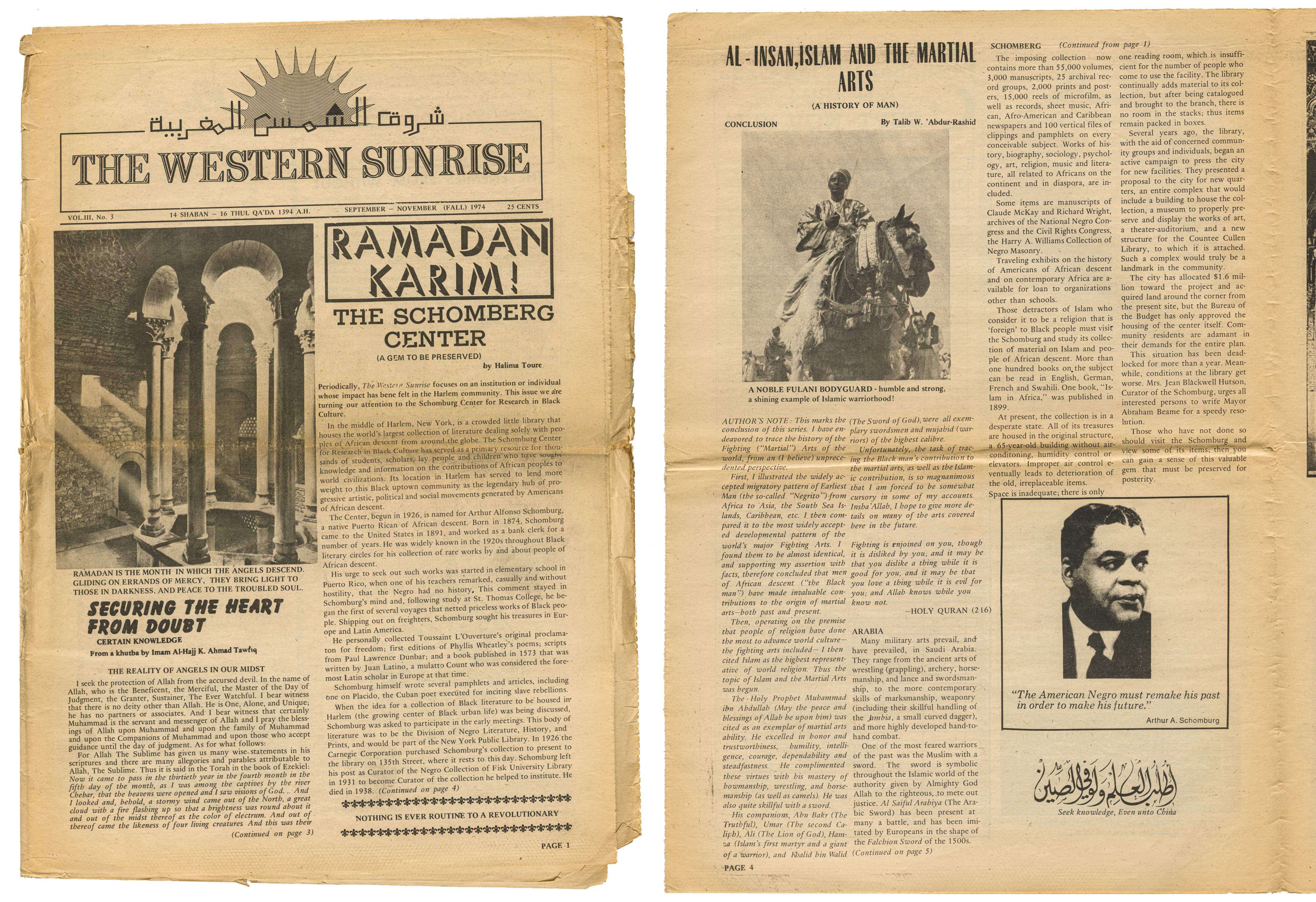 Ramadan 1974 issue of The Western Sunrise.

Notes: Features an article by Halima Toure on the significance of the Schomburg Center for Research in Black Culture in Harlem, NY. Toure's coverage includes description of the fight for a new space and the Center's archival materials that demonstrate Islam is not "foreign" to Black people. A journalist, now professor and writer, Dr. Halima Toure, contributed to the development of The Western Sunrise (1971-1981) and was also a founding member the Mosque of Islamic Brotherhood (MIB) which established the paper. Based in Harlem, MIB traces its lineage to the the Muslim Mosque Inc., established by Malcolm X/El Hajj Malik Shabazz. The full issue is available at the After Malcolm Digital Archive.