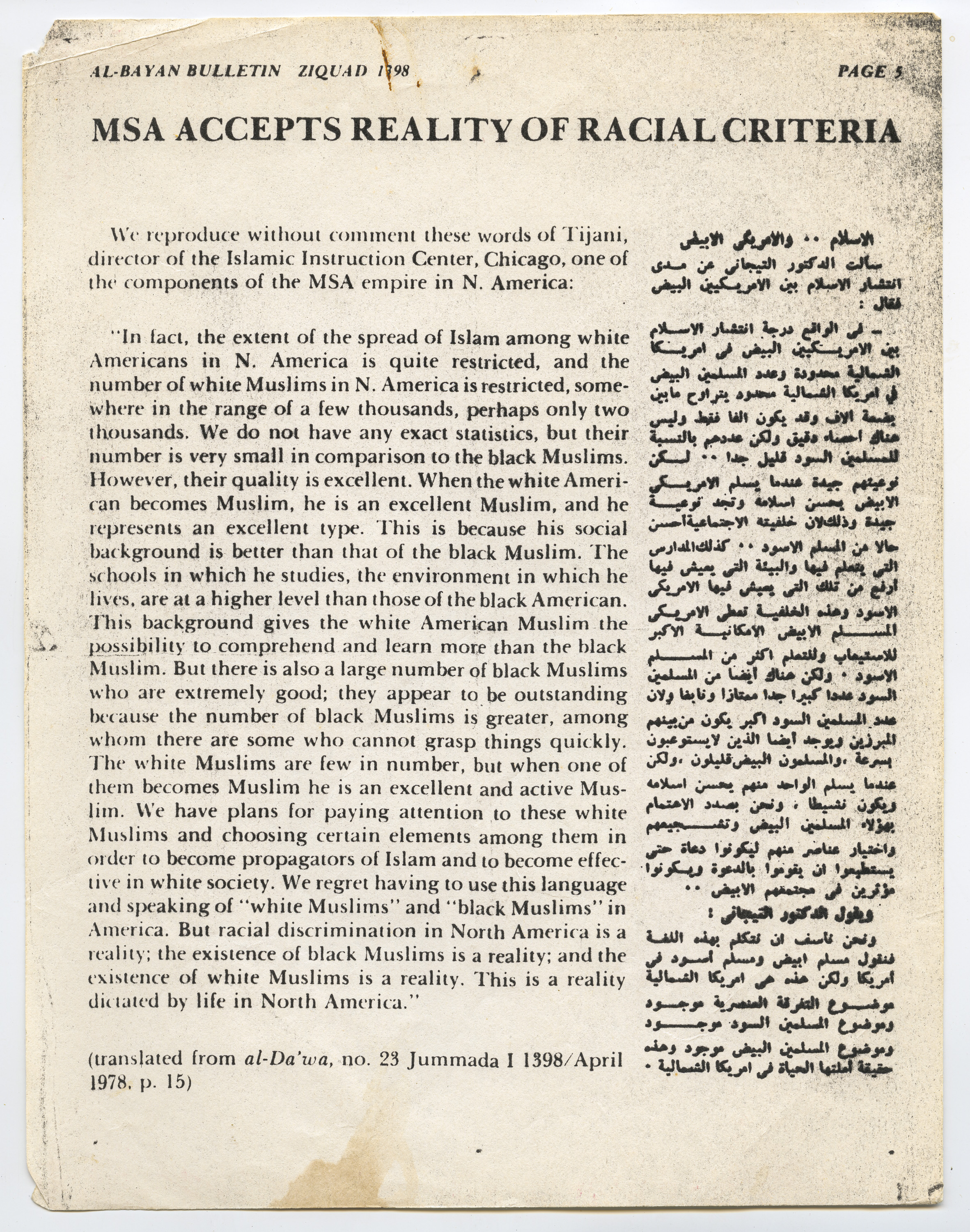 Photocopy of a republication and translation of an excerpt from an article that initially appeared in the Cairo-based al-Dawa magazine.

Notes: The bulletin Al-Bayan was produced in the Bay Area between 1976 and 1978. “MSA Accepts Reality of Racial Criteria” was written by a Sudanese graduate student who had by 1978 been living in the United States for seven years. This opinion offered by this student, who was in MSA leadership, reevaluates the benefit of the high numbers of Black converts to Islam. In “accepting” the racial reality of this country, the author argues that plentiful Black US American conversion would not help advance Islam in the United States. While attempting to be “pragmatic” the author’s reproduces the white supremacist power he appears to have some, albeit muted, critique of. That he is a Black man is a notable reminder that you don’t need to be white to reproduce white supremacy.