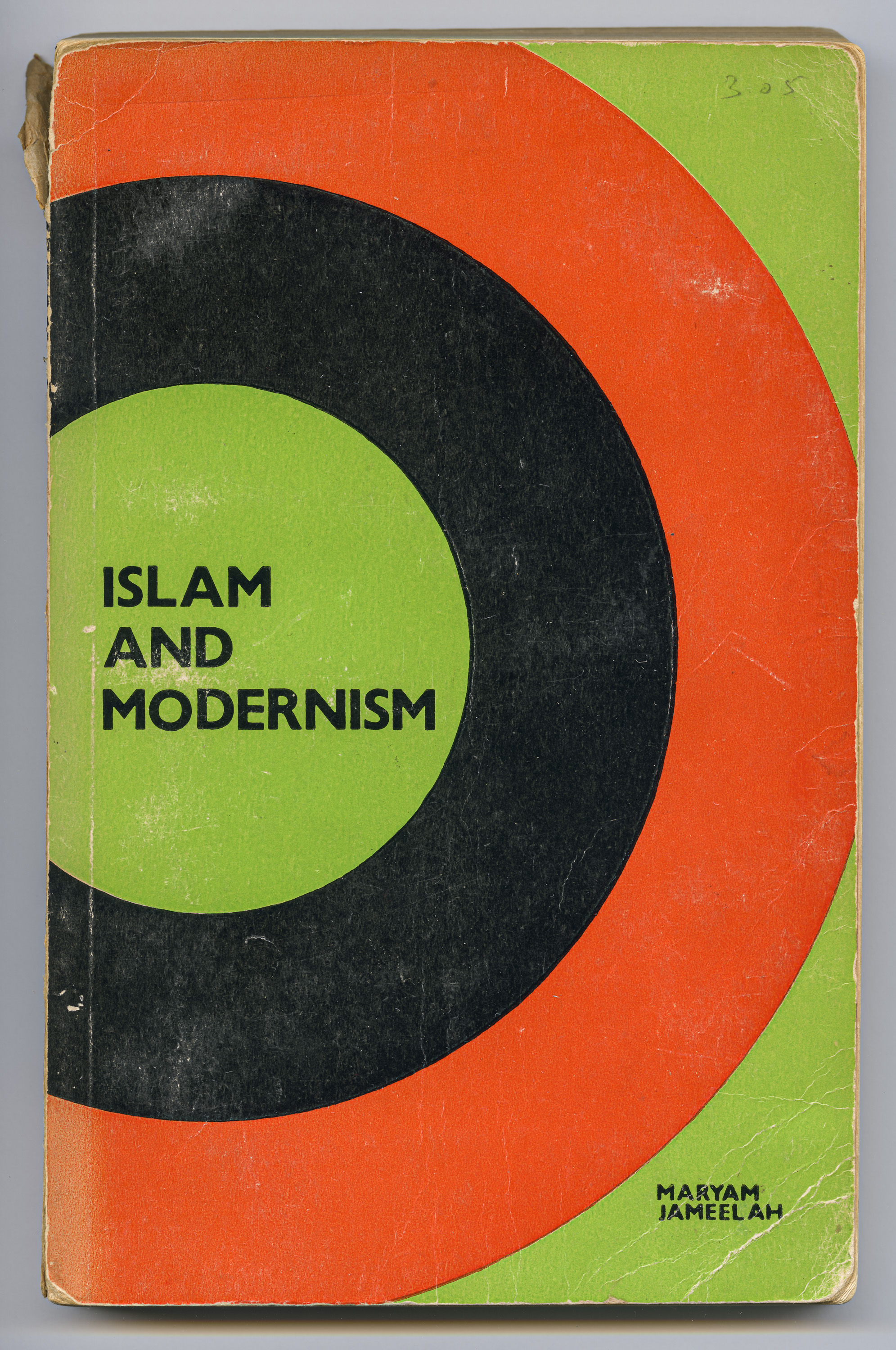 A collection of essays on a number of philosophies and historical figures to argue for the preeminence of Islam in the fundamental conflict between "modern cultural values and the teachings of Islam."

Notes: According to publisher and author: "This work is intended for European and American Scholars of Islam and Their Disciples in Muslim Lands." The author, Maryam Jameelah, was a white US American Jewish convert to Islam. She converted to Islam in 1961 in New York and later migrated to Pakistan under the tuteleage of Sayyid Abu A'la Mawdudi where she continued to write on "Islam and the West."