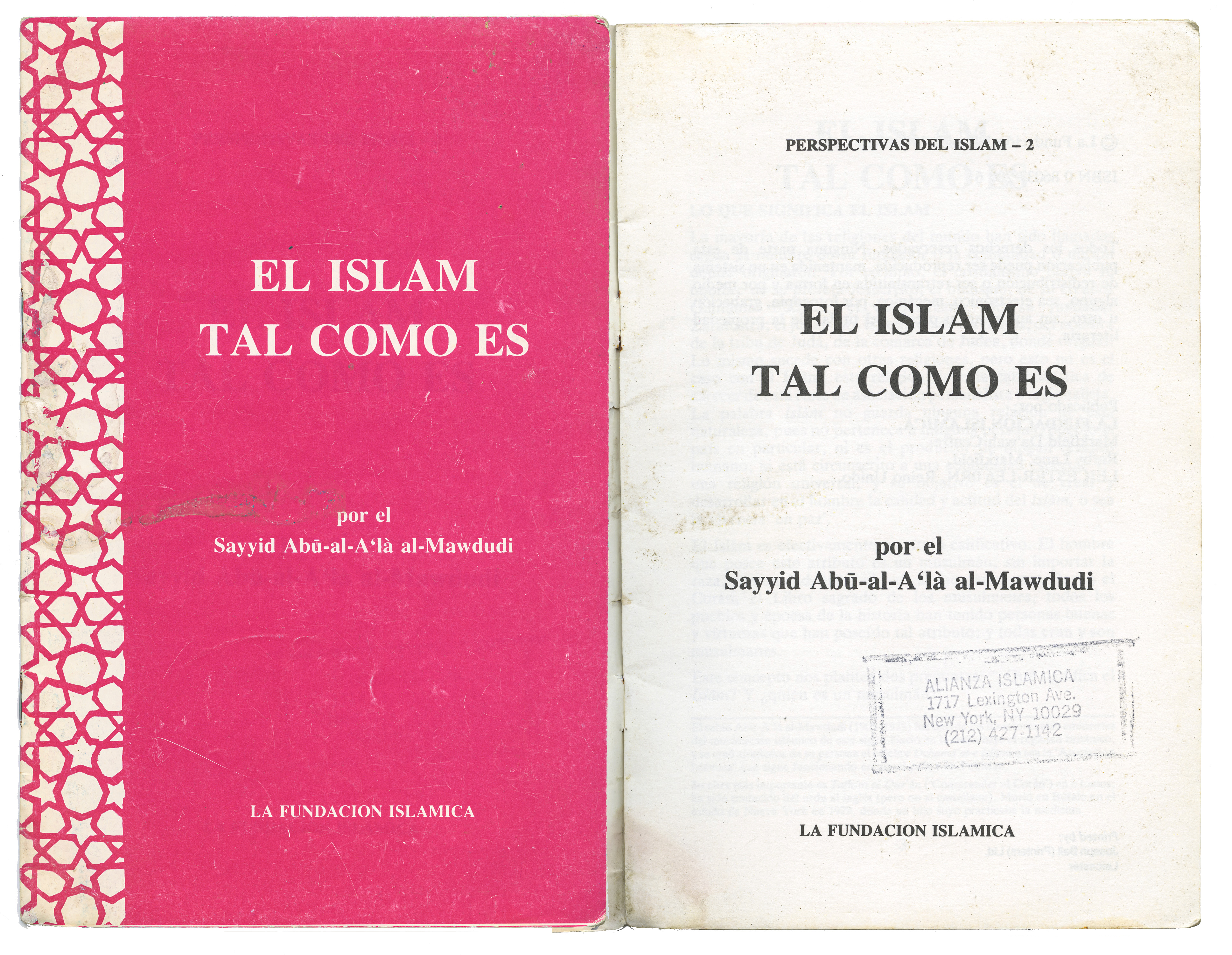 Notes: The book carries the stamp of Alianza Islamica. Alianza Islamica is the first Latinx Muslim organization in the United States. It was founded in 1975 by a group of Puerto Rican converts to Islam from "El Barrio" in New York City. Alizana's founders were part of social movements like the Young Lords, which informed their intiatives as Muslims.