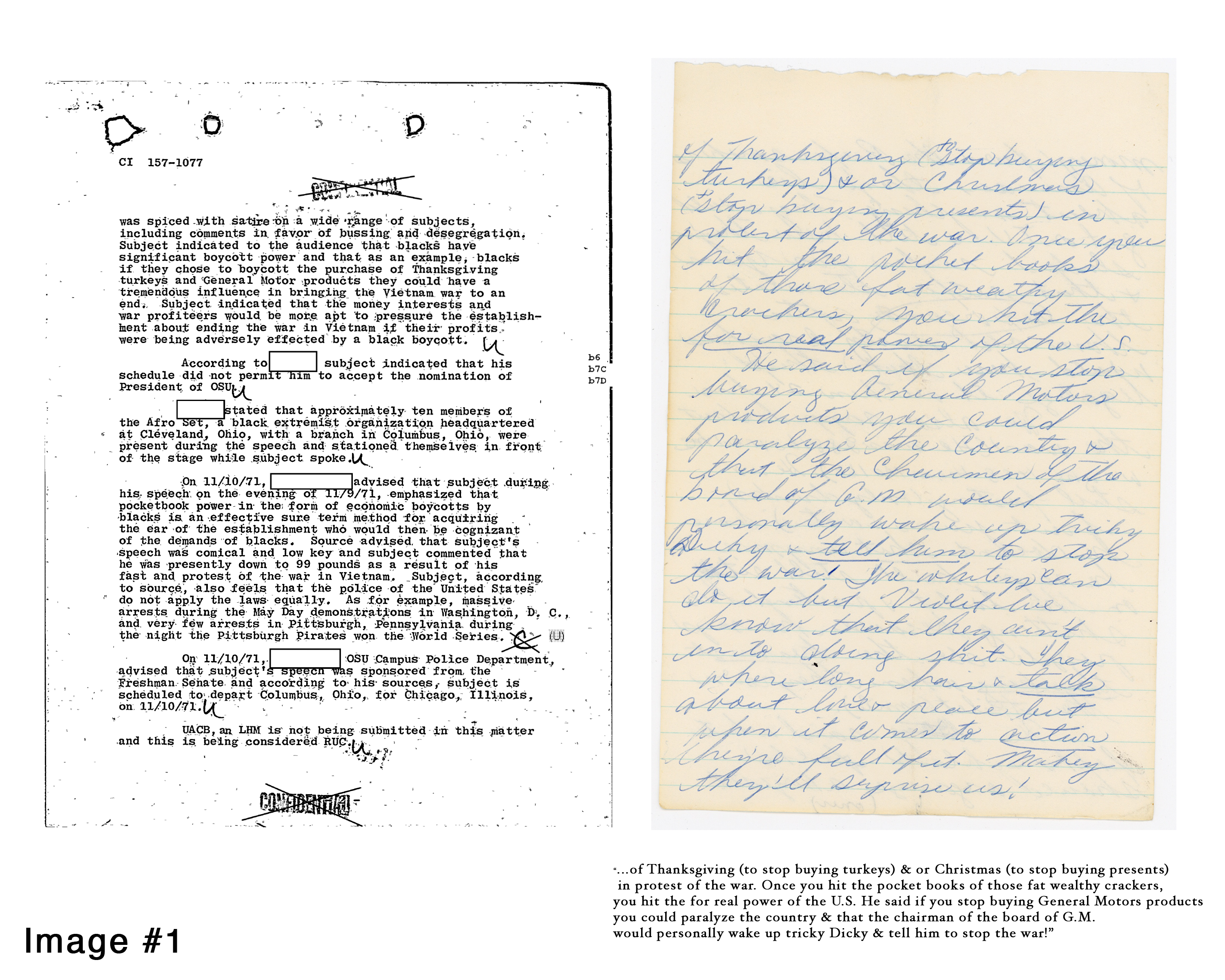 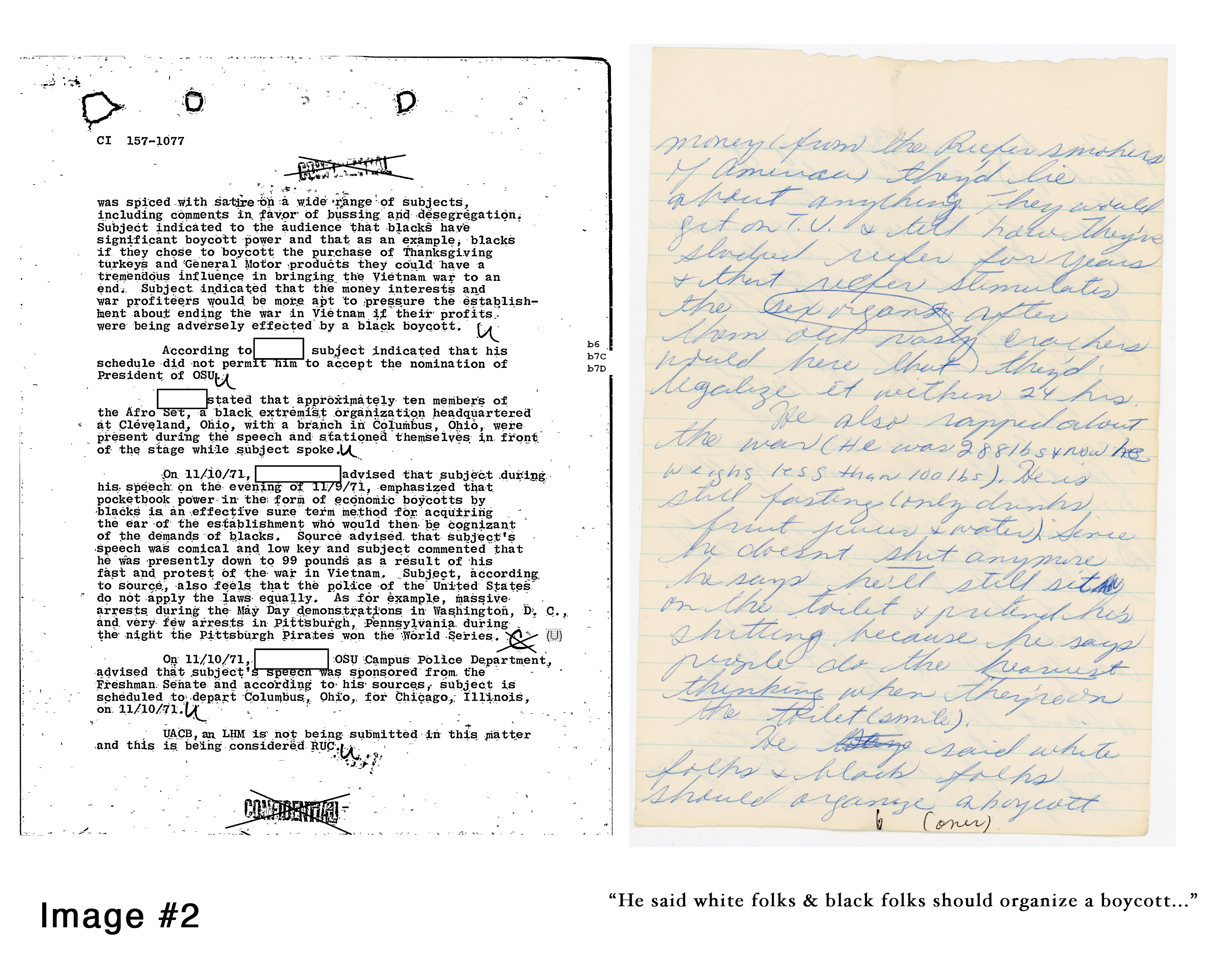 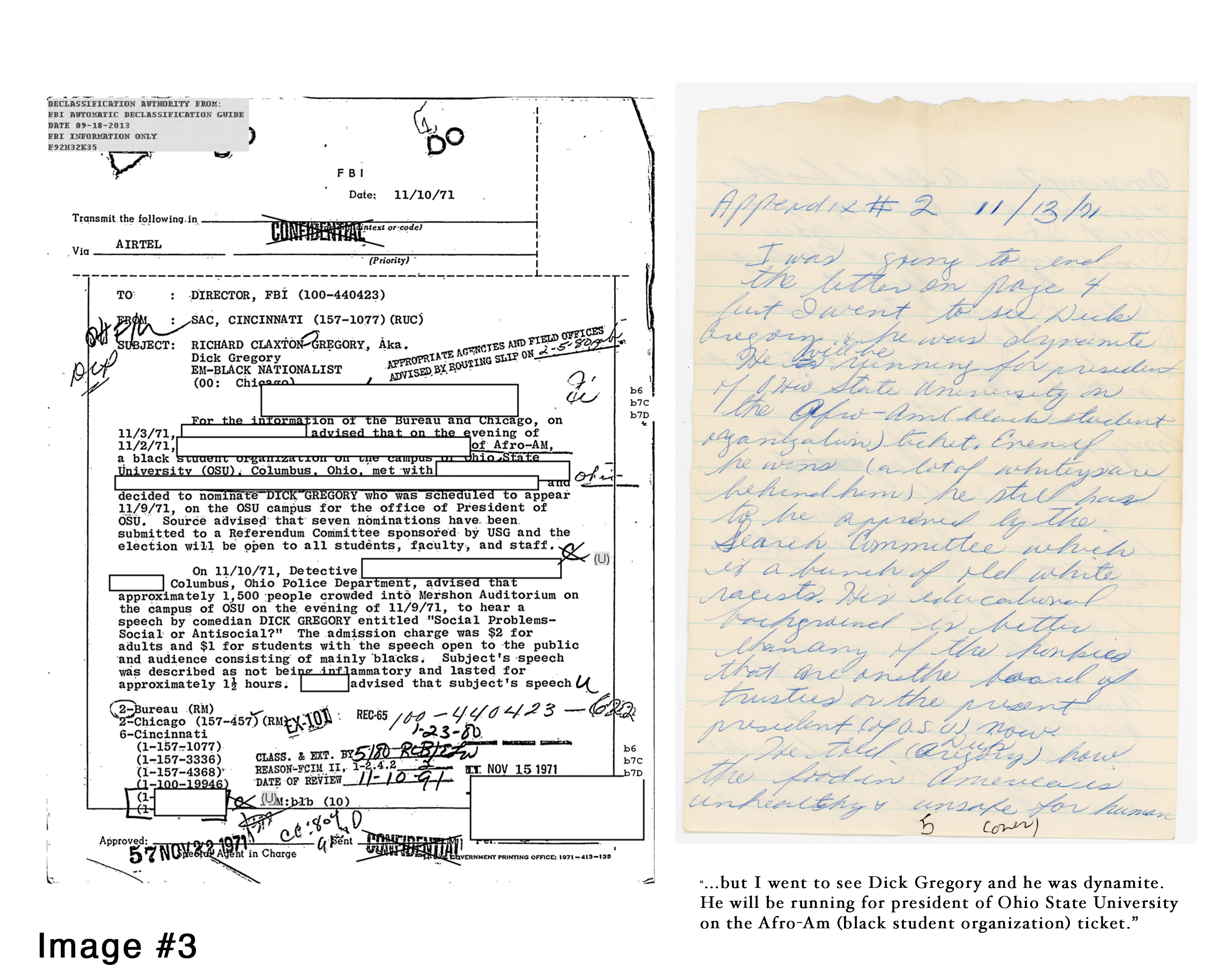 This collection is a comparison of a letter written by Umi in 1971 that I found in 2018. In the section of the letter shared here she describes a lecture by comedian Dick Gregory given at Ohio State University (OSU) where she was a student. While doing a google search about Gregory’s visit, I came across the Federal Bureau of Investigation’s file on Gregory, redacted and released via the Freedom of Information Act in 2013, that also describes his visit to OSU. At the time of this visit, Gregory had already been under FBI surveillance for four years under J. Edgar Hoover's, Counterintelligence Program (COINTELPRO).

When comparing these documents, the FBI report and Umi's letter, I was particularly struck by the similarities and differences in the two accounts. Both report on his weight lost from his political fast and his encouragement of an economic boycott to protest the Vietnam War (see image #1). However, Umi's letter reports that Gregory encouraged Blacks and whites to engage in an economic boycott whereas the FBI report claims he only encouraged a Black boycott (see image # 2). Incidentally, the article from the school paper, The Lantern, matches Umi's account.

I also noted, chillingly, that the FBI account details the Afro-Am student group's decision to nominate Gregory, which includes referencing names (now redacted) and the day of the decision (see image #3). At that time the Afro-Am group had restricted access to their meetings to the press and likely all other non-members. Umi who was a student at the time and a member, yet her letter does not provide the same detail (see image #3). Maybe she didn't think it was important to include or maybe she didn't have that detail because she was not at that meeting. But it is clear the FBI was. The surveillance for Gregory’s visit was coordinated between the FBI, local Columbus Ohio law enforcement and Ohio State campus police.